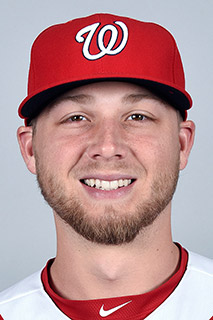 Nearly every year we talk about the Options status of the 40-man, and what it means for spring training. And this year is no different; nearly every year the options availability (or lack of them) helps drive some edge-of-the-roster decisions and the team ends up keeping players at the expense of others, often times in stark contrast to fan-perceived value or merit of inclusion.

Here’s a run-through of the Options status of the current 40-man roster. I have uploaded my Options Analysis annual spreadsheet to the Big Board; it is one of the 2021 tabs. Direct link here. The online XLS has a ton more information than we show here: it has updated Service time, first added to 40-man, known years optioned and some notes.

For completion, here’s a quick run-through of all the categories:

Category 1: Vets who can refuse demotion (5 or more years of service)

Interesting tidbits about this group:
– Castro, Zimmerman and Avila never once burned an option
– Schwarber just got his 5 years of service time last season.
– Zimmerman earned 10&5 rights in 2015, and Strasburg earned it last year.
– Of this group, only Hand actually burned three options. Then, he didn’t make the Miami team out of spring training in 2016 so they had to DFA him; San Diego claimed him and he began to flourish from there.

You may quibble perhaps with Finnegan being called “entrenched” but for now, his 2020 season has him being a lock for the pen in my book.

Interesting tidbits about this group:
– Turner and Bell will reach 5 years of service time in 2021, which means they would be able to refuse an option.
– Neither Soto and Finnegan has ever been optioned.
– Turner’s 2015 nonsensical call-up ended up burning the team dearly; he achieved Super2 by just a few days and the Nats have been on the hook for millions more than they “needed” to spend.

Category 3: Options Available and not a lock for the 25-man roster.

I count 5 players in this category for 2021: Kieboom, Clay, Garcia, Fedde, and Harper.

Each of these players needs some discussion.

Category 4: Players with options who are almost guaranteed to be optioned out of Spring Training.

Lets take these guys by category:

Category 5: Players out of options.

We have 3 players out of options for 2021: Ross, Voth and Stevenson.