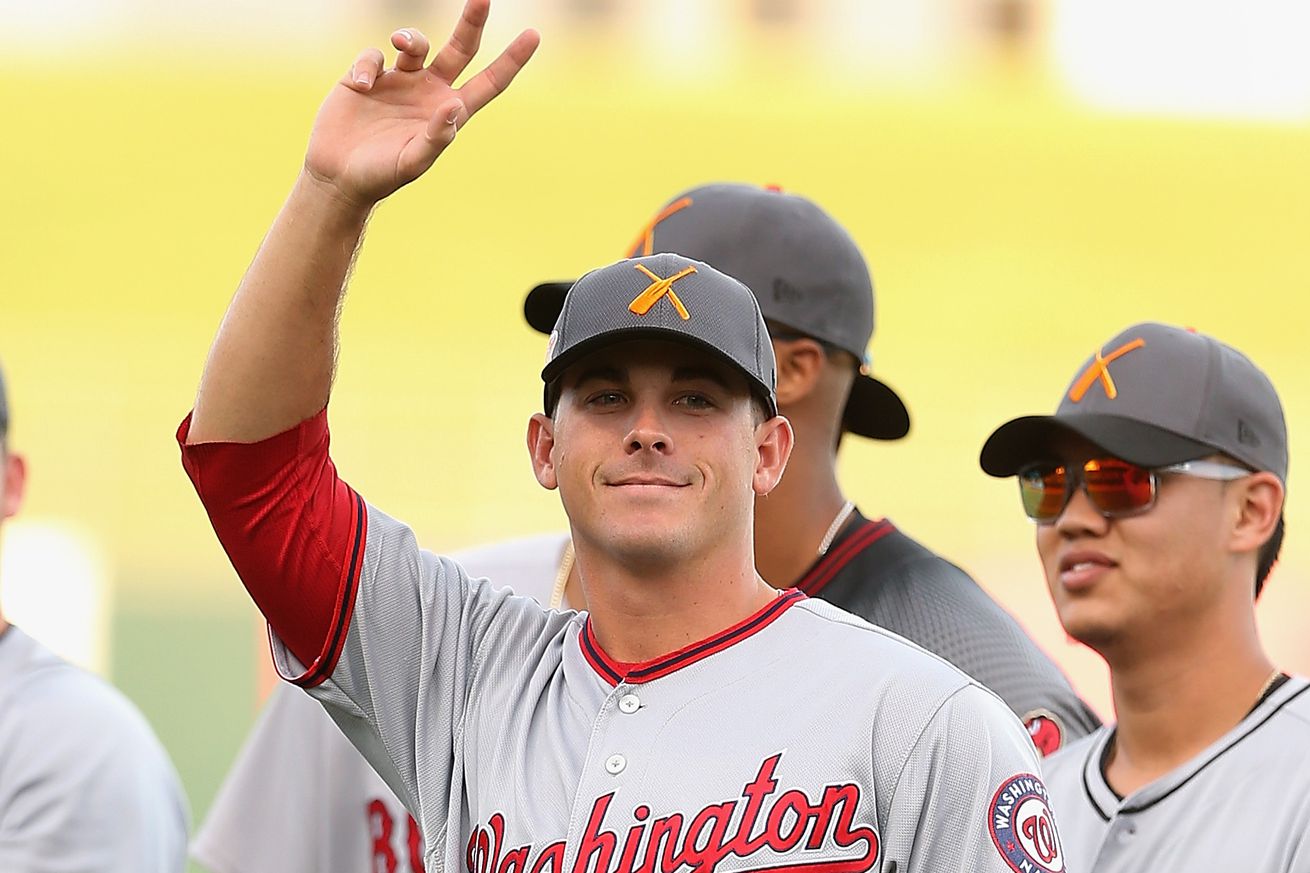 Washington’s Nationals announced this afternoon that they have added left-hander Ben Braymer to the 40-Man roster in order to protect him from selection in the Rule 5 Draft.

In advance of today’s deadline to add Rule 5 Draft-eligible players to the 40-Man Roster in order to protect them from selection, Washington’s Nationals announced that they added left-hander Ben Braymer.

Braymer also, “led Washington’s Minor League system with 26 starts, ranked third with 139.0 innings pitched and sixth with 116 strikeouts in his fourth professional season in 2019,” as is noted in the Nationals’ press release on this afternoon’s roster moves.

At Double-A, the Nats note, “[Braymer] allowed two earned runs or fewer in 11 of those 13 outings.

“He held opposing batters to a .190 batting average (56-for-294) with just seven home runs, including just two homers across his final eight Eastern League starts,” before he struggled in his first exposure at Triple-A.

The decision to add Braymer to the roster leaves the Nationals with 31 players on their 40-Man roster.

MLB.com’s Jonathan Mayo broke down the rules for eligibility in the Rule 5 Draft in a recent article about notable names that needed to be added to each club’s 40-Man roster in order to protect them from selection:

“Players first signed at age 18 must be added to 40-man rosters within five seasons or they become eligible to be drafted by other organizations through the Rule 5 process. Players signed at 19 years or older have to be protected within four seasons. Clubs pay $100,000 to select a player in the Major League phase of the Rule 5 Draft.

If that player doesn’t stay on the 25-man roster for the full season, he must be offered back to his former team for $50,000.

“For this year, that means an international or high school Draft pick signed in 2015 — assuming he was 18 or younger as of June 8 of that year — has to be protected. A college player taken in the 2016 Draft is in the same position.”

Mayo listed the players on the MLB Pipeline’s rankings of the Top 30 prospects in the Nats’ organization who were eligible for selection this winter:

Assuming the Nationals don’t announce other names separately, that means those names listed above (-Braymer) will be eligible for selection in this year’s Rule 5 Draft, which will be held on Thursday, December 12th, at the end of the 2019-20 Winter Meetings.