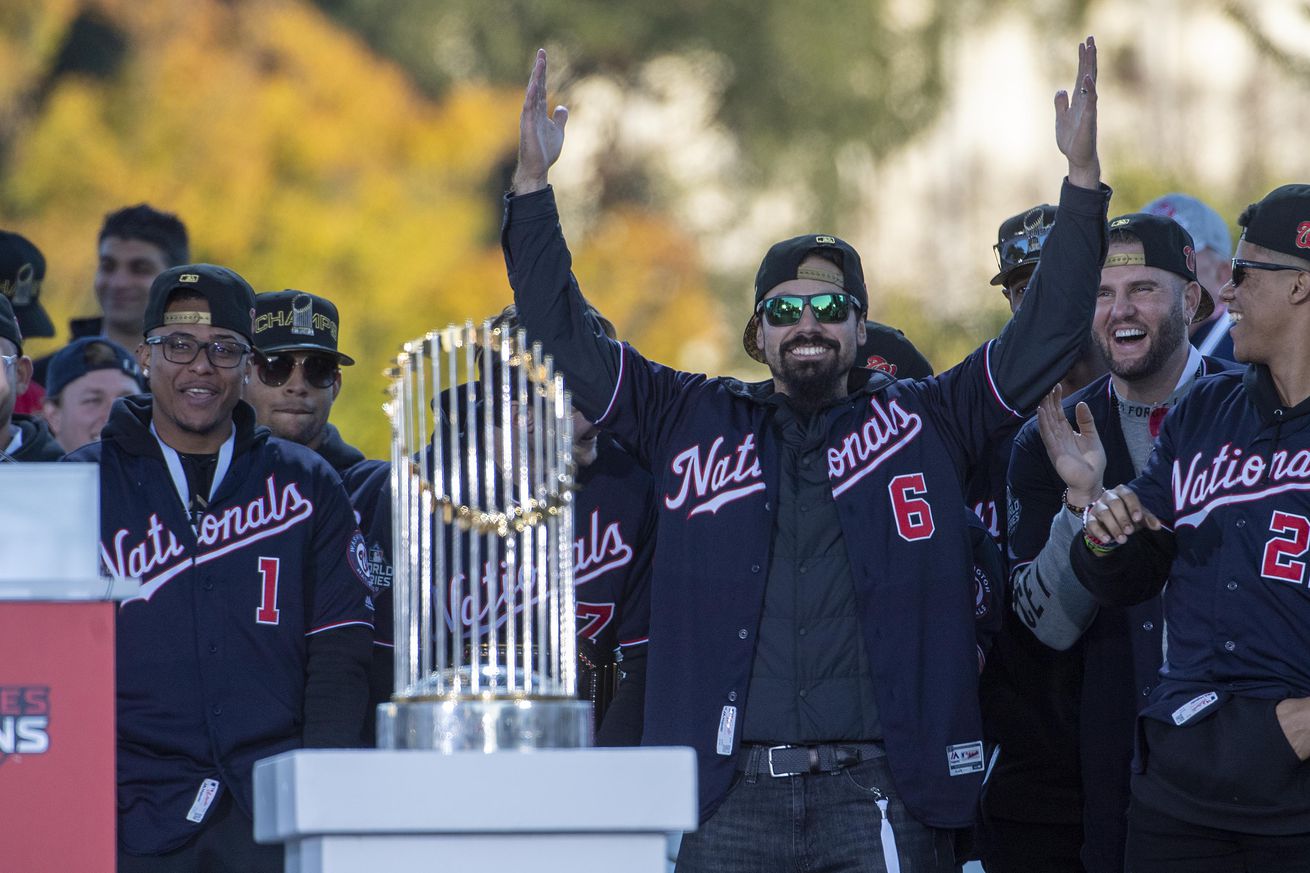 Anthony Rendon didn’t let Harold Reynolds get away with mentioning the Nationals’ 19-31 start to the season when they ended up winning the gall dang World Series.

Whatever you do, don’t start a question about Anthony Rendon’s big 2019 campaign with a note about the Washington Nationals’ 19-31 start, when they ended up taking the gall dang World Series!

MLB Network host (and former major leaguer) Harold Reynolds learned that lesson the hard way last night as they handed out the awards for the American and National League’s Most Valuable Players.

Reynolds mentioned the Nationals’ record over the first 50 games while talking to the 29-year-old free agent third baseman, who ended up a finalist for the NL MVP after setting a number of career marks in his seventh big league campaign.

“Oh, man, well first off, why are you bringing up old stuff?” Rendon asked rhetorically in response. “19-31, that was in May, that’s in the past.”

“You can’t just start off with something negative and then try to build on from that.”

Reynolds apologized, with a laugh, and restructured his question to mention the Nationals’ World Series win and Rendon’s exploits first, at which point Rendon politely responded to the initial inquiry, which basically asked how he’d remained focused and consistent when things got off to such a bad start.

“I just think it’s a long season,” Rendon said. “So, no matter if as a team we started off slow or if as personal stats we started off slow, I think all of us understand, everyone that has played this game or that is playing this game now understands that it’s a long season, you’re not going to win a division, you’re not going to win personal stats titles or whatever in the first month of the season, so you know you’re going to have 162 games, you’re going to have six months to play this game, and playing every day is going to be a grind, so you kind of got to focus on the next day and have short-term memory loss.”

He finished the regular season at a career-high 7.0 fWAR.

Rendon was ranked first in the NL in RBIs and fWAR, was tied for first in doubles, ended up ranked second in OBP, and tied for second in multi-hit games (55), was third in AVG, runs, and SLG, and was tied for third in total extra-base hits (81).

He ended up finishing third in voting for the 2019 NL MVP, (though he did receive one first place vote) with both the Los Angeles Dodgers’ Cody Bellinger (who won) and Milwaukee Brewers’ Christian Yelich finishing ahead of him in the voting, though Rendon can take some satisfaction in knowing that the Nationals did, in the end, eliminate the Brewers in the Wild Card Game and the Dodgers in the NLDS on the way to the World Series.

Winning NL MVP is also a reason to celebrate.