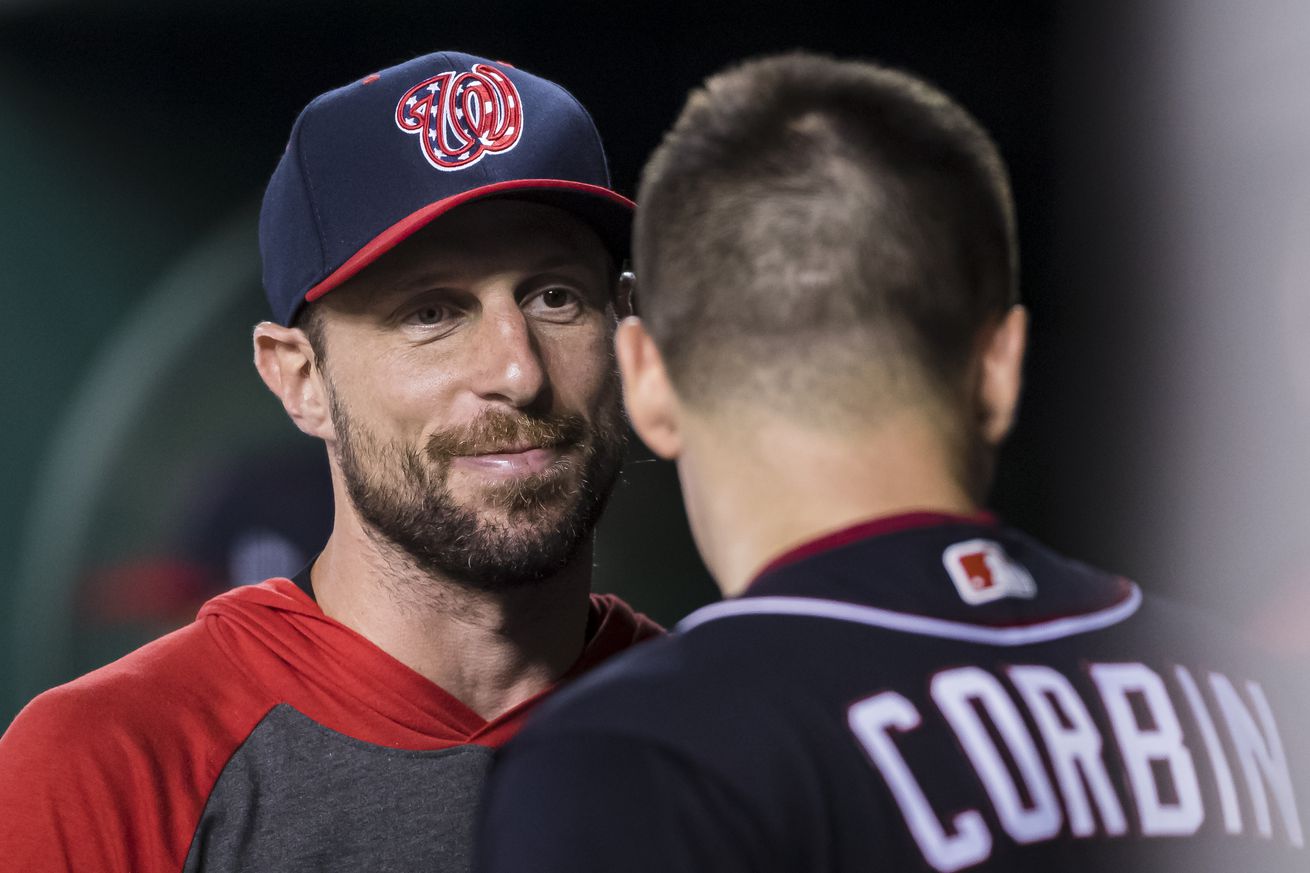 Max Scherzer (No. 4) and Patrick Corbin (No. 8) both made the MLB Network’s list of the Top 10 starting pitchers Right Now!

Two members of the Washington Nationals’ starting staff made the MLB Network’s list of the Top 10 starting pitchers Right Now!

Max Scherzer (No. 4) and Patrick Corbin (No. 8) made the list produced by The Shredder, which, “… considers player performance over the last two seasons, with an emphasis on 2019,” and operates, “without emotion or bias churning out a Top 10 list,” which looks at RA-9, ERA+, and FIP, (“which measures strikeouts, walks, and home runs allowed,”) and looks at other “Statcast metrics,” as host Brian Kenny explained, but not postseason performance.

The 35-year-old starter did, however, miss significant time, going on the 10-Day Injured List twice while he dealt with scapulothoracic bursitis and then a mild rhomboid strain in July-August.

“Before he got hurt,” MLBN host Ron Darling said on the show, “he had his lowest ERA in the first half that he’s every had at 2.30. After that, he just really fought issues all season long. I call him the gamer because it doesn’t matter if you have that injury, he will go out and somehow try to pitch through it. You saw that in the Postseason, of course. This might be the best free agent, huge free agent contract ever signed by a pitcher.”

“[Corbin] has adapted his game to what gets hitters out now and that is the breaking ball,” Darling said.

“His … usage of that slider has increased ten-fold, he’s a guy that goes out there and strikes out a lot of hitters. …He gets a lot of balls on the ground. Why? Well that slider to lefties, they roll over. The slider to right-handers, they hit the ball to the left side of the infield.”

…it’s a matter of *when* you get got by World Series champion Patrick Corbin’s slider.

Here are all 185(!!!) Patrick Corbin slider strikeouts in 2019. pic.twitter.com/LVqKtXp5ZC