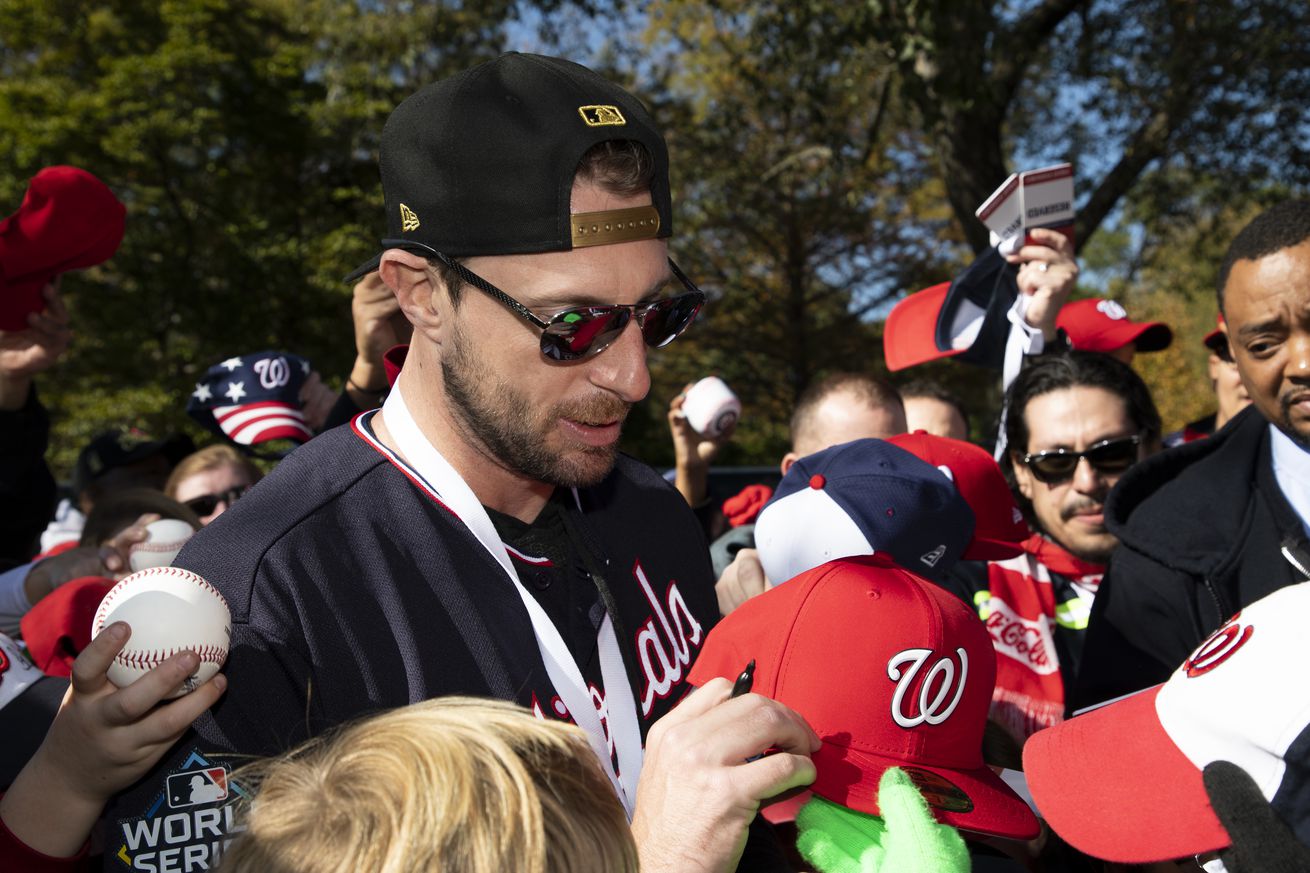 Max Scherzer will have to try for a 4th Cy Young award again in 2020. He finished third in voting this year.

Max Scherzer was a finalist for what would have been his 4th career Cy Young award, but the 35-year-old, 12-year veteran, who won one in Detroit in 2013, and has won two while with the Washington Nationals (2016-’17), finished third in voting for the National League’s 2019 Cy Young, with New York Mets’ right-hander Jacob deGrom taking it for the second year in a row and Los Angeles Dodgers’ lefty Hyun-Jin Ryu finishing in second place.

Scherzer finished ranked first among NL starters in FIP, K/9, and K/BB ratio (7.36), and ended up ranked second in fWAR, third in total strikeouts, fourth in opponents’ OBP, in WHIP (1.03), and in BB/9, was fifth in HR/9 (0.94), sixth in ERA, seventh in opponents’ average, and ninth in opponents’ slugging percentage.

On the MLB Network broadcast announcing deGrom’s second career Cy Young, Scherzer said that the 2019 campaign was a tough one for him.

Voting by the Baseball Writers’ Association of America does, of course, take place at the end of the regular season, so Scherzer’s postseason success didn’t factor in the decision.