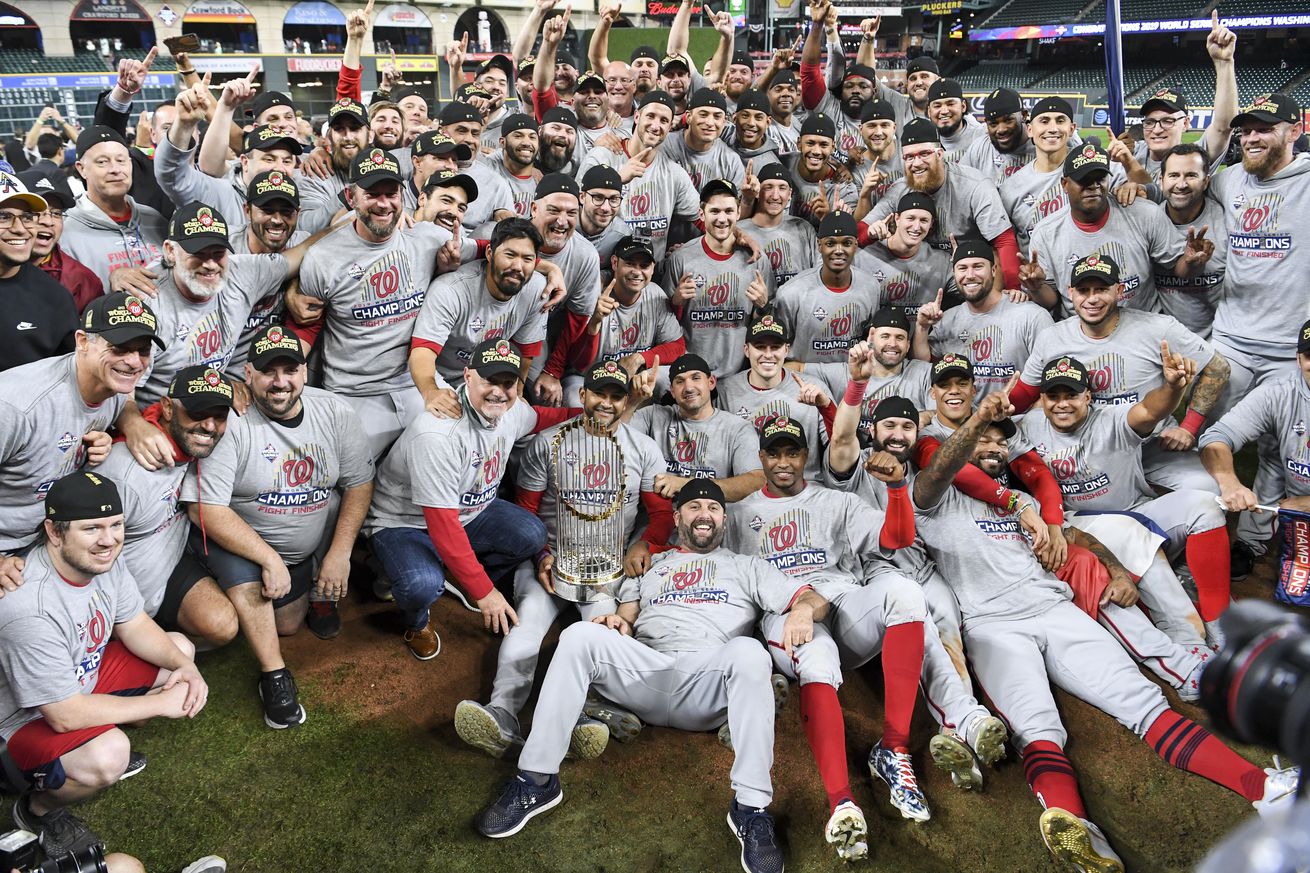 Each of the 61 members of the Washington Nationals’ organization who got full shares of the World Series booty, received $382,358.18.

The World Series champion Washington Nationals issued 61 full shares of the total amount ($29,110,012.47) that they received from the players’ pool for winning the World Series this season.

That amounts to a total of $382,358.18 for each of the 61 people who received full shares, in addition to the 14.13 partial shares and two cash awards the Nationals decided to hand out.

The Nationals had 50 players total take the field at one point or another this season, so the total of 61 people receiving full shares means that some coaches, trainers, and front office staff members received shares as well, in addition to the partial shares and cash awards.

For those that caught the mistake in the first release, it has been corrected. The Astros are indeed in the AL, not the NL. https://t.co/OQuSyvVs9U pic.twitter.com/tiXRm9n47f