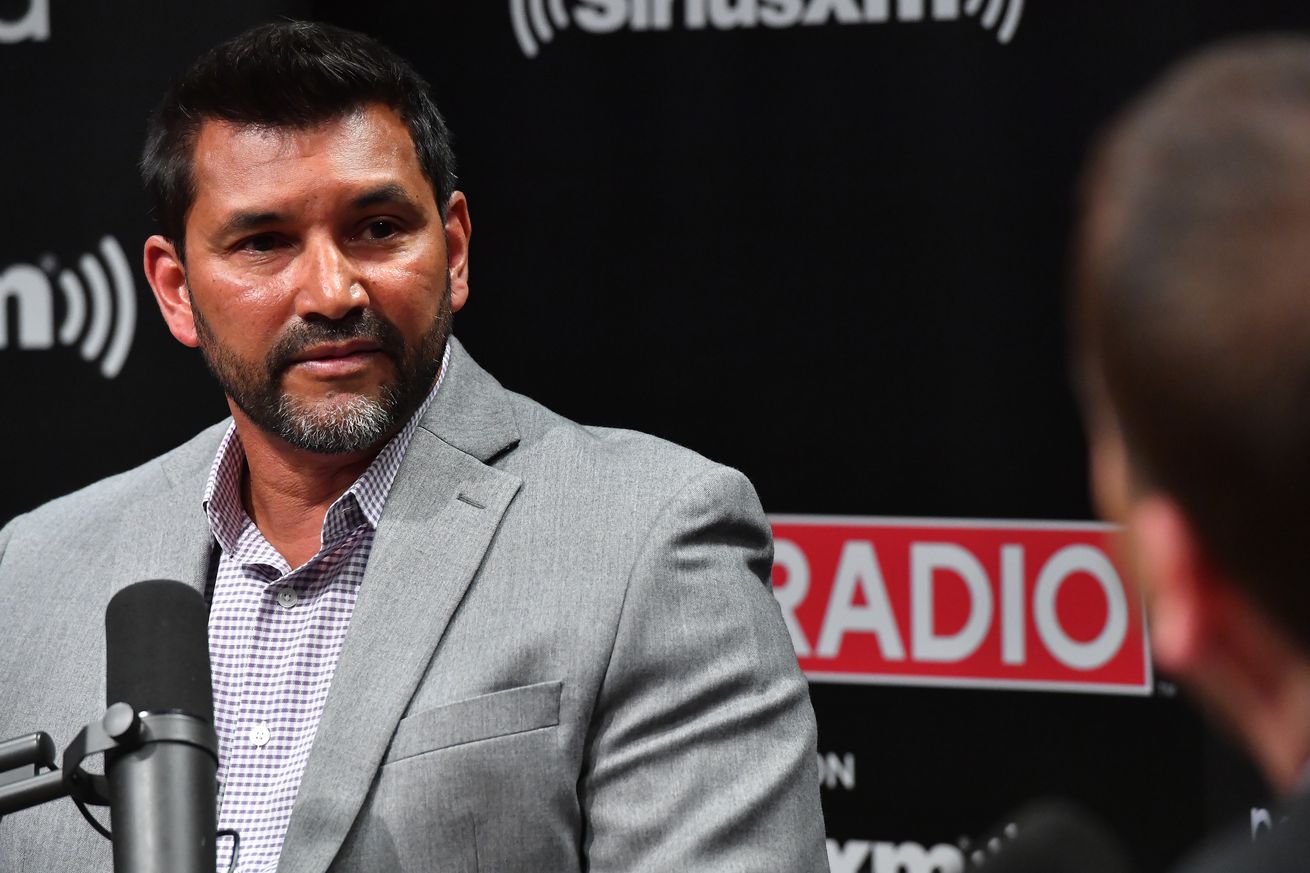 During WinterFest last month, and throughout the winter, really, the Washington Nationals have talked about the job Davey Martinez did on the way to the World Series in 2019.

How did Washington Nationals’ skipper Davey Martinez handle things when the club started 19-31 last season, before rebounding to make the Wild Card game and eventually go on and win the World Series?

What was it like on a day-to-day-basis behind the scenes with the Nationals?

“He’s really good at taking situations and just sort of prioritizing them at the time,” Chip Hale told reporters this winter, when the Bench Coach for Martinez’s first two seasons in D.C. and Third Base Coach for 2020 spoke at WinterFest last month.

“So we’ll do it again this year. There are going to be struggles. He basically stood in front of the team when the season started and said, ‘We’re going to go through some really tough times, which one of you guys are going to be the ones who can’t handle it?’ Maybe we didn’t think it was going to be that tough, at 19-31, but he’s really good at handling all those situations, and understanding, like he always talks about, 1-0, and the next day is a new day, and players are really good at that too.”

Martinez’s “1-0 every day” mantra didn’t wear on the Nationals, or grow tiresome, and the club went 74-38 after the first 50 games, then beat the Milwaukee Brewers in the NL Wild Card Game, the Los Angeles Dodgers in the NLDS, the St. Louis Cardinals in the NLCS, and the Houston Astros in the Fall Classic.

Is the “1-0 every day” mentality, and the way the Nationals played as if every game was a postseason game from late May on, sustainable over the course of a full season?

“The mentality, absolutely,” closer Sean Doolittle said, though his heavy workload in 2019 led to fatigue and an IL stint late in the season.

“I think you have to have that if you’re going to have success over the course of a long season, just cause there’s so many ups and downs. There’s so much adversity, and there’s so much failure just inherently in the game of baseball that you have to be able to turn the page after a bad game and a bad outing and come to the field the next day ready to win that game, but I don’t know. I think, again, that’s one of those good problems to have. The workload that I had in the beginning part of the season, it meant that we were in those games, we were winning those games late and we had a chance to put Ws up.”

“I think that’s a pretty simple approach,” catcher Kurt Suzuki said of Martinez’s management style and all the 1-0 talk. “With this game, you don’t want to look too far into the future. You take care of what’s happening today. It’s not just baseball, it’s in life too, you just take care of today. You wake up today and take care of today. And I think that’s just such a simple mantra to go by, where it’s not all this ‘rah rah’ stuff, it’s, ‘Hey, just win the day,’ how it is, and just go after it from there.”

Nationals’ GM Mike Rizzo, who hired Martinez before the 2018 campaign and stuck with him after a rough 82-80 rookie season as a manager and the 19-31 start, talked at WinterFest this year about what he learned about the Nats’ skipper in their second season together in 2019.

“We got more comfortable together,” Rizzo said. “I didn’t learn a whole lot about him that I didn’t already know. I knew he was a competent manager. I knew he had great rapport with players. I give him all the credit in the world for where we were at in May and where we were at in November, so he’s the most, I think, understated and unassuming part of that World Series championship.

“Without him we don’t win, and without him keeping the team where it was when people were shoveling dirt on us and him, me and the team, in general, it was remarkable that he kept the poise that he did and kept that team where it was, and I think it can’t be understated the fact that when we were playing our worst, the clubhouse was at its best, and I think that’s a direct reflection of the manager.”

Will it be the same “1-0 every day” mantra in 2020, as the Nationals try to defend their World Series crown? And what will the challenges be in his third season on the bench?

“Status quo really,” Martinez said earlier this winter. “We went 1-0 all year. The message is going to be clear: Hey, we’re not going to sneak up on anybody this year, that’s for sure. So we’ve got to be ready to go from day one. With that being said, I want them to understand, hey, we’re going to do business like we’ve done in the past, and we’re just going to try to go 1-0 every day. Why change something that works?”