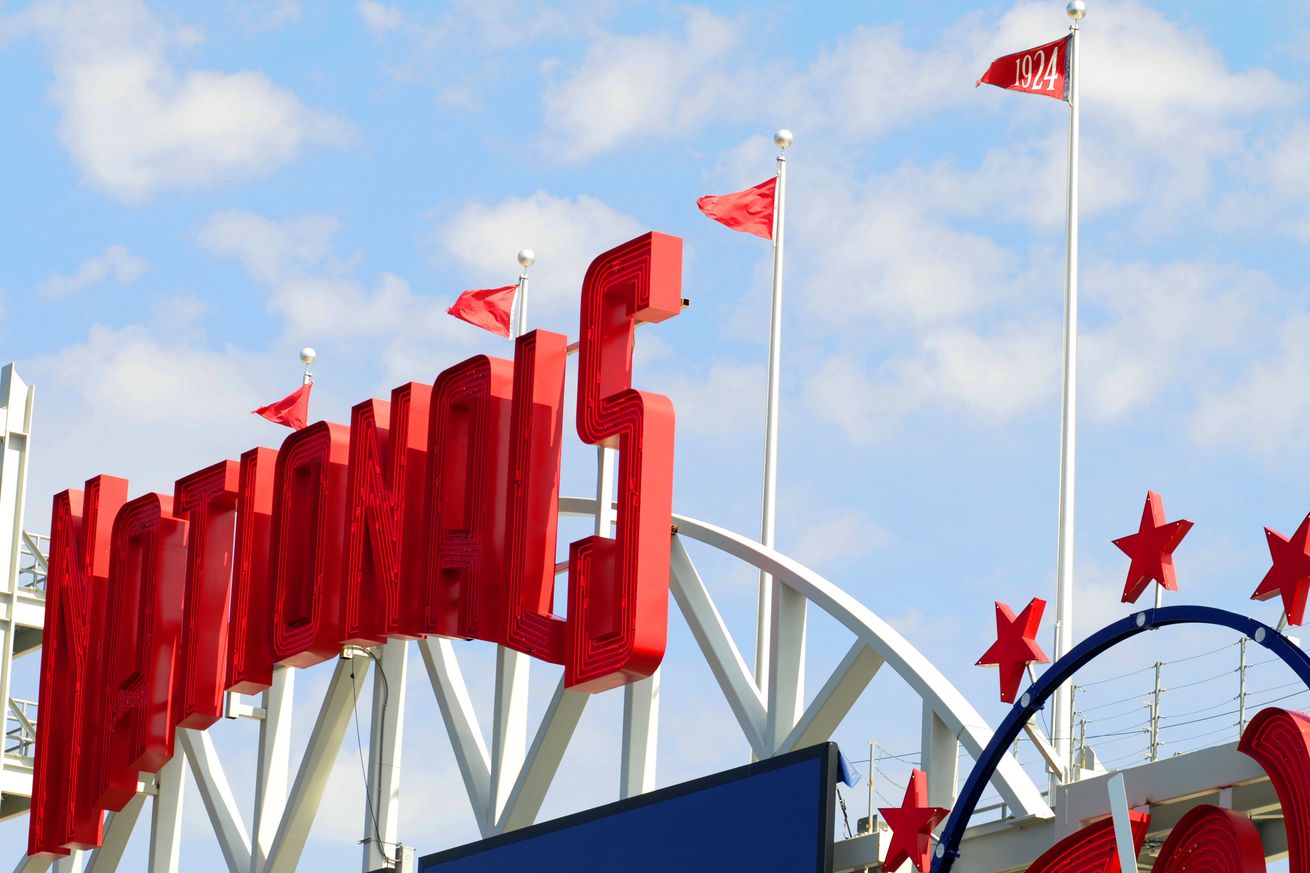 Catch up on the last 48 hours in Nationals links before the … actually, there is really nothing interesting pending over the next few days. Just read your links…

We decided to go for the last 48 hours in Nationals news this time, because there were only four links to share when we woke up and searched around on Monday morning. So now the links are a little bit longer, which his definitely a good thing, right? Don’t say, “Wrong,” there, smart ***! Go read your links…

Cabrera’s cheap in-season signing proved huge for Nats – (MASN)
“The early August signing of [Asdrúbal] Cabrera didn’t seem like anything of significance at the time.”

Daniel Hudson represents a key offseason question for Nationals – (NBC Sports Washington)
“[Daniel] Hudson — along with Howie Kendrick — represents a core question for the World Series champions: What is repeatable?”

Truly honored that the @wstrophy could start its victory tour at the Walter Reed National Military Medical Center.@WRBethesda // #FIGHTFINISHED pic.twitter.com/vOe9S5V6a4

Ex-Nats Soriano and Dunn make Hall of Fame ballot – (MASN)
“Though they spent more time playing for other franchises in other cities, Alfonso Soriano and Adam Dunn both are remembered fondly for their time with the Nationals.”

Soriano, Dunn on 2020 Hall of Fame ballot – (MLB.com)
“For two seasons in Washington from 2009-10, slugger Adam Dunn left his mark with big home runs and steady offensive production for a Nationals team finding its way.”

Offseason Outlook: Washington Nationals – (MLB Trade Rumors)
“The Nats have never faced a crossroads like this, even when Bryce Harper reached the open market last winter.”

A.J. Preller Wants To Turn San Diego Padres Into A Winner, But Will He Get The Payroll To Bolster The Roster? – (Forbes)
“Strasburg is the more expensive of the two. At 31, he just opted out of the final four years of his contract worth $100 million after a 5-0 postseason and being named MVP…”

Stars on the move? These 9 could get traded – (MLB.com)
“Whether the Red Sox trade Mookie Betts this offseason seems pretty much beside the point. That his name is even being discussed among executives and agents is what’s really interesting.”

12 uniform styles that NEED to come back – (MLB.com)
“Nationals: DC caps (2006) – If you just mention ‘Washington’ to someone, their first thought might be the state, the first President of the United States, or the middle name of the man who many believe — but didn’t actually invent — peanut butter.”

Nats Park Helped Remake A D.C. Neighborhood. Could A New Stadium At RFK Do The Same? – (WAMU)
“When Major League Baseball decided to relocate the Montreal Expos to the District back in 2005, there was a big catch: the team’s new home would have to pay to build a brand new stadium.”

These are the Top 100 Plays of 2019 – (MLB.com)
“Victor Robles smashed a drive to deep left-center field at Comerica Park, and something happened that he’s used to, except he’s used to being the one making the spectacular play.”

Here is 1 bounce-back candidate from each club – (MLB.com)
“Nationals — Victor Robles, CF – Robles did not take baseball by storm the way that previous high-profile Nationals rookies did, but he also battled injuries. The talent is still all there.”

MLB rumors: Zack Wheeler wants to be the next Patrick Corbin but might have to settle for Nathan Eovaldi money – (nj.com)
“This year, however, it’s a much different story. According to MLB Network’s ‘Hot Stove,’ Wheeler should prepare to be disappointed in free agency.”

As Ozuna declines qualifying offer, Cardinals focus on improving their outfield – (stltoday.com)
“At least six teams have expressed initial interest in Ozuna and according to multiple sources that group includes the Reds and the White Sox. Atlanta and Texas also have some interest.”