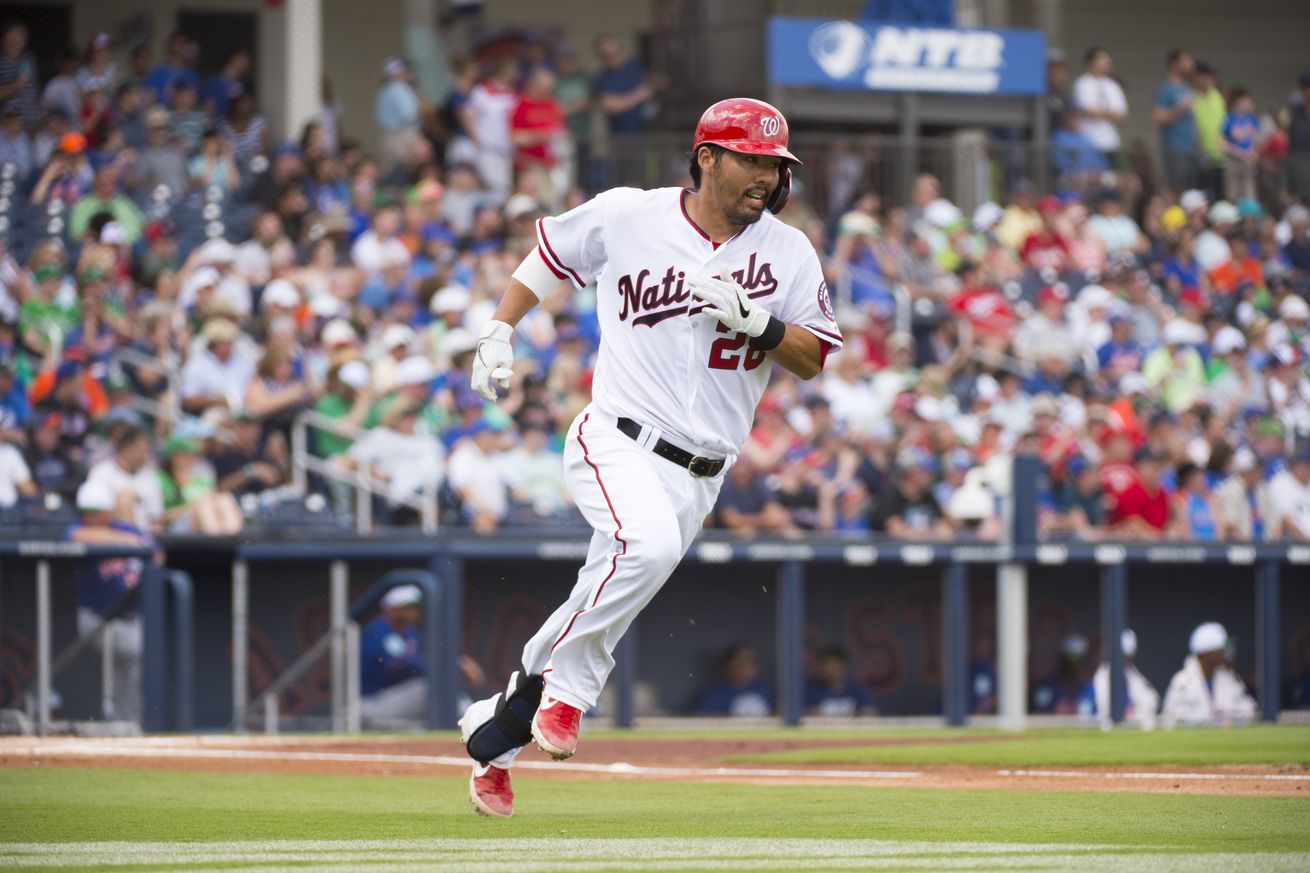 GM Mike Rizzo and Co. have built the roster back up for the Nationals’ defense of their World Series crown. Catch up on the last 24 hours of examining that roster…

Should the Nationals have gone all in to try to acquire Mookie Betts (assuming that deal with the Dodgers and Sox is, like, actually finally completed at some point)?

Should they go all in on a potential deal for Kris Bryant?

Will the bullpen additions the Nats have made over the winter help avoid another disastrous start for the relief corps in 2020?

Are GM Mike Rizzo and Co. in the front office in D.C. done building for the defense of the Nationals’ World Series crown? Go read your links…

By acquiring Mookie Betts, David Price, Dodgers take risk Nationals would not and wait to see if it pays off – (NBC Sports Washington)
“They chose Stephen Strasburg over Anthony Rendon, and to avoid the competitive balance tax over everything else. They spend. A lot. Then they stop.”

The Nationals have worked to strengthen their bullpen. Here’s what to expect – (WaPost)
“If the season started tomorrow, without further additions or spring training surprises, the bullpen would likely consist of Doolittle, Harris, Hudson, Rainey, Suero, Strickland, Elías, and whoever doesn’t make the rotation between Erick Fedde, Austin Voth and Joe Ross.”

Juan Soto advocates for Gerardo Parra to throw out first pitch Opening Day – (NBC Sports Washington)
“Although Parra will be spending most of the next calendar years overseas, Soto is hoping to get him back to Washington at least one more time.”

Can returning catching tandem duplicate 2019 numbers? – (MASN)
“So in assessing the position after the season ended, Rizzo came to a simple conclusion: If it ain’t broke, don’t fix it.”

Super excited to announce I’ll be back for my 10th year on #MASN broadcasting for the World Champion Washington Nationals.Thank you to all at MASN & the Nationals who’ve allowed me to continue this incredible journey It’ll be my 20th year in this franchise #Expos #Nats #milestone

These are the best rotations in each division – (MLB.com)
“This team rode its starters to its first World Series championship just over three months ago, when six pitchers combined for more than 80% of the Nats’ October workload.”

Even without outside help, the Cardinals can still get better offensively by improving three basic elements – (The Athletic)
“The Nationals’ pitchers unmercifully bullied a feeble offense for 36 innings, conceding only six runs while powering up for 48 strikeouts in a brutal four-game sweep.”

From last night: Why the three-team Mookie Betts blockbuster is not yet complete: https://t.co/ZtX8TdUGJ7

Why a Mookie Betts trade for Phillies was never close to realistic – (NBC Sports Philadelphia)
“The easy, simple thing to do right now is continue the theme of blasting ownership for not exceeding the luxury tax threshold. It’s disingenuous. It’s flat-out wrong to think money was the only factor here.”

Brodie Van Wagenen’s new strategy to restore Mets glory – (NY Post)
“Coming together and discussing ideas and putting those ideas into practice is a key ingredient if the Mets are to attain success after a strong winter of preparation.”

What are Marlins’ options for lefty relievers? – (MLB.com)
“After completing a couple of roster moves on Monday, the Marlins have now shaken up the left-handed reliever options manager Don Mattingly will have at his disposal this season.”

5 pivotal questions facing the 2020 Braves – (AJC.com)
“The Braves enter the 2020 season seeking their third consecutive National League East title and a deeper run in the postseason.”