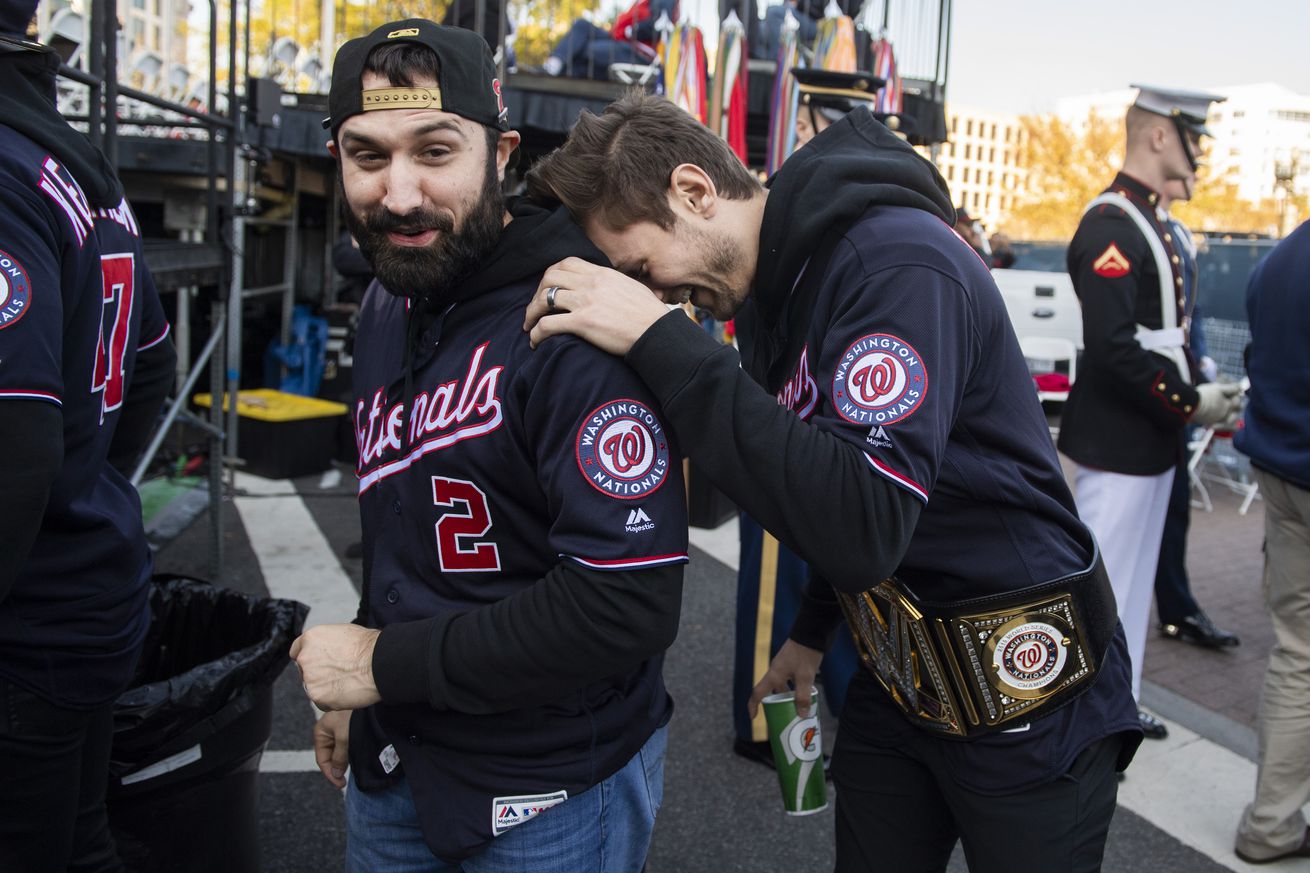 Scott Boras held court at the GM Meetings yesterday, and the Washington Nationals met with the super-agent behind the scenes to talk Stephen Strasburg and Anthony Rendon, so… what’s next for the Nats as they try to build their roster for the defense of their World Series crown? While we wait to find out, Go read your links:

Scherzer finishes 3rd in NL Cy Young voting – (MLB.com)
“If not for the back injury that robbed Scherzer of about six weeks this summer and lingered throughout the second half, perhaps he could have won this award again.”

Scherzer finishes 3rd in NL Cy Young – (WTOP)
“Scherzer had a dominant first half of the 2019 season, but minor injuries limited him to 172.1 innings pitched, his lowest in 10 years.”

Mike Rizzo met with Scott Boras for about an hour yesterday. Rizzo says it went well, business as usual, and Stephen Strasburg and Anthony Rendon were obviously the main discussion points. The Nationals met with six different agencies on Tuesday about potential targets.

Perfectly timed career year sets Rendon up for huge payday – (MASN)
“Folks around D.C. had known for a long time that Rendon is one of the best all-around players in baseball.”

Sign-stealing in the World Series? The Nationals had a plan, just in case – (WaPost)
“‘It’s the worst feeling in the world stepping on that mound and having an idea that that hitter knows what’s coming,’ said Paul Menhart…”

Best of the rest … Who will be named MVP? – (MLB.com)
“[Rendon] collected an NL-leading 126 RBIs, captured the Sliver Slugger Award at third base and was a finalist for the Gold Glove Award.”

Dodgers have Anthony Rendon on their radar. Earlier they’d been connected to Josh Donaldson. Justin Turner has generously offered to change positions if necessary.

Phillies move closer to hiring hitting coach, but could they lose staff to Gabe Kapler and Giants? – (NBC Sports Philadelphia)
“By all indications, that leaves Joe Dillon and Matt Stairs as the two finalists for the Phillies’ job, though it’s not uncommon for late candidates to emerge.”

How the Rangers are walking down dual paths in free agency to fill a pressing need at third base – (Dallas Morning News)
“Rendon, who grew up in Houston, still lives there in the offseason and a return to Texas is said to be of interest to him. But, he’s already reportedly received a seven-year offer of more than $200 million to return to the Washington Nationals.”