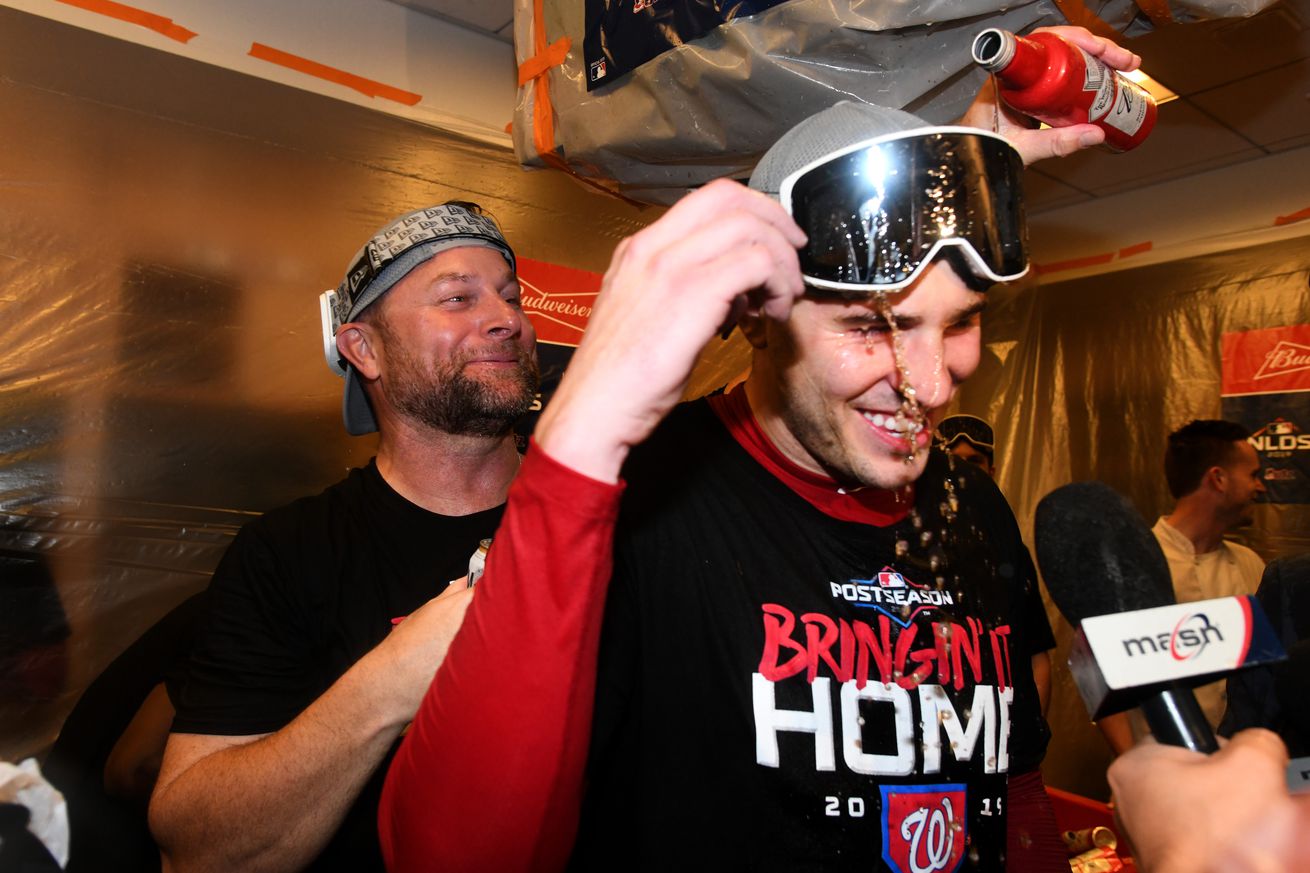 So, the Nationals have now lost an inspirational backup outfielder and an Assistant Hitting Coach from the mix of personalities that helped them win it all this past season, so what’s next? Will their third baseman come back? Will their World Series MVP be back in D.C.?

Is there a trade for relief help (as mentioned below), a second base signing, a rotation addition, relief bolstering via free agency, all of the above, or more coming for Mike Rizzo and Co. in the front office in the nation’s capital?

Go read your links while we wait to find out…

After gutting through 2019, what’s in store for Max Scherzer in 2020? – (MASN)
“Scherzer had never experienced a season like this one, especially from a physical standpoint. Which now raises a significant question…”

You already heard the news that I won’t be back for the 2020 season with our World Series Champion team, and it wasn’t an easy decision to make, but I feel blessed with all the things we shared… https://t.co/KDUmx7h39q

Assistant hitting coach Dillon gets lead position in Philly – (MASN)
“Dillon joins manager Joe Girardi’s new staff in Philadelphia, where he’ll be reunited with Bryce Harper and get the first opportunity of his career to be a team’s lead major league hitting coach.”

Rob Manfred, Major League Baseball face minefield of problems – (Washington Times)
“We are soon going to find out if Rob Manfred is more than a suit.”

Auburn Doubledays plan for “business as usual” during the 2020 season – (CYNBJ.com)
“The Doubledays also have a ‘strong hope’ that they’ll be part of the Auburn community for ‘many more years to come.'”

[ed. note – “This is probably the best story you’ll read today if you didn’t read it yesterday.”]

Did Leeds United have a hand in the Washington Nationals’ World Series baseball triumph? Meet Harvey Sharman, the former Leeds physio who brought a culture change and a new way of thinking to the Nats’ medical department:https://t.co/Z7ZWaMSsOp

Joe Dillon hired as Phillies new hitting coach under Girardi – (FOX 29 News Philadelphia)
“Dillon served as assistant hitting coach for the Washington Nationals for the past two seasons and previously spent two seasons as the minor league hitting coordinator for the Miami Marlins.”

Where will Kris Bryant play in 2020? Ranking the Cubs star’s best landing spots as trade rumors swirl – (CBSSports.com)
“No team is in greater ‘win now’ mode than the defending champs, which means it might be time to see if they’ll overpay — assuming Rendon and probably Donaldson are both off the market.”

5 trade pieces that could shake up the RP market – (MLB.com)
“In the summer, MLB.com’s Jon Morosi reported that Washington checked in on Giles, and now he could slot into Hudson’s vacant spot.”

30 intriguing Rule 5 prospects — 1 for each team – (MLB.com)
“The best athlete in Washington’s system and one of the premier ground-ball artists in the Minor Leagues, Sharp could be appealing to a club looking for either rotation or bullpen depth.”