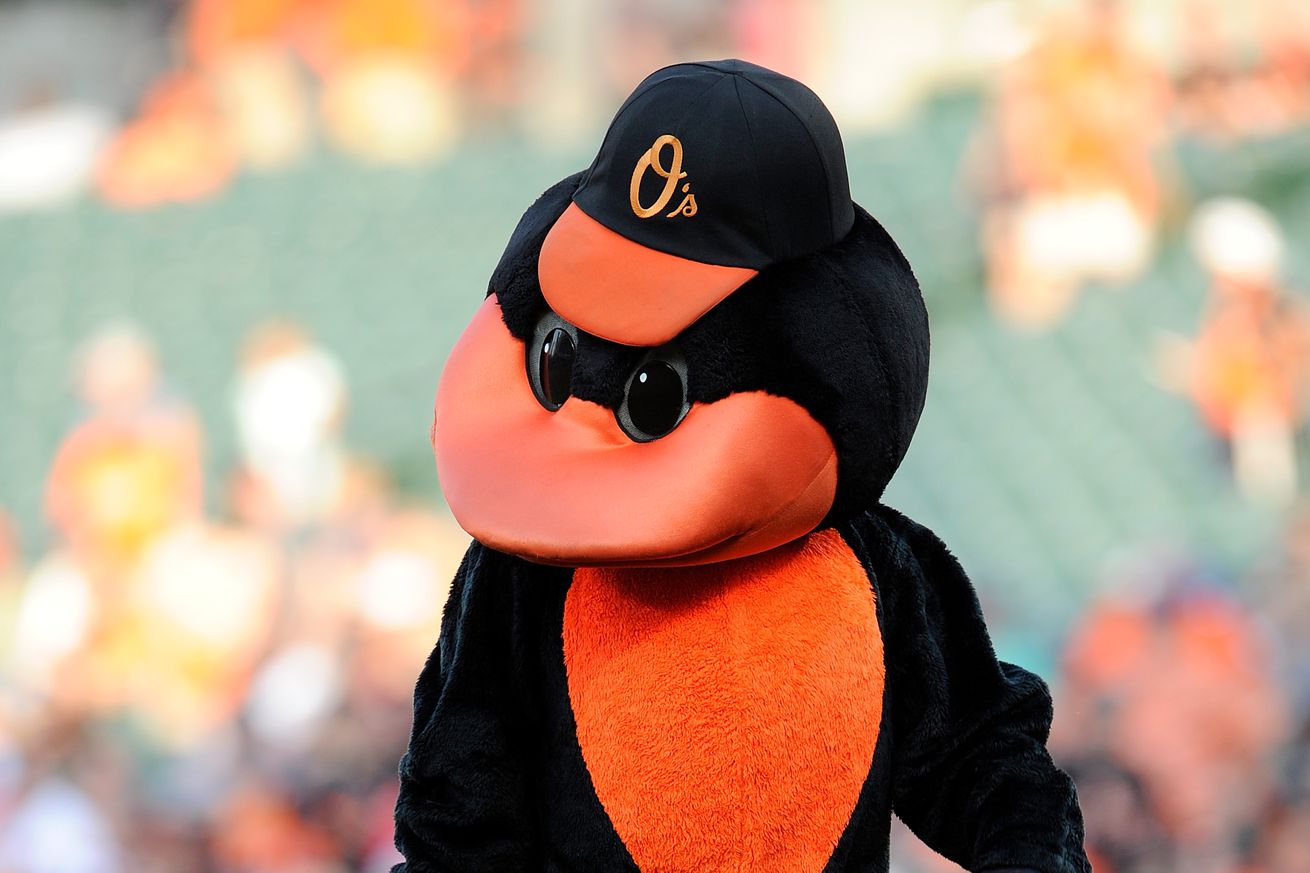 Between now and Opening Day, help us decide on the top 20 prospects in the Orioles system. Next up is #5.

A couple of weeks ago, we started ranking the community’s choices for top Orioles prospects heading into the 2020 season. With the top four players chosen, it’s time to turn to rounding out the top five.

The #4 place in our rankings goes to 2017 Orioles first rounder DL Hall, who was the choice of about 55% of voters in the last poll. Ryan Mountcastle, who was picked by 32% of voters, carries over into today’s poll, as do outfielder Yusniel Diaz, pitcher Dean Kremer, and infielder Gunnar Henderson. Does the fact that Mountcastle came in second here mean he’s the next choice? That’s up to you. This poll will run through Thursday evening.

Joining this poll is another pitching prospect, Keegan Akin, whose place among the current crop of Orioles pitching prospects is unique in that he’s already had a year-long taste of Triple-A. Beat writers are talking him up as a possibility for the Opening Day rotation. Where will that land him on our poll? That’s up to you also.

What makes one guy a better prospect than others? Is it a high ceiling? A respectable floor? A track record of performance at higher minor league levels? It’s for you to decide what matters the most. None of us are professional prospect watchers, and that’s OK. We can all still read some lists and look at stats and decide who seems exciting and who doesn’t.

You might find it helpful to consult some of the scouting reports on these players. I like MLB Pipeline and Fangraphs because they’re thorough, they update over the course of a season, and they’re free. These are the end of the 2019 season rankings rather than 2020 ones because the updated 2020 team rankings from these sites aren’t out yet.

Updated 2020 rankings will probably trickle out as our voting rolls along. Baseball America has already got its 2020 top 100, as does MLB Pipeline. Baseball Prospectus also released its top 101 list recently.

Whoever gets the most votes in this poll will be the #5 prospect. The next poll, to be posted Friday, will include the four who aren’t selected here, plus one new name that I’m going to decide between now and then.

Mountcastle is a bit of a polarizing prospect. He’s fallen off of the Baseball America top 100, where he ranked at #71 a year ago. There are those who still like him, as he made it in at #94 with MLB Pipeline. Prospectus is the aggressive publication on Mountcastle, rating him as the #57 prospect in the game.

One big thing stands in Mountcastle’s favor. The guy hits. He has a .295 batting average since being drafted, which included a best-yet .312 average as he played at Norfolk last year at age 22, nearly five years younger than the average player at the level. When that young hits .312/.344/.527 on the cusp of MLB, you have to take notice.

A lot of other things raise questions about whether that hitting will carry over to the MLB level. It’s not clear what position he can actually play. He’s dropped from short to third to first since being drafted, with 2019 dabbling in left field as well. The O’s are a bit jammed in first and left until there are roster changes. MASN’s Roch Kubatko speculated recently that the Orioles will try Mountcastle in right field in spring training – another jammed roster spot without changes.

Mountcastle’s strikeout and walk rates are a concern. He struck out in 23.5% of his plate appearances last season and only walked 4.3% of the time. It’s a problem. MLB pitchers will be better than AAA ones. The things that make him already strike out that much and walk so little could be exploited more at the highest level. The 25 home runs aren’t worth what they used to be, either, since the AAA baseballs were the same juiced ones as in MLB.

Maybe the Orioles have a good developmental reason to leave Mountcastle down to start the season. But I know that as a fan, I’d rather see them stop wasting time and roster space on Chris Davis and start finding out if Mountcastle has any part in a better Orioles future.

Nearly a year and a half since the 2018 fire sale trades, the Cuban outfielder Diaz remains the only prospect the Orioles acquired to have been in a top 100 prospect ranking. Unfortunately for the Orioles, that hasn’t translated to Diaz continuing the meteoric ascent he had been making up the Dodgers minor league ranks.

It was 2018 performance that probably put Diaz on Duquette’s radar when it came time to make trades, and that might have been what propelled him up onto top prospect lists also. Diaz had batted .314/.428/.477 with the Dodgers’ Double-A affiliate before that July 2018 deal.

The geniuses running the O’s player development at that time immediately changed his swing and he batted .239/.329/.403 the rest of the way. Between a hamstring injury and a quad injury at different points in the season, Diaz only played in 76 Double-A games in 2019. He never got enough continuous time to earn his way up to Norfolk.

There’s stuff to like. Unlike Mountcastle, nobody can question whether Diaz will draw walks. He’s walked in 10.4% of plate appearances since hitting the American minor league ranks. That’s high enough that his 20.8% strikeout rate at Bowie last season is less of a concern. He’s got a more solidified position in right field, with the possibility of occasionally backing up center. And when he played in 2019, he posted a career-best ISO (isolated slugging) of .210, including 11 home runs in his 76 games.

Perhaps by the end of 2020, we’ll get to see at the MLB level what Duquette thought he saw in Diaz. Or perhaps instead we’ll get to see why Diaz was the one top prospect the Dodgers felt was expendable as they chased a World Series in 2018, and why Duquette’s tenure as GM came to an end without much lament from Orioles fans.

How Mike Elias would look at picks beyond the first round was almost as pressing of a question as what he would do with the #1 choice last year. He ultimately went with entirely “up the middle” players – shortstops, catchers, center fielders – in rounds 1-7. Henderson was the earliest high school player chosen by the Orioles in 2019.

Henderson’s ranking as the #7 prospect in the O’s system to close out the 2019 season was more about his pre-draft attention than anything he did in the professional ranks:

Henderson produces a lot of hard contact from gap to gap. He shows more bat speed from the left side of the plate as well as power that’s started to catch up to his hitting ability as he continues to add muscle to his 6-foot-3 frame. … There’s still some debate as to where Henderson will wind up defensively. Those who think he can remain at shortstop believe he’s an underrated athlete with a quick first step and a plus arm. Others believe he’ll slow down as he fills out and necessitate a move to third base, where he’d still profile well offensively.

It’s understandable if the “where will this guy play?” aspect about Henderson reminds you of Mountcastle, but it seems like Henderson has a much better chance of staying in the left side of the infield than Mountcastle ever did.

Elias said recently that depending on how Henderson looks in spring training, he could be ticketed for short-season Aberdeen rather than the full-season Low-A Delmarva. If he’s heading for Aberdeen, there are a number of prospects who O’s fans will be hearing about more than Henderson until the short-season schedule begins in June.

There seems to be no question that Duquette targeted players in the Dodgers system who were outperforming their existing prospect stock. Still to be seen is whether this was a good idea or an idiotic one.

Kremer, a 14th round pick in 2016, has some shine left. The thing that was interesting about him when he was acquired is still interesting: He led all minor league pitchers in 2018 with 178 strikeouts. Though the start of his 2019 season didn’t come right away due to a spring training oblique injury, he went on to strike out 122 batters in 113.1 innings for the season, mostly in Bowie, and followed that up with 23 strikeouts in 19 innings in the Arizona Fall League.

For the year, Kremer struck out more than three batters per walk issued. Allowing 13 home runs between the regular season and AFL is good, too.

How will all of that translate at higher levels? In a limited four-game sample size at Norfolk in 2019, not great. He gave up 19 earned runs in 19.1 innings. If Kremer is able to pitch at Triple-A something like he’s done in 24 Double-A games (2.69 ERA, 1.204 WHIP) people will be clamoring to see him in Baltimore soon. At age 24, the 2020 season will prove crucial for finding out what he can do and whether he can be a part of the next good Orioles team.

One way or another, Akin probably won’t still be appearing on Orioles top prospect lists next year. Either he makes it to MLB and sticks there, or he never pushes his way up and finds himself on the list of O’s pitching prospects who couldn’t quite make it.

It’s still a bit of a surprise to me that Akin didn’t get a shot at the end of last season, when the O’s were instead giving out starts to the likes of Aaron Brooks, Ty Blach, and Chandler Shepherd. The publicly-offered reason – and hopefully the true one – is that they didn’t want to rush anybody, like the last front office surely would have done. We will find out this season whether that full year at Triple-A helped out.

I get nervous about pitchers who issue a lot of walks. All praise of them is couched with, “If he can cut the walk rate…” and it seems like they mostly don’t cut the walk rate. Or maybe I’ve just absorbed too many failures from the Duquette regime’s days. Akin walked 61 batters in 112.1 innings last year.

That’s bad, even if it comes with some interesting numbers like his 131 strikeouts. Akin also only allowed ten home runs on the season, which isn’t bad considering the juiced balls being used in Triple-A. Was Akin just working on something all year? If he can slash that walk rate by 25% while still keeping up the strikeouts and keeping the home run rate down, that’s an interesting pitcher. But it’s a big if.

What do you think? Should it be Mountcastle, or are you all in on a different prospect? Let us know in the comments below.