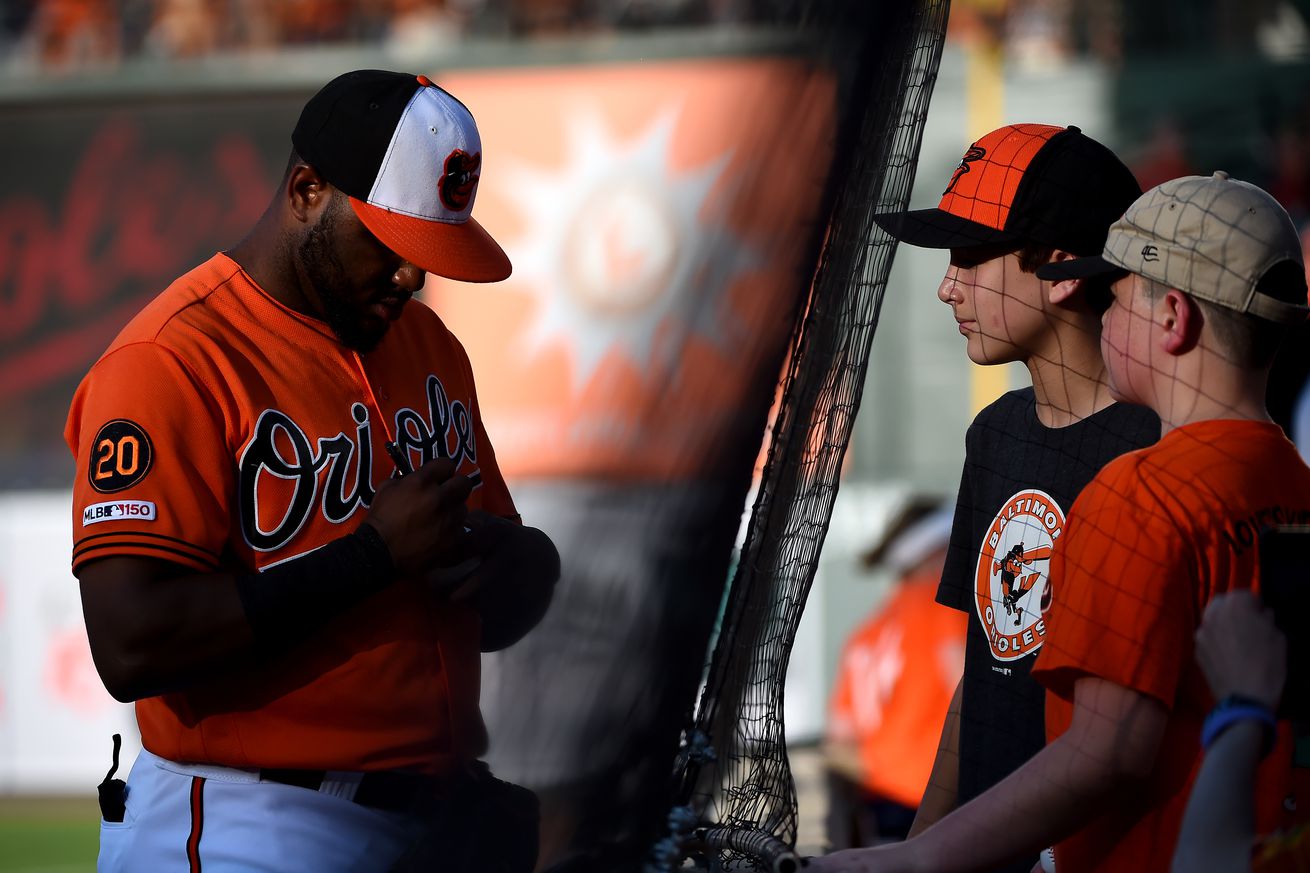 Photo by Will Newton/Getty Images

Orioles pitchers and catchers report a week from tomorrow. How exciting!

There are now 52 days to go until Orioles Opening Day. We’ve crossed below the point where I can talk about a 20th century O’s team from the year ending in those two numbers. The uniform number 52 was in use last year by just-designated Branden Kline, and has also been used by Orioles including Steve Johnson, George Sherrill, B.J. Ryan, and Mike Boddicker.

Only eight days remain until pitchers and catchers report to Sarasota to mark the start of spring training. Do you think the Orioles will make any more 40-man roster changes between now and then? I would have said no to that question last week, and then the O’s DFA’d Kline and Stevie Wilkerson. Those weren’t the two guys I would have guessed were farthest on the fringe of the 40-man roster. They were not scheduled for this weekend’s Birdland Caravan. Maybe that was one sign.

As we’re now in February, that means we’re in the month where baseball games, or at least the spring training approximation of them, will return to our lives. It’s 19 days from today that the Orioles will start their Grapefruit League schedule against the Braves. Baseball is coming! If the state of the talent on the MLB roster makes this a less exciting idea for you, that’s OK.

One other thing that makes baseball season feel that much closer is that football season is now over. If you’re into college basketball, conference tournaments and then the beginning rounds of the NCAA tournament are still to come, so there could be some other sporting excitement before now and the start of baseball season. And if for some reason you’re a Liverpool fan who’s also an Orioles fan, you’re probably feeling pretty good about the Premier League right now.

What are you looking forward to in sports or in life between now and Opening Day? Drop down in the comments and let us know.

O’s 2015 top prospects: Where are they now? (Birds Watcher)
Fellow O’s blogger Nick Stevens took a look back on the top 10 O’s prospects of five years ago to see how things have worked out. About that…

Orioles prospects to watch as non-roster invitees (Orioles.com)
Last week, I made fun of a top 10 list of non-roster invites – but five is a good number. There’s at least something potentially interesting if not outright exciting about all of these guys.

Looking at an Orioles lineup that could be more settled (School of Roch)
Nothing has been settled as long as beat writers say “the outfield corner is his primary residence” about Trey Mancini.

Five reasons that the Orioles will be worse in 2020 (and three reasons that, maybe, they could be better (The Athletic)
Commit to one or the other!

On this day in history…

In 1830, Great Britain, France, and Russia concluded an agreement that recognized Greek independence from the Ottoman Empire, the result of the Greek War of Independence over most of the previous decade.

In 1870, the Fifteenth Amendment, which guaranteed the vote to male citizens regardless of race, was ratified upon approval by Iowa. Maryland nonetheless rejected the amendment the next day; the legislature did not formally approve it until 1973.

In 1913, the Sixteenth Amendment, which granted the government the power to collect an income tax, was ratified upon approval by Delaware. Maryland was the seventh state to ratify, nearly three years earlier.

And that’s the way it is on February 3 – or at least, unless something happens later. Have a safe Monday.