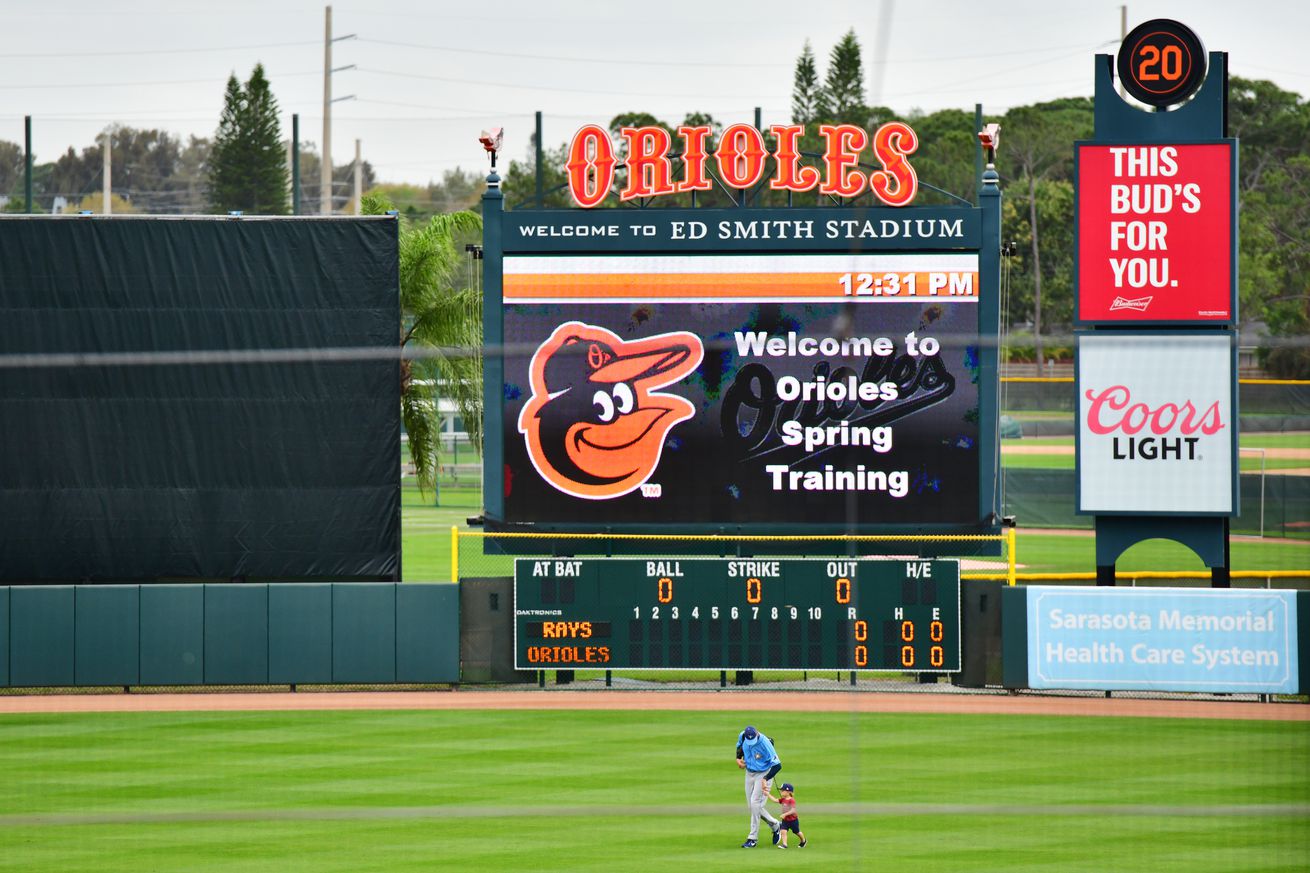 In today’s Orioles news: the roster is growing, and there will be plenty of prospects to watch.

We have made it to February. This is the month in which the baseball season unofficially begins. Soon Sarasota will be buzzing, filled with black and orange as the Orioles make their way back into town following another off-season of change ahead of a season that is, effectively, a formality for the passage of time that allows the club to get one-step closer to competitiveness.

It’s unclear if the Orioles are better right now than they were at the end of the 2019 season. Two of their best players from a year ago, Jonathan Villar and Dylan Bundy, are gone. They have not adequately replaced them. However, the outfield, as a whole, should be better with Austin Hays and Anthony Santander playing more substantial roles. Plus the swapping of Jose Iglesias in place of Richie Martin is another upgrade. It will mostly come down to the pitching, which was downright terrible as a unit last summer. If they can improve at all in that department then the Orioles could add a few wins.

But none of that really matters just yet. Let’s watch some baseball practice in warm weather and listen to managers and executives explain how great everything is going! Yay!

Here are 5 O’s prospects to watch as camp NRIs – Orioles.com
The Orioles are nearly ready to unleash a cavalcade of youngsters on the big leagues. Many of them, like Keegan Akin and Dean Kremer will see at least some action in Baltimore at some point in 2020. But it will more likely be 2021 when we get extended looks at many of the club’s top prospects.

Rutschman is first no. 1 pick w/ top-5 prospect ranking debut since Harper – NBCSports
Say what you will about Bryce Harper, but if the Orioles received similar production from Adley Rutschman as to what the Nationals got from Harper we should all count ourselves very lucky. Keep in mind that Rutschman is already older than Harper was when he made his big league debut, and the O’s backstop is still at least a season away from Baltimore.

First Base Prospects To Watch In 2020 – Birds Watcher
If you are playing first base with regularity in the minor leagues you had better have one heck of a bat to back it up. There isn’t anywhere else for you to slide on the defensive spectrum. It’s the reason scouts are cautious of Ryan Mountcastle. The dude has a big league bat, but does he have a first baseman’s big league bat? That remains unclear.

Hyde happy to have hefty camp roster – MASN Sports
The roster should be a bit easier to navigate for fans than it was a year a go, where it felt like the only familiar names left were Chris Davis and Trey Mancini.

Is it your birthday? Happy birthday!

Joe Mahoney, an Oriole for two games in 2012, is 33 today. Outfielder Rich Becker, who turns 48 today, spent 79 games during the 1998 season with the Birds. And celebrating his 52nd birthday is Kent Mercker, an Orioles hurler for 14 games in 1996.

We are send melancholy birthday wishes to the late Paul Blair (b. 1944, 2013). The defensive wizard spent 13 years patrolling centerfield for the Orioles. During his career he was named to two All-Star teams, won eight Gold Gloves, and earned down-ballot MVP votes in four separate seasons.

2010 – Jon Miller, a former Orioles and Giants broadcaster who came to national prominence as the voice of ESPN’s Sunday Night Baseball, is named as the winner of the Ford Frick Award for “meritorious services by baseball broadcasters.”