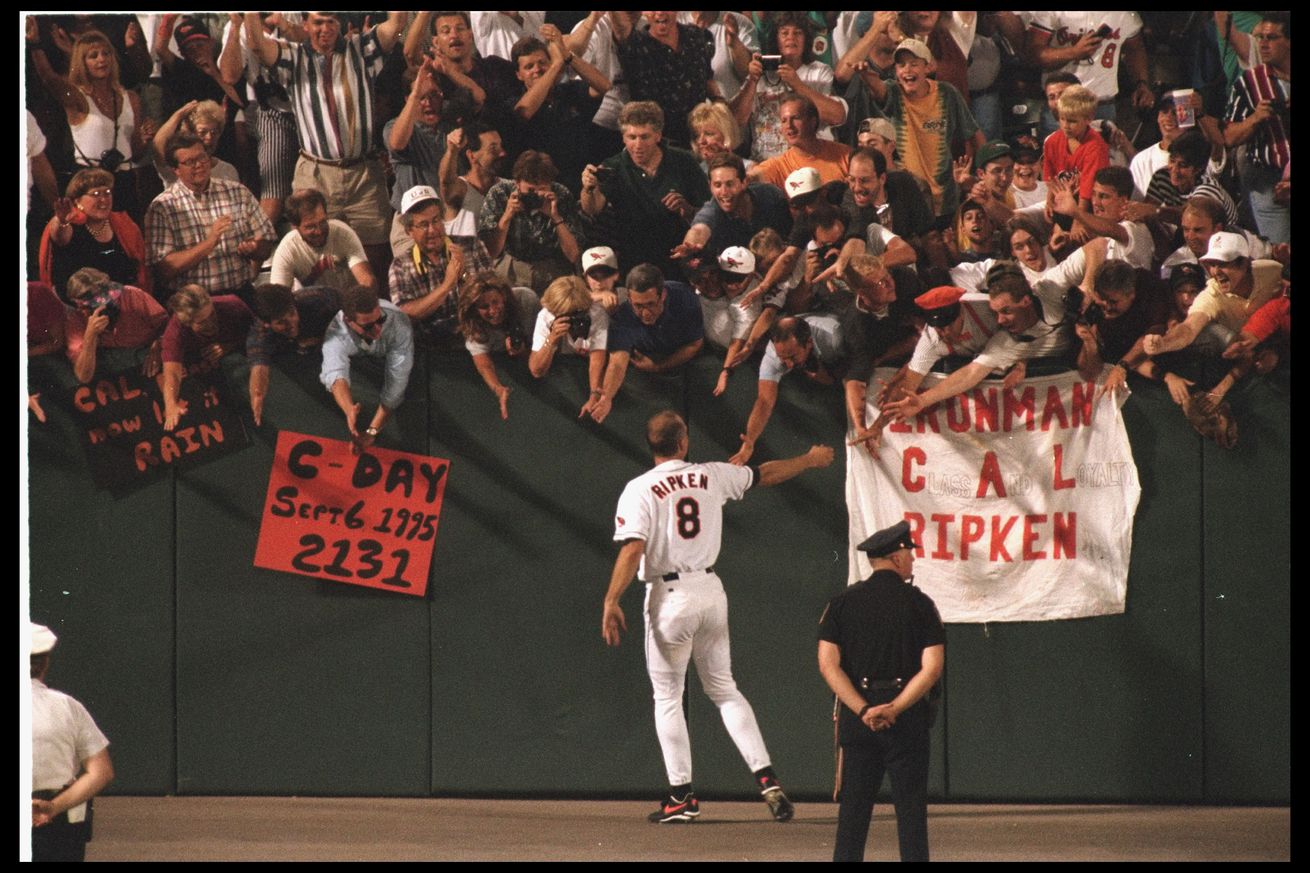 If you’d like to look back fondly on great O’s teams of yesteryear, the Birds’ 2020 promotions schedule has a few items that might catch your eye.

So, is anyone looking forward to watching the Orioles this year? …Anyone? …Don’t all respond at once, people.

What if I told you you could pick up some paraphernalia that would honor the great teams and players of Orioles history? That you could help celebrate Cal Ripken Jr. and Jim Palmer and Brooks Robinson and Boog Powell and the like, while taking home some snazzy tchotchkes?

Ah, got your attention now, don’t I?

The Orioles released their 2020 promotions schedule yesterday, and as you might expect for a rebuilding club that’s currently lacking in star power, the emphasis is very much on the past instead of the present. Mark Brown summed up the most notable giveaways and promotions, which honor the 50th anniversary of the Orioles’ 1970 World Series championship and the 25th anniversary of Ripken’s 2,131st consecutive game, among others.

That’s smart thinking. You probably wouldn’t move the attendance needle much for, say, a Rio Ruiz bobblehead. (Sorry, Rio.) But a Jim Palmer bobblehead? And Ripken, and Powell? We’re there for it. Likewise, that replica jersey for Brooks will probably be significantly more popular than any current Oriole’s name you could put on there. Fans love to reminisce about the glory days, especially when the here and now is anything but glorious.

So come on down to Camden Yards this season and get some cool stuff as you walk in the door. And if it’s not too much trouble, stick around for the game, too.

Here’s your guide to Sarasota as spring training nears for Orioles – BaltimoreBaseball.com
Rich Dubroff runs down everything you need to know if you’re planning a trip to Sarasota, including Ed Smith Stadium’s “tiresome” public address announcer. Shots fired!

Norfolk Manager Gary Kendall On Ryan Mountcastle’s Future Position, Approach At Plate – PressBoxOnline.com
It’s prohibited by law to have a conversation about Mountcastle without asking, “Can he play defense?” and “Can he take a walk?” His minor league manager of the past two seasons chimes in with his thoughts on both.

Givens: “I bleed black and orange” – School of Roch
Givens’ fierce loyalty to the Orioles is commendable, but will be super awkward when he’s inevitably traded within a year.

Is today your birthday? Happy birthday! Nobody with a Feb. 4 birthday has ever played for the Orioles. The best I can offer you is Gary Allenson, who was briefly the Orioles’ third base coach in 2010 and was a longtime manager in their minor league system at Norfolk, Aberdeen, and the now-defunct Ottawa and Bluefield. Allenson turns 65 today.

On this day in 2011, the Orioles reached agreement with Vladimir Guerrero on a one-year, $8 million contract (though it didn’t become official until two weeks later). The O’s had originally tried to sign him seven years earlier when he was in his prime, only for Vlad to spurn them for the Angels. By the time he got to the Orioles, the 36-year-old Guerrero was on his last legs, putting up career worsts in nearly every offensive category in his lone year in Baltimore. It was the final season of the Hall of Famer’s otherwise stellar career.