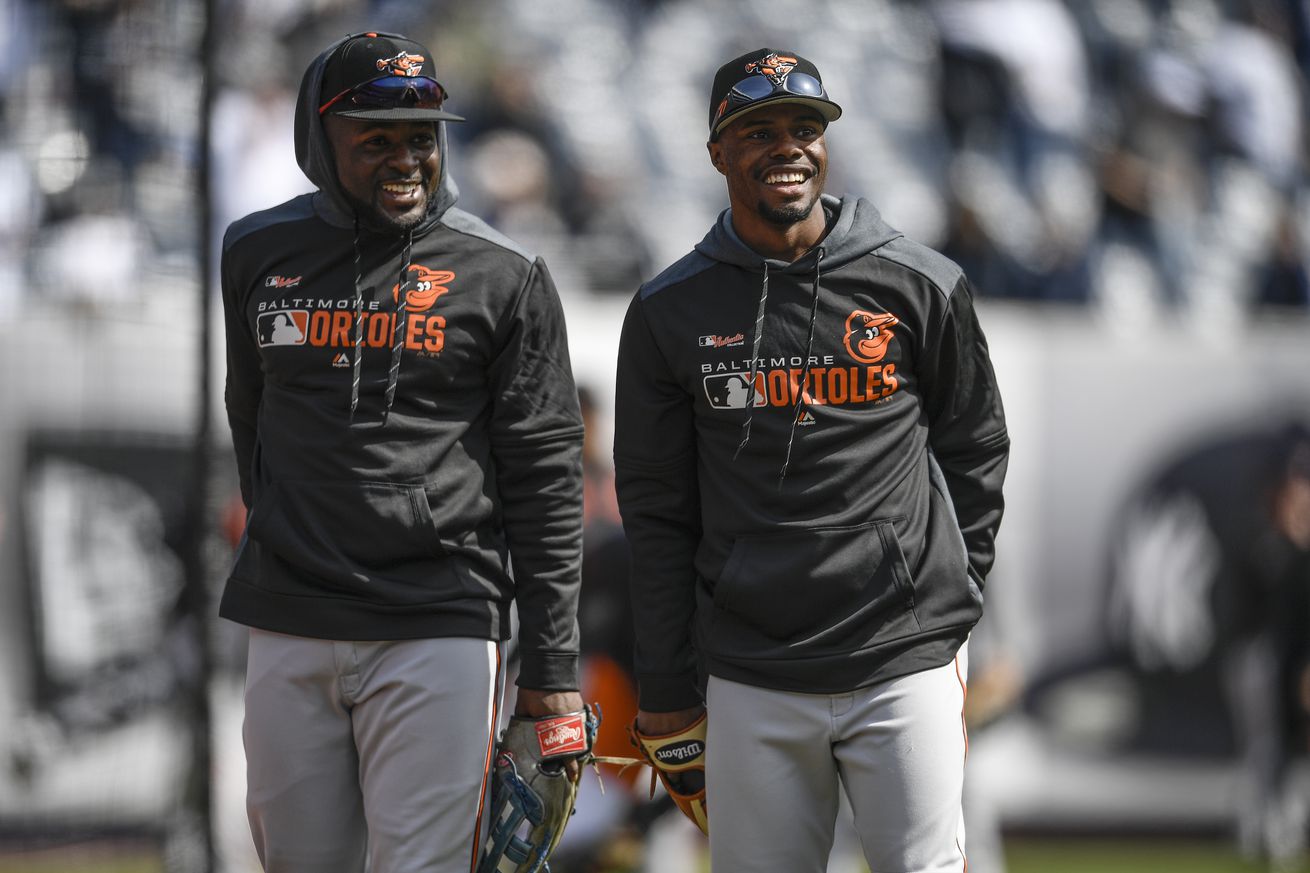 In a crowded outfield, it’s anyone’s guess as to who will make the O’s roster as a backup to the three assumed starters.

Up until a few days ago, the Orioles entire outfield situation seemed rather settled. From left to right, the everyday starters would be Anthony Santander, Austin Hays and Trey Mancini. Spelling each of them from time to time was likely going to be the team’s ultimate utility man, Stevie Wilkerson, who started more games than any other Oriole in center field during the 2019 season.

It appears, however, that Mike Elias had different thoughts.

On Friday, Wilkerson was designated for assignment in order to make room on the 40-man roster and allow the O’s to claim right-handed pitcher Travis Lakins from the Chicago Cubs.

It’s not especially shocking that Wilkerson was on the bubble. While his defensive versatility was certainly useful, the 28-year-old provided little additional value. In 135 career MLB games, Wilkerson owns a 68 wRC+ and a 30.2% strikeout rate. On top of that, he grades out as a below-average defender, regardless of which position he plays.

Wilkerson could still return to the Orioles and make a run at his old job in spring training via a non-roster invite. But his odds of successfully doing so are slim.

The DFA of Wilkerson, paired with the additional 26th spot on MLB rosters this season, opens up the possibilities for how the Orioles could handle their outfield depth. They need someone who can play center field in place of Hays on occasion. And they could need an additional corner bat on days that Mancini DH’s or plays first base.

Beyond the three anointed starters, the Orioles have four other outfielders (or five, depending on your ideas of what constitutes an “outfielder”) already on their 40-man roster, and all but one of them has major league experience.

Dwight Smith Jr. played in 101 games for the Orioles last year, but also spent a couple of weeks in the minors due to some uneven performances. He was hot in March and April (.810 OPS), but slumped badly in July (.470 OPS). Defensively, he is limited to the corners, but could provide enough offensive upside that he plays his way back into a big league role.

It has been a tough start to a big league career for DJ Stewart. The former first-round pick has had just brief opportunities to prove his worth, but a combination of middling performances and injuries have impacted his chances. He had surgery on his ankle in October, and isn’t expected to return to “baseball activities” until the end of spring training. That means he is likely headed back to Triple-A Norfolk to open the season.

Cedric Mullins, surprisingly enough, may be the Oriole with the best profile to play a fourth outfielder role. He has over 500 innings of experience as a major league center fielder. His struggles with the bat to begin last season are well-documented (.094/.181/.156 in 74 plate appearances), but he was better defensively while in the bigs this past summer. If he can at least hit enough to justify his roster spot, Mullins could have the inside track to the job.

The O’s added Ryan McKenna to the 40-man roster this off-season in order to protect him from the Rule 5 draft, but the 22-year-old needs more minor league seasoning. He has hit a bit of a wall offensively in Double-A. He could do well with more time spent there, but once he is fully developed he too has a perfect fourth-outfielder skill set that could see him turn in good enough offensive production paired with some serious base-stealing speed.

And let us not forget about Ryan Mountcastle. The team’s second-best offensive prospect (behind Adley Rutschman) won’t be playing center field, but the Orioles have made an effort to give him time in left field. He can hit well enough for the position, but the team will need to ensure he his glove isn’t too much of a detriment.

Yusniel Diaz had a nice 15-game spring with the Orioles last year. He slashed .306/.316/.472 with three doubles and a home run. There were some hoping that he would break camp with the big league team, or at the very least make his way to Baltimore sometime in the summer. It never happened. Instead, he dealt with a smattering of injuries and played in just 85 games all summer. Provided he is healthy, the 23-year-old could make it to the big leagues this season, but he will probably spend time in Triple-A first.

The balls were juiced in both the big leagues and in Triple-A last year. That makes Mason Williams’s .308/.371/.477 batting line with the Tides easier to understand. Nevertheless, it was good enough to earn him a late-season promotion to Baltimore during which he went 8-for-30 with one double and six strikeouts. He has brief experience at all the outfield positions in the majors, and the results have been acceptable, albeit below-average. It’s easy enough to see his path to a job with the Orioles to open the season.

Dilson Herrera will probably see some innings in the outfield as well this spring. An infielder by trade, Herrera played 11 games in left field for the 2018 Reds and spent some time in both corner spots with the Mets’ Triple-A affiliate in 2019.

There remains a handful of interesting veteran outfield options that the Orioles could opt for if they feel that their internal options are inadequate. But the only players that could really be considered upgrades would cost more than the club has made clear they are willing to spend this off-season.

Perhaps the most intriguing player on the market is speedster Billy Hamilton. The former top prospect is still a bad hitter. He posted a .218/.289/.275 slash line in 119 games split between the Royals and Braves. But he also registered 7 DRS and 15.3 UZR/150 over 826 innings in center-field. If the Orioles are interested in adding defense for little cost, he could be had for relatively cheap.

What’s more likely is that the O’s head into the season with the players you already know. There is little point in filling a void with a flawed free agent, when it would be more useful to do the same with an internal candidate.

The way things are setting up, the Orioles could head into the season with two back-up outfielders: one with a center fielder’s skillset and one to play the corners. It could come down to a battle between Mullins and Williams for the former while Smith tries to hold off the promising Mountcastle in the corner.