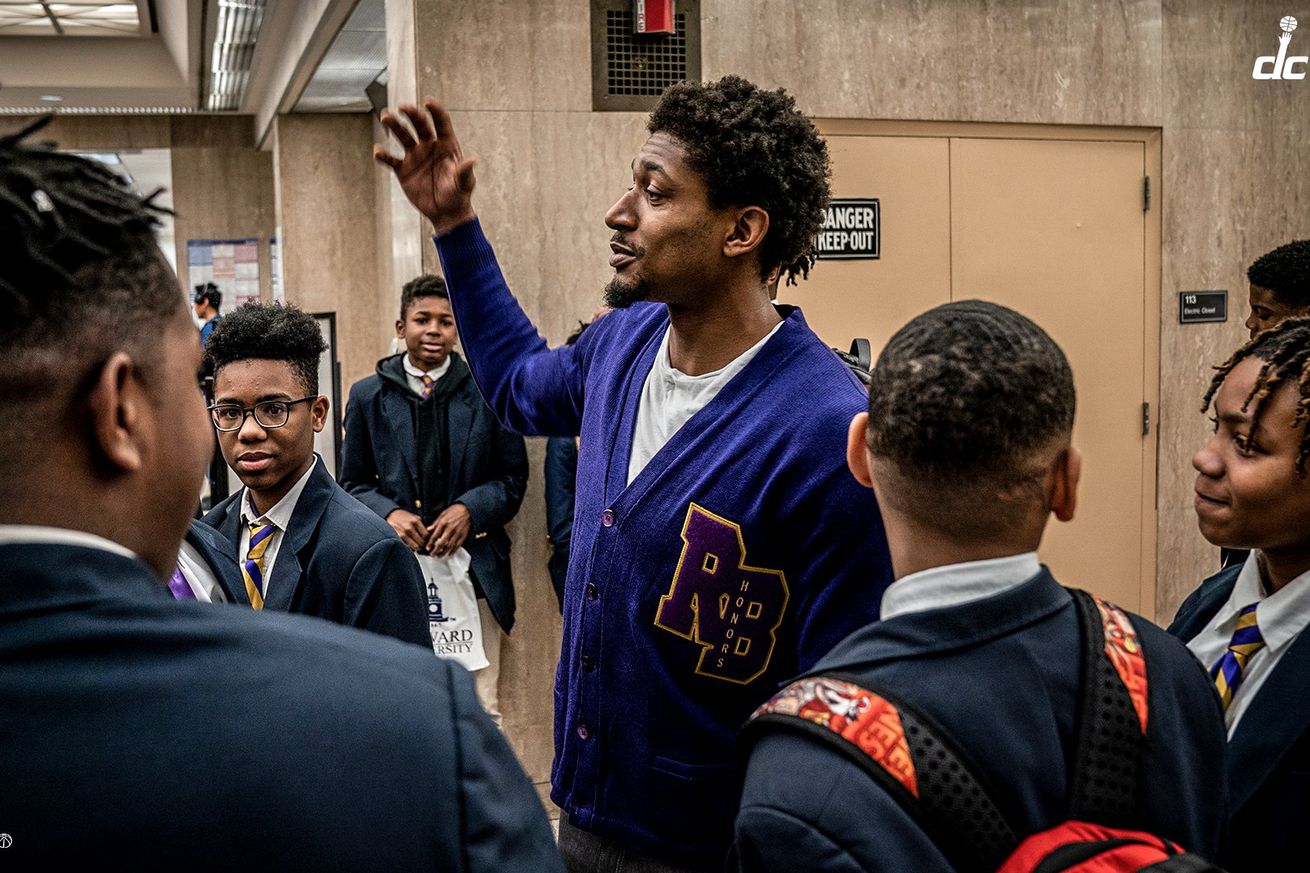 The Washington Wizards guard took students from a Washington high school around town.

On Tuesday, the Washington Wizards released a couple videos featuring Bradley Beal taking a group of Ron Brown High School students on a college tour and to the regional sports network that airs games on television.

First, Beal took 50 students on a tour of Howard University in Washington. along the way, they also met university president Wayne Frederick.

In addition, Beal took RBHS students to NBC Sports Washington’s facility and studios in Bethesda, Md. There, the students met Wizards reporter Chris Miller who gave a talk to the students.

“A mentor of mine told me you have to bring somebody along with you, and if I can carry one of these 22 along with me then I feel like I’ve done my job.”

It is always a great thing to see Beal act as a mentor to children and get inspired after meeting key figures in both higher education and media. You never know, perhaps the guard could be in contention for a second consecutive NBA Community Assist Award!