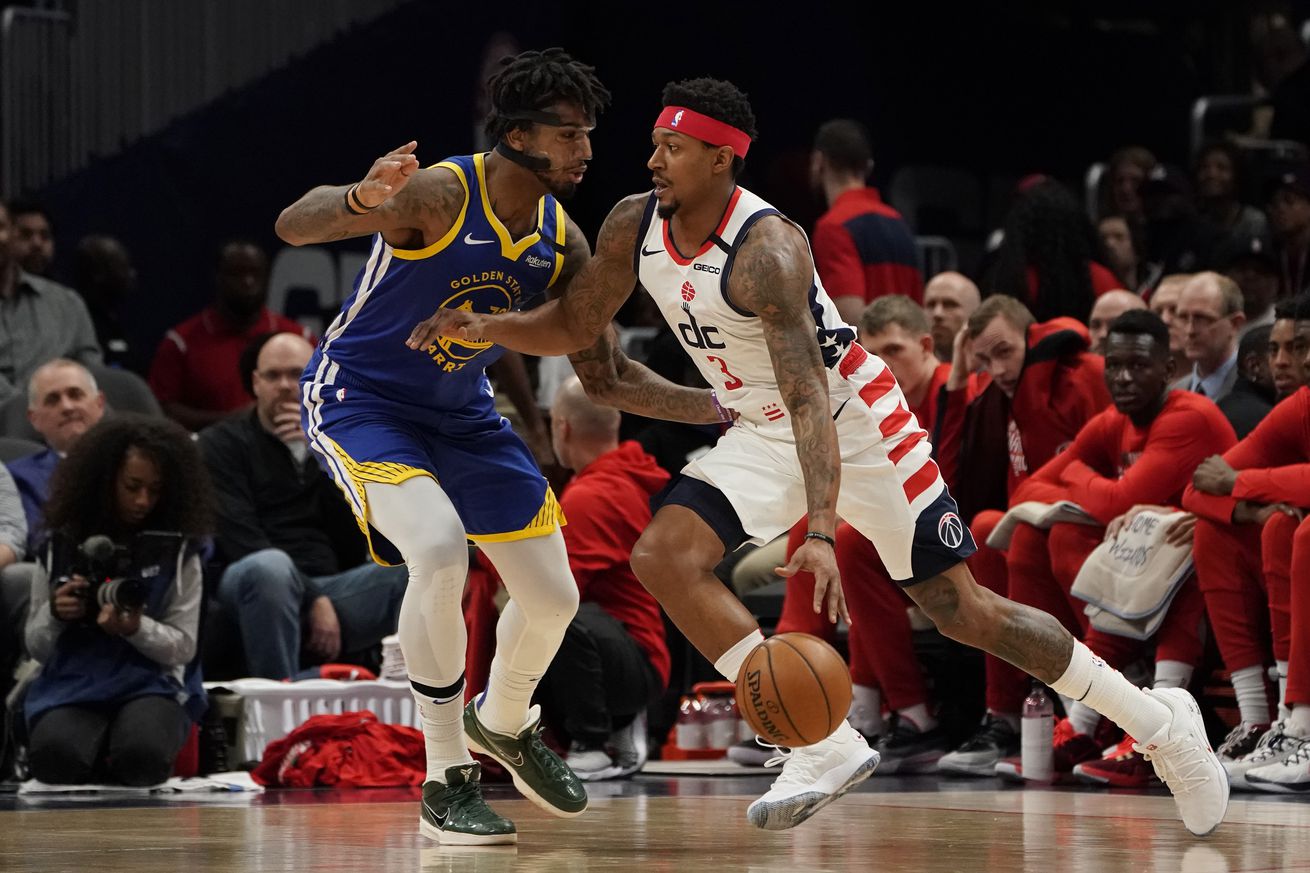 In a milestone night for Beal, but his 43 points weren’t enough.

Bradley Beal hit another career milestone Monday night. He moved up to third on the Wizards franchise all-time leading scorers list. The shooting guard finished the night with 43 points, 2 rebounds, and 6 assists in the Wizards’ 125-117 loss against the Golden State Warriors.

While Washington has lost four of their last seven games, Beal has had an impressive stretch of performances. It’s safe to say he hasn’t let not being named an All-Star this year affect his game.

Here are his points and assists in the Wizards’ last seven games:

In his post-game media availability, Beal talked about playing the Warriors without Stephen Curry and Klay Thompson, the team’s defense issues, and combatting double-teams. He gave a nod to Alec Burks after he scored 30 points against the Wizards. Beal also spoke briefly about having Moritz Wagner and Rui Hachimura back on the floor.