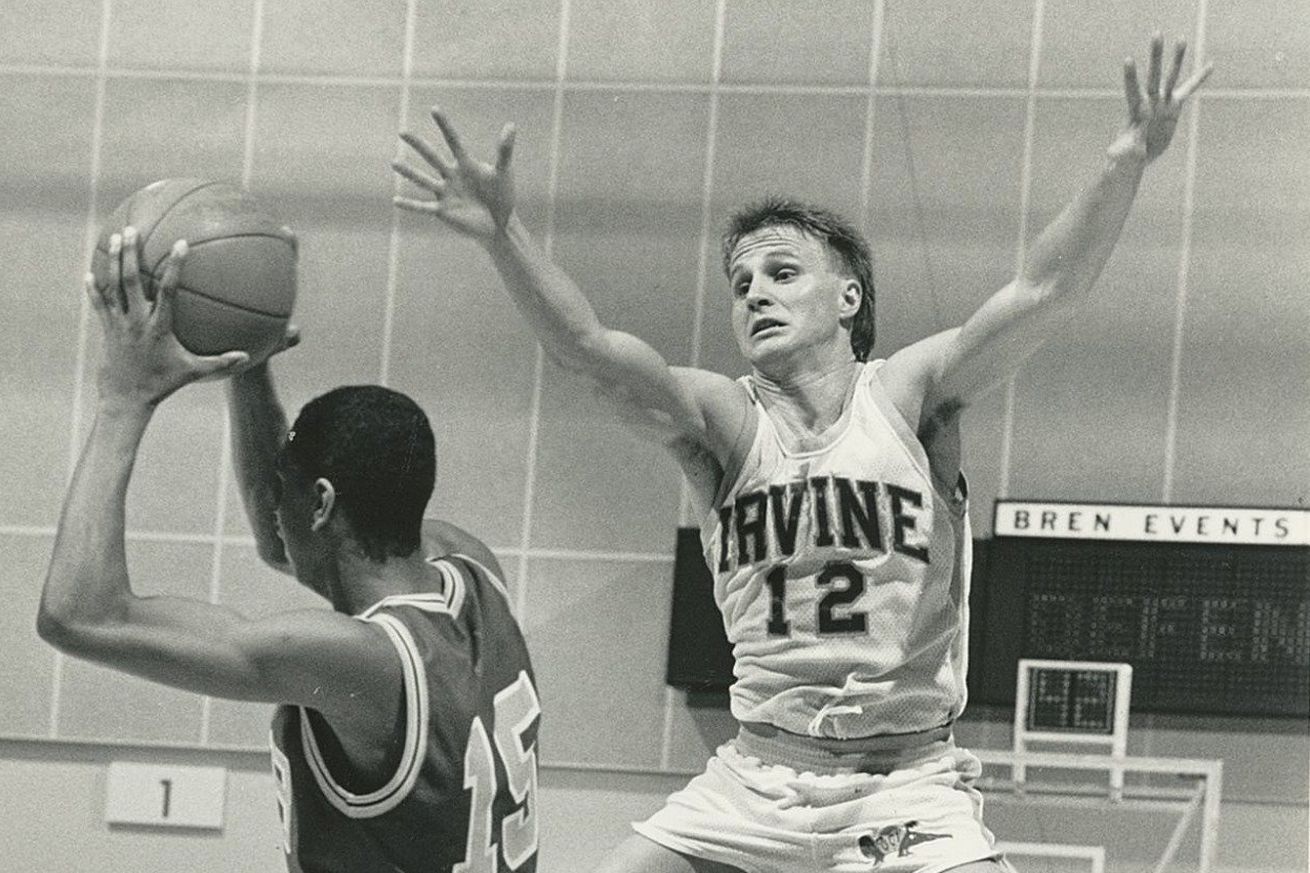 Scott Brooks was a star for the UC Irvine Anteaters when he was in college. | UC Irvine Twitter

The Washington Wizards head coach went to his college during his team’s west coast road trip. Along the way, his No. 12 was retired in recognition of his accomplishments there from 1985-87.

To most basketball fans in the DMV, Scott Brooks is best known as the Washington Wizards head coach. However, if you head to UC Irvine, Brooks is known as one of their all-time greats on the court.

During the Wizards’ west coast road trip, Brooks’ number was retired at UC Irvine, which is about an hour south of Los Angeles. Of course, he traveled down there for the festivities.

Brooks played for the Anteaters from 1985-87 as a transfer where played on their NIT team in the 1985-86 season. In his senior season, Brooks averaged 23.8 points per game, including four made threes per game. Brooks was kind of like Stephen Curry — AT DAVIDSON, NOT THE WARRIORS — before Stephen Curry.

Brooks would go on to play 10 seasons in the NBA where he played on six NBA teams and was part of the Houston Rockets’ championship team in the 1993-94 season.

In a column written by Candace Buckner of The Washington Post, Brooks was originally brought to UCI as a rotational guard. But he ultimately became a starter and turned any slights (like being overlooked on media day) into big performances on the court.

And here’s the unveiling ceremony!

There’s officially a new number hanging in the rafters of the Bren pic.twitter.com/JCZE17X8yy

He also got to see UCI beat Eastern Michigan 77-56. The result was expected because Anteaters are coming off a second round NCAA Tournament appearance last season and are predicted to win the Big West Conference title.

Brooks also said some words to the fans here.

“I am so thrilled and honored to be a part of the @UCIrvine Anteater family – it means everything to me.” 1️⃣2️⃣#RepTheDistrict | @UCIAthletics pic.twitter.com/gMyzGu4ZOO

Congratulations to Coach Brooks for putting UCI men’s basketball on the map. Hopefully the positive vibes from last night will lead to a victory against the Los Angeles Clippers