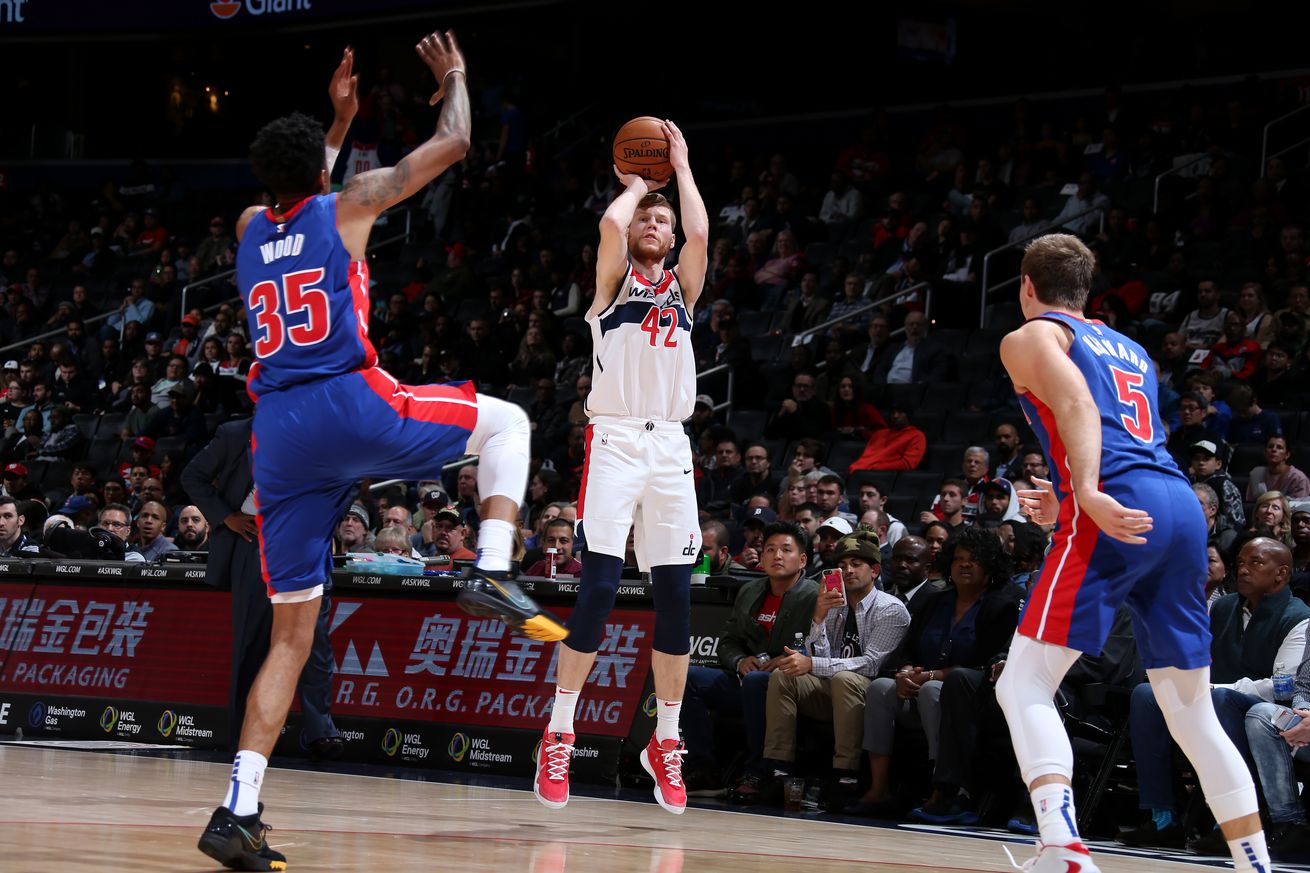 Davis Bertans is a prolific and accurate three-point shooter. That’s why the Wizards should figure out how to get him even more shots. | Photo by Stephen Gosling/NBAE via Getty Images

The Latvian Laser provides an elite combination of volume and accuracy.

Forward Davis Bertans, acquired from the San Antonio Spurs for essentially nothing, is off to a great start from long-range. Nicknamed the “Latvian Laser,” Bertans had already established himself as one of the game’s best shooters. So far this season, Bertans is launching threes at a career-high rate, and with career-best accuracy.

According to Basketball-Reference, Bertans is attempting 15.1 field goal attempts per 100 team possessions — 12.0 of those attempts are from three-point range. That’s a three-point attempt rate of 79% — sixth highest so far this season among players with at least 100 minutes played.

Bertans’ 12.0 attempts per 100 team possessions ranks 12th so far this season, about the same number of Luka Doncic and J.J. Redick. Among the NBA’s top 20 in three-point attempts per 100 team possessions, Bertans (.438 from three) is one of just seven players shooting over 40% from long range. The others: Kemba Walker, Trae Young, Karl-Anthony Towns, Redick, Devonte’ Graham, and Danilo Galinari.

Bertans has been at his best spotting up in transition and in catch-and-shoot situations in the halfcourt. According to NBA.com, 92% of his three-point attempts have come on a touch of less than two seconds. He’s shooting 45.8% on those attempts, which is consistent with the data from last season with the Spurs.

While Bertans is likely to draw increased defensive attention, Scott Brooks and the coaching staff should be crafting schemes to get him even more three-point attempts. In recent years, players routinely launch as many or more threes as Bertans so far this season. And it’s not just stars either. Role players like Marreese Speights, C.J. Miles, Gerald Green, Troy Daniels, Wayne Ellington, Malik Monk, etc. have taken more threes per 100 team possessions than Bertans has so far this season. One thing they have in common: none of them shoot it as well.

Ideally, Bertans will figure out some ways to add value beyond three-point shooting. His non-shooting game has never been impressive — meh rebounding, no play-making, so-so defense — but this season it’s been downright anemic. But, his shooting is enough to keep him on the floor, especially if the coaching staff can help him get even more looks.

Bertans is in a contract year, and his kind of shooting is coveted around the league. He’s likely to be one of the Wizards’ more valuable trade commodities before the trade deadline and the front office will have to decide whether to deal him for a future asset or attempt to re-sign him this summer.