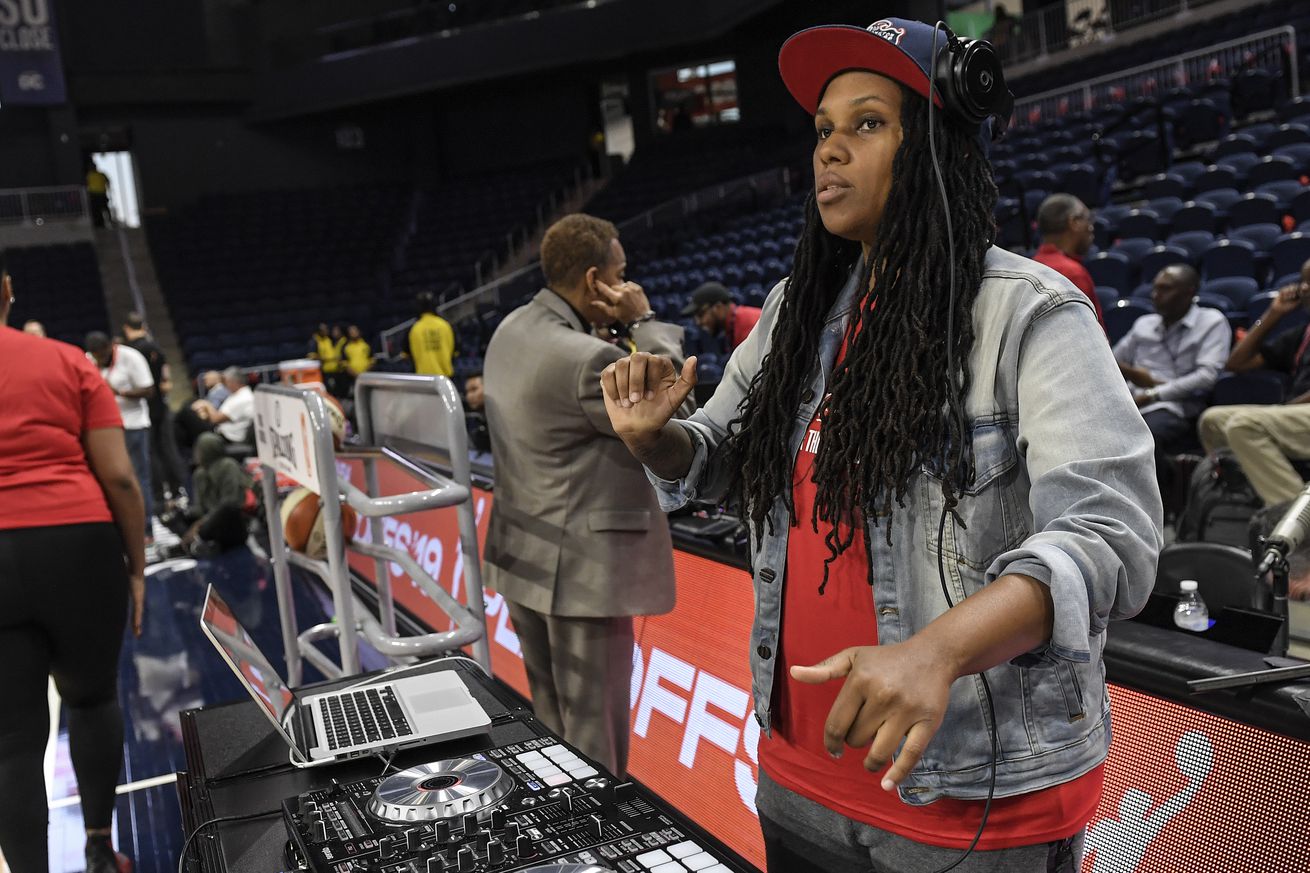 Looks like NBA All-Star Weekend will have a bigger Washington presence than we initially feared. Yes, I know, Bradley Beal won’t be there. But multiple players will take part in NBA All-Star Weekend like Rui Hachimura, Moritz Wagner and Davis Bertans in the Rising Stars game and the 3-point contest.

And on Tuesday, we learned that two members of the in-game arena entertainment crew will also #RepTheDistrict.

Ahhhhhh!!! Is this even real?! Yes!! It is!! Me and my potna dem @itsbrittwaters will be at NBA All-Star Weekend in Chicago!!! Ayeeeeee!!! We lit!! Much love to our @washwizards family!! We’re ready to #RepTheDistrict in The Chi!! pic.twitter.com/lIUuRhNAbJ

DJ Heat and Britt Waters, the Wizards’ official in-game DJ and game host respectively, will also take part in some NBA All-Star Weekend events in Chicago between Feb. 14 through 16, including the NBA Celebrity Game on Friday, Feb. 14, according to Chris Richards of The Washington Post.

For those of you who don’t know DJ Heat, she’s been a regular in the music scene locally and has been DJ-ing since the age of 13. DJ Heat has also been featured spinning tracks on Shade 45 of SiriusXM Radio and WERQ-FM in Baltimore, Md.

Furthermore, she worked with Big Tigger, who was the Wizards’ DJ in the past and a radio show host on rhythmic station WPGC-FM before moving to Atlanta. You can also see DJ Heat working with other big-time artists and around various events in the DMV. Heat is currently in her second season with the Wizards in her current capacity.

Waters is in her first season with the Wizards as their in-game host. But she can also be heard on WPGC-FM in Washington and WNEW-FM, an adult contemporary station in New York City. And if that weren’t enough, she does some automotive journalism, primarily for luxury cars!

Before DJ Heat and Waters give me … “heat” for a glaring omission, don’t worry! They aren’t just holding the fort for Wizards games.

You can also see them in their same roles for the Washington Mystics where they have helped boost the fan atmosphere and lead swag surfing since 2017.

YOOO FANS ARE SWAG SURFIN AT THE MYSTICS GAME. Mystics winning it all. pic.twitter.com/Vd8Sx2BYrv

And by the way, this video of the two talking about Will Smith, his time on the “Fresh Prince of Bel Air” and mid 1990s music as a solo rapper is a must-watch! Especially when the Wizards are hosting a 1990s-themed postgame concert on Friday night!

Congratulations to DJ Heat and Britt for making it to NBA All-Star Weekend!