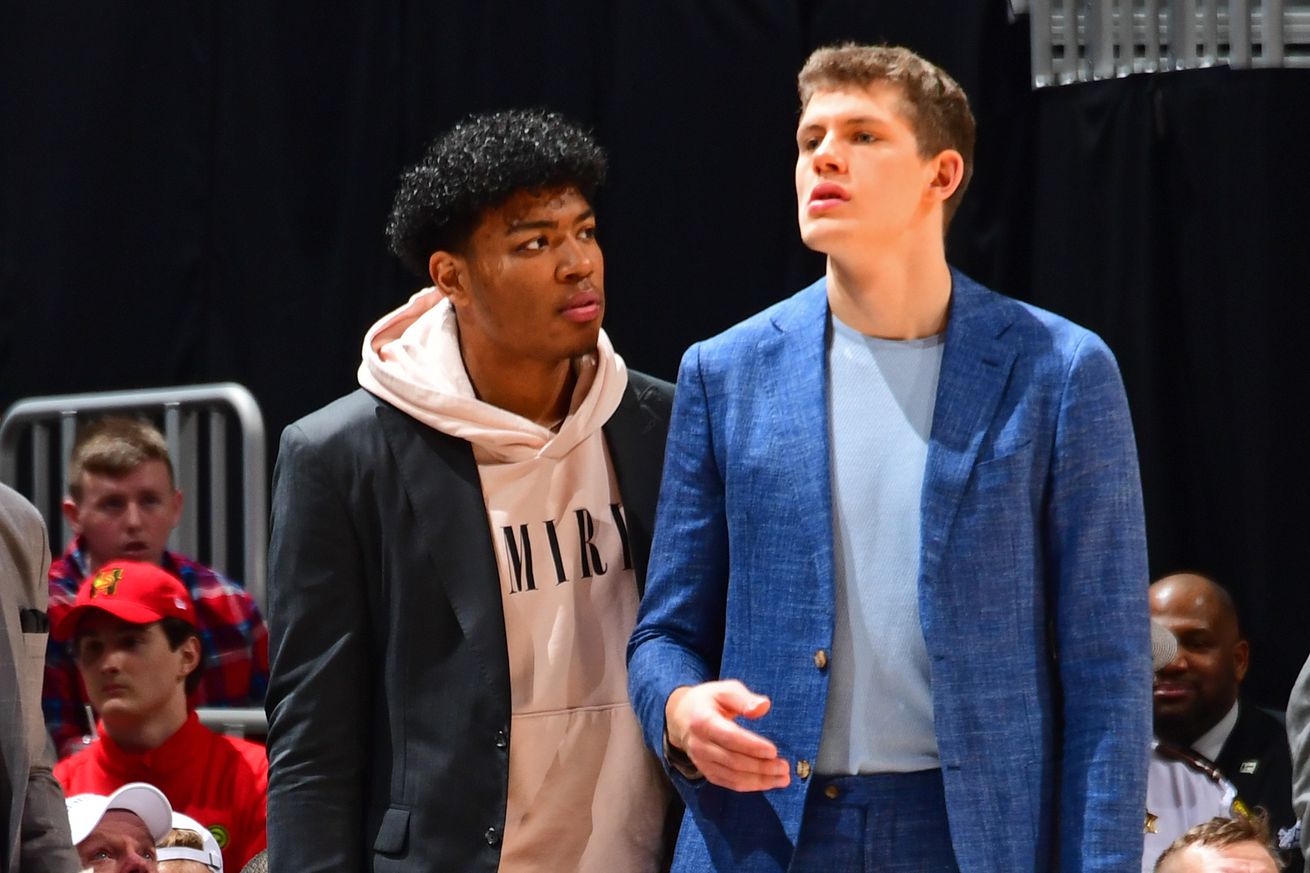 Rui Hachimura and Moritz Wagner will represent the Wizards in NBA All-Star Weekend. | Photo by Scott Cunningham/NBAE via Getty Images

The Washington Wizards posts are happy to represent the District, their countries and the fact that the NBA is a more global league than ever before.

On Friday, Washington Wizards posts Rui Hachimura and Moritz Wagner spoke to the media regarding their selections to the 2020 NBA Rising Stars Challenge. Since both are not Americans, Hachimura and Wagner will play for Team World.

Hachimura was very happy to make the game and also looks forward to seeing Japanese fans watch the Rising Stars Challenge. He is now listed as questionable for tonight’s game against the Brooklyn Nets.

“I remember when I was kid in junior high…I didn’t get go to school. I was home and watched most of the game. It’s that big.”

Rui Hachimura (@rui_8mura) on being named to the #NBARisingStars Challenge and how close he is to returning from injury. pic.twitter.com/skOCYFPAKG

Wagner expressed his gratitude for getting named to the game as well. He also noted that it’s not a big deal that the NBA is drafting more European players than ever before. After all, it wasn’t long ago when European players were viewed as “soft.” Today, Giannis Antetokounmpo, the reigning NBA MVP and Rudy Gobert, the Defensive Player of the Year are Europeans.

Moe Wagner on being selected to the #NBARisingStars World Team, the latest on his injury rehab, and remembering Kobe Bryant.#RepTheDistrict | @moritz_weasley pic.twitter.com/FWRUs5h1uh