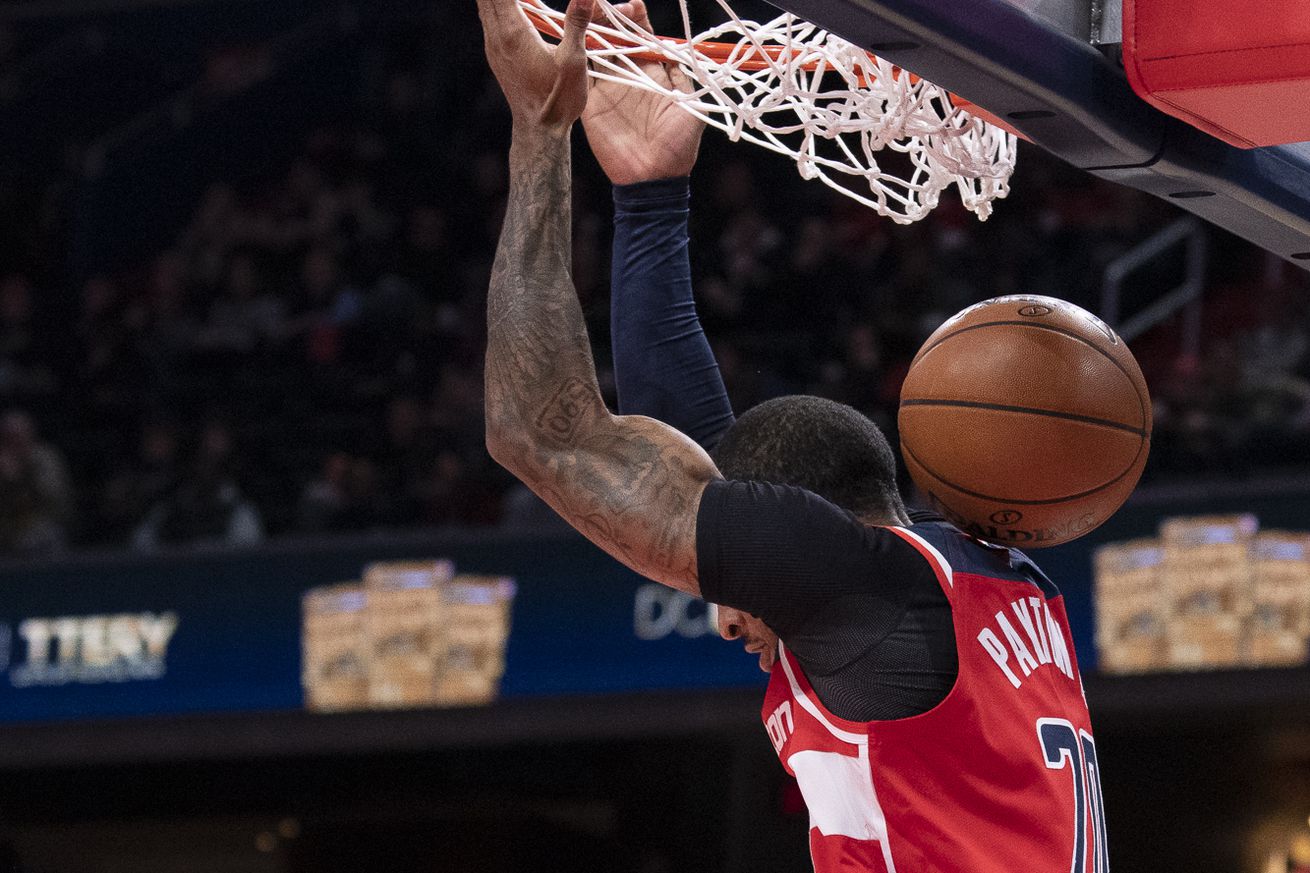 The Wizards actually played some defense. Sure, they still gave up easy layups and open shots, and yes the Nets helped by missing a big chunk of those (hi there Taurean Prince), but if you saw players in Wizards uniforms doing things like pressuring the ball, rotating to help and protecting the rim, your eyes weren’t deceiving you. You (probably) weren’t watching a tape of a Randy Wittman coached squad.

There was Gary Payton II harassing Kyrie Irving into multiple turnovers. Bradley Beal tried on defense for a change and emerged with 3 steals and 3 blocks. Davis Bertans got in the act with a block of his own. Ish Smith was a pest.

I mean…it was defense. From a Wizards team. I don’t want to make too big a deal of this, but Washington had given up 150 or more (not a typo) in two of their previous three games. They were better against Charlotte a couple nights ago, but still awful. But they actually defended against the Nets.

In his book Basketball On Paper, Wizards assistant coach Dean Oliver formalized the four factors (offensive and defensive) that determine who wins and loses in the NBA. If you want more info and don’t feel like paying for Oliver’s book, you can check out the primer I wrote for the Wizards site a few years back.

This game offered something relatively rare: the team that shot best from the floor lost. The most important of the four factors is shooting — the team that shoots best wins 78% of the time in the NBA — but the Wizards won because they got 6 more offensive rebounds, committed 6 fewer turnovers and got more trips to the free throw line.

Below are results from a couple metrics I developed. Player Production Average (PPA) is an overall production metric that’s pace neutral and accounts for defense. It rewards players for doing things to help their team and debits them for things that don’t — each in proper proportion. In PPA, 100 is average and higher is better.

Scoreboard Impact Rating (SIR) translates overall production into points on the scoreboard in this game.

The Wizards top performers were Beal and Thomas Bryant. For the Nets, Jarrett Allen, Joe Harris and DeAndre Jordan were productive. Former Wizards player Garrett Temple erupted for 14 first-quarter points, but was quiet the rest of the way to finish with 17.

Allen’s performance reinforced how preposterously bad Ernie Grunfeld was at running the team. The Nets selected Allen using the pick Grunfeld gave them for a mostly bad two months from Bojan Bogdanovic. Allen, now in his third season, is playing well. Bogdanovic, who had a terrific first week in Washington…and was terrible the rest of the time, found his niche in Indiana and is a key contributor this season in Utah.