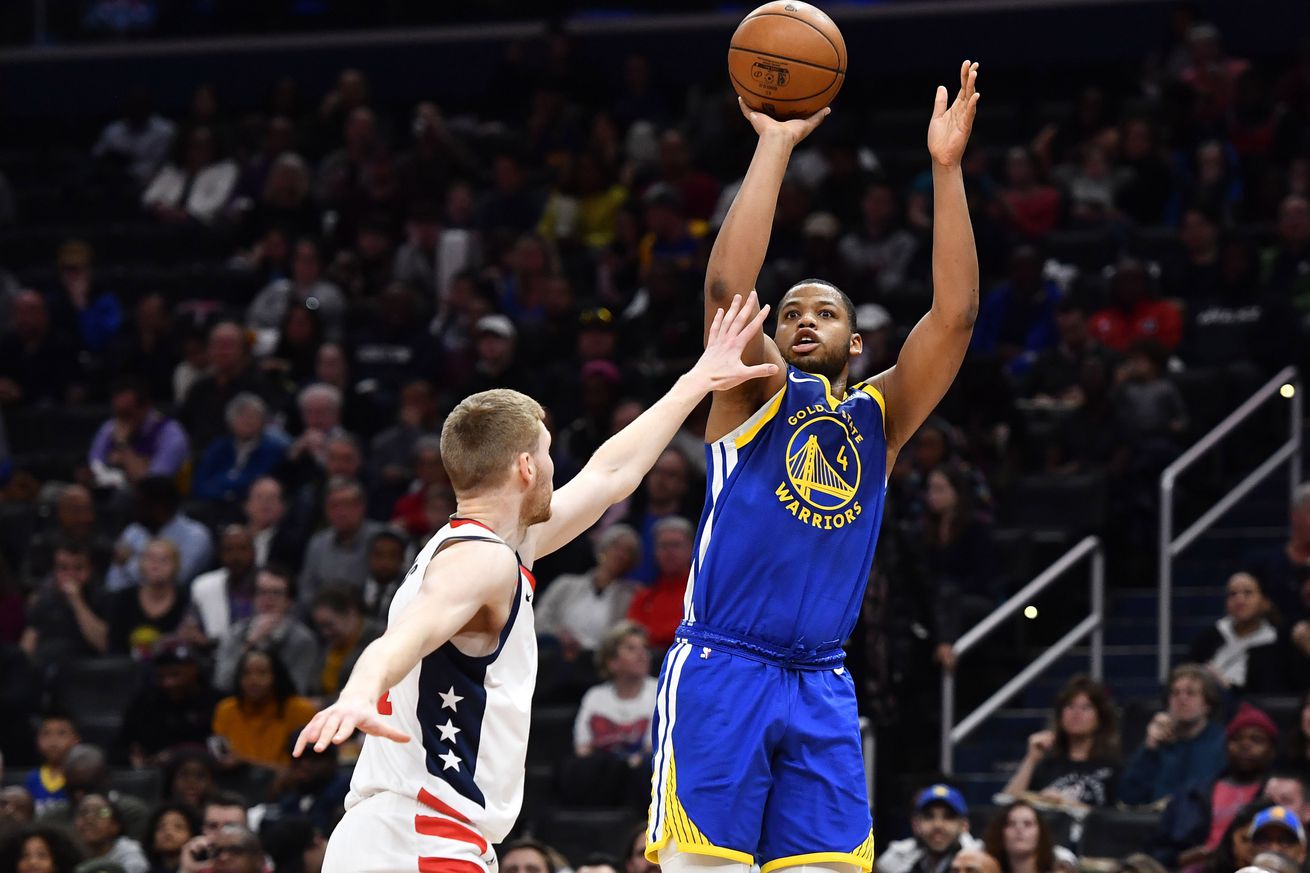 At what point do the Wizards get embarrassed? When does competitive pride emerge? When does a team that plays with so much energy and enthusiasm stop getting kicked in the teeth on defense?

The answer to all three of these: at least one more game.

I say “raw terms” because I was looking strictly at defensive rating (points allowed per possession x 100). But, account for the level of competition and it’s putrid. The Warriors entered the game with the NBA’s worst offense. Dead last at 104.7 points per 100 possessions. They hung 125 points on the Wizards.

With a chance to earn their first three-game win streak of the season — facing a team that came in 2-15 since an improbable four-game winning streak in December — laid down defensively.

They oughta be embarrassed.

In his book Basketball On Paper, Wizards assistant coach Dean Oliver formalized the four factors (offensive and defensive) that determine who wins and loses in the NBA. If you want more info and don’t feel like paying for Oliver’s book, you can check out the primer I wrote for the Wizards site a few years back.

The most important stat is shooting from the floor, and the Wizards let the Warriors — the NBA’s second worst shooting team this year — have a .580 efg. They also gave up 12 offensive rebounds to a team that mostly ignores the offensive glass.

Below are results from a couple metrics I developed. Player Production Average (PPA) is an overall production metric that’s pace neutral and accounts for defense. It rewards players for doing things to help their team and debits them for things that don’t — each in proper proportion. In PPA, 100 is average and higher is better.

Scoreboard Impact Rating (SIR) translates overall production into points on the scoreboard in this game.

It’s difficult to give too much credit to individual players for having good games when the team’s defense was so atrocious. The Wizards’ top performers:

The Warriors didn’t exactly distinguish themselves on defense either. Their defense is among the NBA’s worst, and the Wizards shot .560 (efg) and posted an offensive rating of 118. They got solid to excellent production from nearly everyone who played significant minutes — the exception was Eric Paschall, who managed 10 rebounds in just 24 minutes, but shot just 5-13 from the floor, 4-9 from the free throw line, and committed 2 turnovers and 2 fouls.