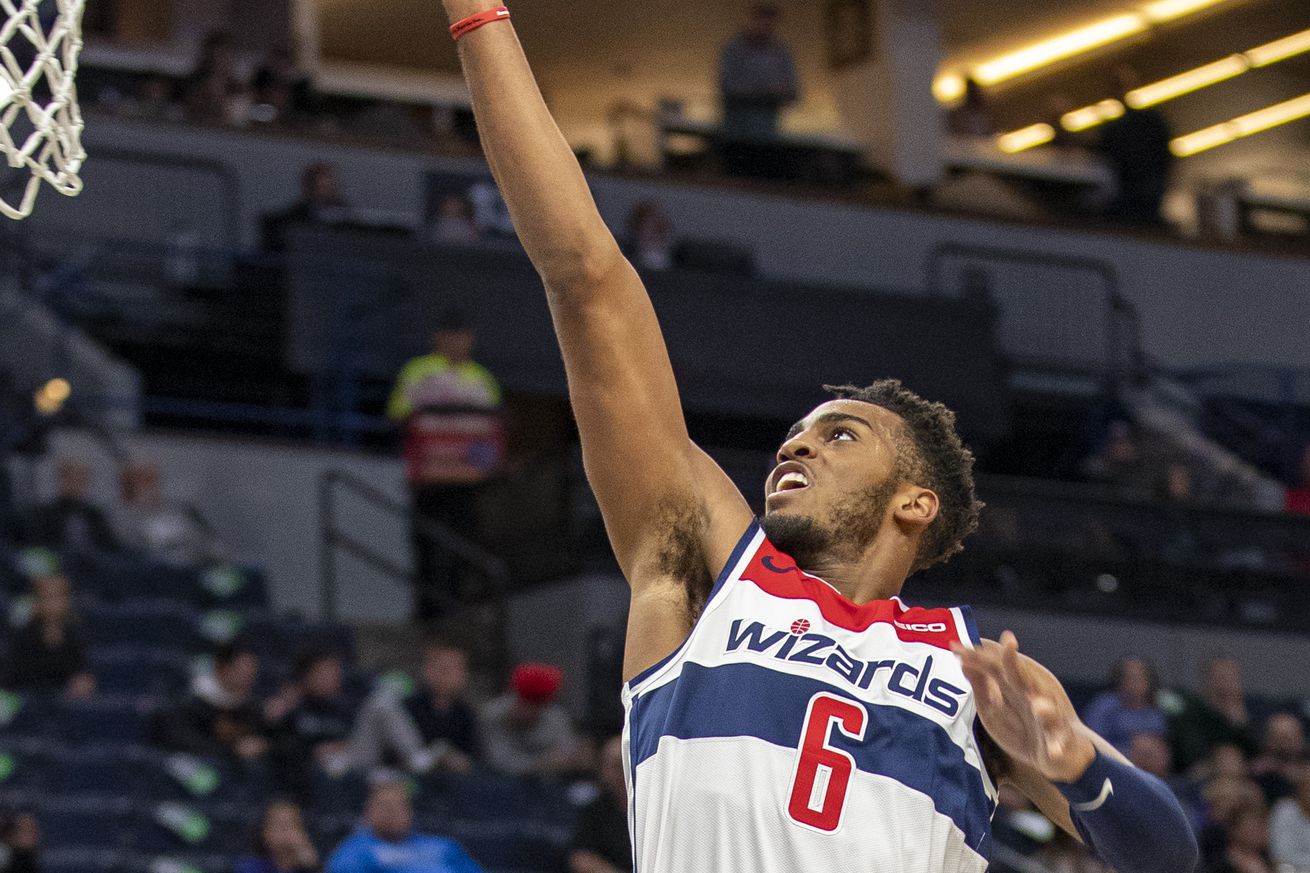 Washington entered this season in a precarious position at point guard. All-Star John Wall was sidelined with a torn Achilles, and will likely miss the entire 2019-2020 campaign. They let Tomas Satoransky depart, which meant a complete redo at the position. Enter veterans Isaiah Thomas and Ish Smith — veterans stopgaps until Wall gets healthy.

After returning from a nagging injury of his own, Thomas supplanted Smith in the starting lineup. Thomas, who’s looking to resurrect his career and earn one last big contract, has been pretty good on the offensive end, averaging 13.4 points and 6.1 assists per contest. He’s no longer the deadly scorer he was in that scintillating 2017 season in Boston, but he can still shoot — 55% on two-point attempts and 45 percent threes.

But, offense has never been the issue for Thomas — it’s the other end that’s the problem. The diminutive Thomas was never a good defender, but in a Wizards uniform he’s been downright awful. The team’s defensive rating is an astronomical 123.8 points per 100 possessions with Thomas on the floor and a decent 104.3 when he sits ’s off the floor. Even for a small sample size, that difference is colossal. Unfortunately for the Wizards, the eye test backs up the numbers.

To put things bluntly, Thomas could care less about the defensive end of the floor. His 5-9 stature is a factor, but his lack of defensive effort is inexcusable. Thomas hardly puts his hands up, dies on screens rather than fighting through them, and is sometimes so out of position that his teammates have to literally push him to where he’s supposed to be in. He’s become such a liability that it’s reached a point where opponents are essentially playing 5-on-4. The coaches have attempted to cover for him with a 2-3 zone, but that’s been easily solved, in part because Thomas is so ineffective.

Enter Ish Smith. The 10-year veteran playing for his 11th NBA team is a traditional backup point guard in every sense of the term. His role for this team is to trigger the offense, not score, and he seems fine with that.

The offense tends to run smoothly when Smith is on the floor, even though he’s a poor shooter. As the trigger man, he’s content with getting the offense running, driving to collapse the defense and find open shooters — and he gives a professional effort on the defensive end of the floor.

In five games as a starter, Smith averaged a pedestrian 8.6 points and 4 assists in 28.2 minutes of action. When Smith was demoted to the bench, his shooting numbers dipped. Smith, who’s not known for this shooting, saw his scoring numbers plummet across the board — which is OK because the Wizards don’t need him to score. What is important is that Smith is still dishing out four assists per contest and has a much more respectable defensive rating, all while getting seven fewer minutes per night.

Although it’s a tiny sample size, the numbers are staggering. The lineup of Smith-Beal-Brown-Hachimura-Bryant has combined to play just seven minutes this season but scores at a rate of 127.8 points per 100 possessions. Swap Thomas in for Smith and the offensive rating dips all the way to 105.5 not to mention, taking a minor step backwards on the defensive end as well.

The Wizards thought a point guard rotation of Thomas and Smith could be effective enough to facilitate player development. They’re mature veterans with good reputations. But both were available because of significant deficiencies in their games.

Those deficiencies are good reason for the Wizards to consider adding Troy Brown Jr. to the point guard mix. Both in the Las Vegas Summer League and so far this season, Brown looks more comfortable with the ball in his hands than he does playing on the wing.

In losing Wall to injury and letting Satoransky walk, the Wizards went from having two of the biggest point guards in the league to two of the smallest. Brown’s size and his solid defense would be an instant upgrade on that end of the floor. Scrapping out as many wins as possible isn’t the goal for this season. The team’s focus should be developing younger guys and seeing who might be a viable piece long-term.

Coach Scott Brooks is giving Brown a bit of the Satoransky treatment by playing him out of position and resisting the idea of sliding him over to the point guard position. But if Brooks never toys with playing Brown where he feels most natural, can he reach his potential in Washington?

One thing is for sure, the Wizards are going to put up points regardless of who they put out on the floor. But in a rebuilding season where the playoffs are out of the question, it’s time for the Wizards to rethink their point guard rotation by giving more minutes to Brown and Smith. And hey, they might even win a few more games in the process.