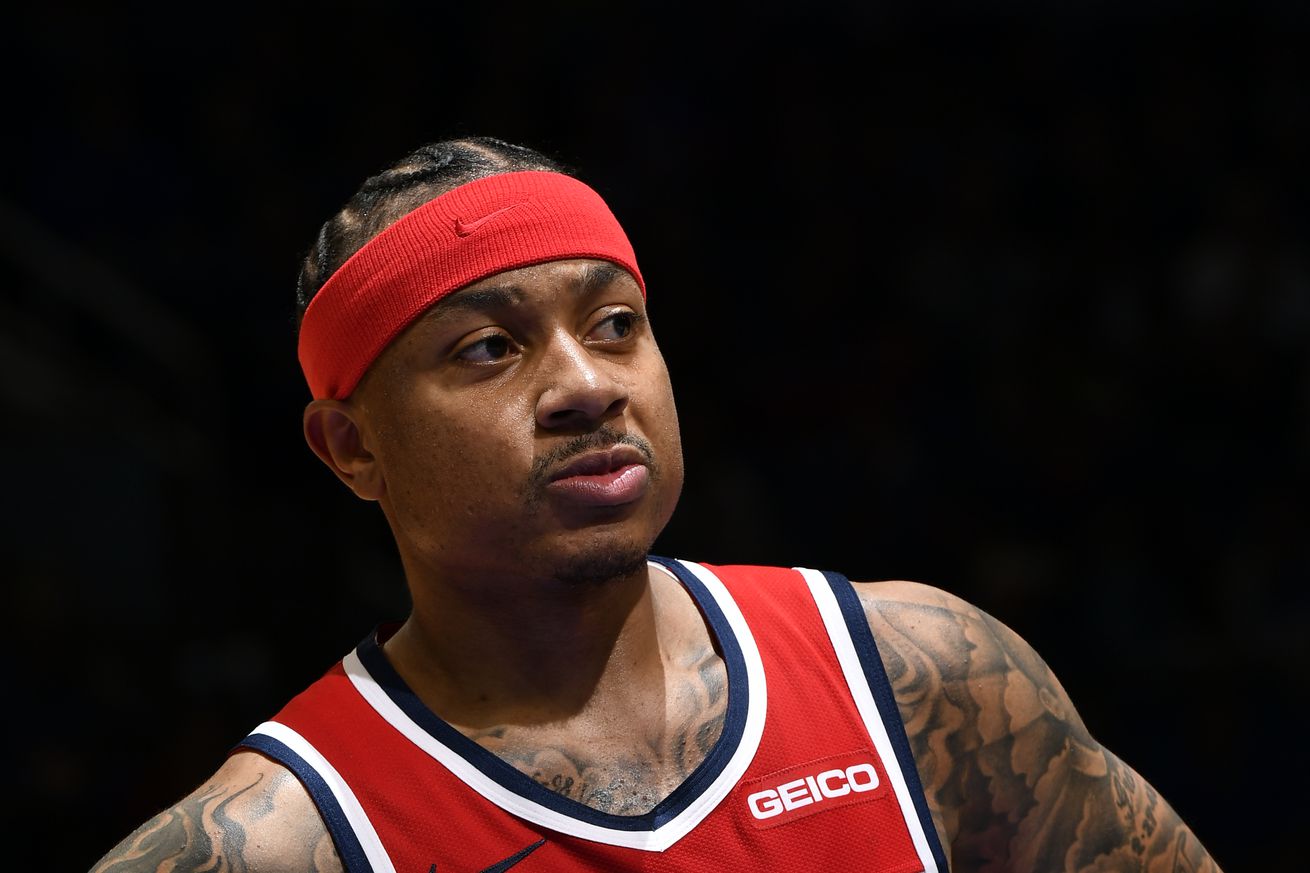 A big thanks to everyone who submitted questions for this week’s Wizards mailbag. And, apologies for getting the responses up so late. Connectivity problems. Yeesh.

Anyway, to the questions and answers:

How is Scott Brooks being evaluated this year? Is there a wins threshold he needs to hit, is it solely based on the progress of our young guys? Is his job safe enough to not be tempted into playing Brad 40-plus minutes a night? (submitted by Barret Bresnahan)

Yanir Rubinstien: As I pointed out (and almost all media outlets seem to overlook) in my in-depth analysis Brooks’ job is safe for the next two years: he shares the same agent (Warren LeGarie) as his boss, Tommy Sheppard. If you look at the somewhat similar situation of Terry Stotts and Neil Olshey in Portland, you’ll see exactly what I mean.

Why does Brooks want to start Bradley Beal, Troy Brown and Isaiah Thomas? Is he trying to win games or is this a tank job? (submitted by AlwaysPositiveWizardsFan)

Alan Jenkins: Maybe a little bit of both? In all seriousness, this isn’t surprising. Beal is now the franchise player and the coaching staff wants to give Troy Brown Jr. as many reps as possible to determine if he can be a viable piece for this franchise for years to come. As far as starting Thomas, that’s the biggest question. He’s trying to resurrect his career here, and while that’s a nice story his defensive woes are making him nearly unplayable — at least when matched up against other starters. I’d like to see Ish Smith starting over Thomas or even…Brown at point guard, but it doesn’t feel like a change is coming soon.

Why is IT starting? Do you think he’s being showcased as trade bait or is he a long term Wizard? If trade bait what could we get for him if he’s playing well? (submitted by Sam H and athlete’sfeat)

Ben Mehic: I think you answered your own question. John Wall will, at some point, return. Even if Thomas has regained some standing in the league (and I would argue that he has), it’s difficult to see a future for him in Washington. Basically, the Wizards should hope that a team — like, say, Philadelphia, which could use a scoring spark off the bench — decides Thomas could be a contributor for them, and are willing to part with a second round pick or maybe a prospect for him.

While Thomas has proven to be an effective offensive player, he’s historically awful on the defensive end. A team that trades for Thomas has to have confidence in its team defense and its ability to cover for him when he’s out there.

So you’re right — the Wizards are probably hoping to flip Thomas to a contender (which he might welcome at this point in his career), or allow him to regain his footing in the NBA while helping the Wizards lose games. There’s no downside to having Thomas on the roster — by all accounts, he’s a great teammate and has helped the younger players adjust to the pros. Having him around is a net positive for the league, and we, as basketball fans, should be thankful that he’s back and healthy.

Should the Wizards look to trade Beal if that’s what’s necessary to draft Anthony Edwards? (submitted by drknowitall)

Matt Silich: For the record, the Wizards can’t trade Bradley Beal for the remainder of the season because they signed him to that two-year, $72M extension. So, there’s no way to gain a tanking advantage by dealing him earlier, regardless of who they want to draft. And, they may not need the help given how the season has gone so far.

Now, if the question is whether Edwards is a player worth trading Beal for during the draft, my initial thought would be no. Beal is a proven All-Star on roughly the same age timeline as Wall, who is essentially a lock to be on the Wizards roster for the next several years due to his hefty contract. For that reason, almost no single prospect is as valuable to the Wizards as Beal right now — it’s the whole “the mystery box could even be a boat” thing when you already have a pretty awesome boat. Now, if the deal were to be Edwards in addition to some other valuable young players, the Wizards would need to at least think about it. But based on what Beal has said recently, it sounds like he wants to be here to lead the next generation of the Wizards. I wouldn’t mind if he sticks around, even if it costs them a shot at an intriguing prospect.

Given the low expecations entering the season, what’s been most disappointing so far? (submitted by DatTerp)

Marcus Atkinson Sr.: To me it starts with the decision to sign Thomas and then to play him as much as they have. Look, I get that this team needs players to fill in until Wall is healthy, but I don’t think this is the time look at a 30 year old, undersized point guard who’s a major defensive liability.

When they signed him, I didn’t expect him to play much. My hope was he would be a player to come off the bench and fill in when needed, but now he’s starting. There’s no upside to this.

Best case, he’s dealt before the trade deadline to get a pick or a young player in return, but that’s hoping a team is willing to take him and his defensive helplessness. I don’t think that’s likely.

Every minute Thomas plays is taking an opportunity to find a viable backup point guard for Wall beyond this year. Wall is recovering one of the worst injuries for an athlete, and he’s missing significant time for a third straight year. In the past, it’s been difficult for players to return to elite form after that much time out due to injury.

Next year, if he is restricted in the amount he plays, the Wizards would be looking to Smith as a starter and then will have a mystery behind him. It would make sense to experiment with some of the younger point guards on this roster — or in the G League — to see if they can be future rotation players. Giving minutes to Thomas is a waste and is counterproductive.

Should the Wizards try a starting lineup of Brown-Beal-Hachimura-Wagner-Bryant?

Osman Baig: I like where you’re going with this, but I’m not all the way there…yet. Eventually Brown should be the starting point guard, at least in Wall’s absence. He was one of the top point guards in his high school class, has shown ball handling skills, and playmaking potential. He’s still inexperienced after basically red-shirting his rookie season and I’d let him get comfortable and build up pro experience before making that change.

The Wizards are small at point guard (and other positions as well) so the lineup you’re proposing solves that issue. Brown has shown a defensive acumen and what he might lack in lateral foot speed would be made up by length, similar to former Wizards guard Tomas Satoransky.

I’m not as sure about pairing Wagner with Bryant at the 4/5. It would help the team on the glass by adding size but the second unit takes a hit by subtracting Wagner. Also one of the two may find themselves routinely defending in space, and neither has shown any proficiency in that area. Last, they play a similar style of rim running, screen-and-roll basketball. That might become redundant with both starting. Between Bryant and Wagner, the Wizards should ride the hot hand nightly and be open to either finishing the game versus making a change at the five or pairing them together to start.