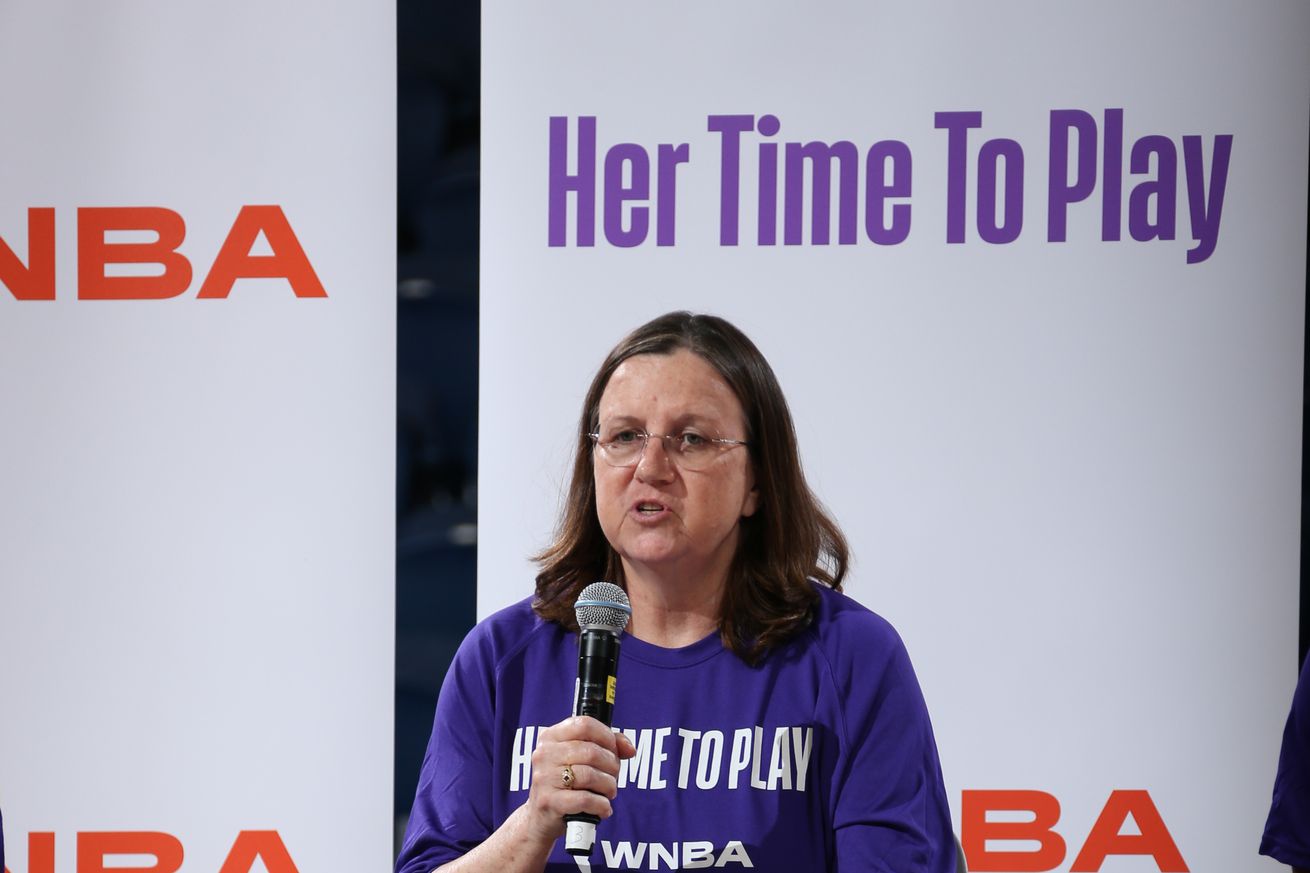 The Washington Mystics are the 2019 WNBA Champions. You knew that already. Though it’s great to just bask in the glory of winning it all, we all knew that Washington was going to experience some turnover heading into the 2020 season.

On Tuesday, the Indiana Fever announced that Mystics assistant coach Marianne Stanley would be their new head coach, where she replaces Pokey Chatman.

Stanley is a legend in women’s basketball. She was a player on Immaculata University’s teams in the 1970s, where the Mighty Macs won the AIAW championships in 1973 and 1974.

As a college head coach, she led the Old Dominion Lady Monarchs to two AIAW titles in 1979 and 1980 and the NCAA title in 1985. She also went on to coach other major college programs, like Cal and Stanford. Stanley was the Geno Auriemma or even the late Pat Summitt before they hit their coaching primes.

And if all that weren’t enough, Stanley has a long history in the WNBA as well. Stanley was an assistant for the New York Liberty and Los Angeles Sparks where she focused her efforts on low post players. She was also the Mystics’ head coach in 2002 and 2003, leading Washington to their first WNBA Eastern Conference championship and semifinals appearance in franchise history.

Stanley has been with Washington in her then-current capacity as an assistant coach since 2010 where she served under several head coaches, including Mike Thibault from 2013 to 2019.

As I mentioned earlier this month, the Mystics faced multiple “threats” to their franchise, including other teams poaching their coaches for higher positions. I specifically named associate head coach Eric Thibault as one coach who could be a head coach in the future. But I also wasn’t particularly surprised about Stanley leaving either given her resume.

I was rather black and white with that post, but it’s important to note that though a coach departure is a threat for the Mystics, it is often an opportunity for the coach in question. Before you wonder whether there are hard feelings about Stanley’s departure, Washington quickly put these to rest yesterday on Twitter.

A thank you & congratulations to Marianne Stanley on her new role as Head Coach of the Indiana Fever! pic.twitter.com/weL92W277R

“We are all so happy for Marianne as she heads up a new era in Indiana.” – @coachthibault pic.twitter.com/wrbEs55hRL

“I wish her all the best as she embarks on this new journey in her career.” @TedLeonsis on Marianne Stanley being named the Indiana Fever’s new head coach pic.twitter.com/R3VEbARtAW

” I would also like to thank Marianne for her dedication to the Mystics the last 10 years and wish her the best as she starts this new chapter in her storied career.” – Sheila Johnson pic.twitter.com/EXarAoITWR

What can you say about Coach Stans? She’s done it all, seen it all…she’s competitive as hell and a WNBA champion. Wishing her nothing but the best in Indy, we’ll miss her! https://t.co/CLOgpAmwCT

I am sad to see Stanley go. However, the Mystics’ coaching staff remained intact for a very long period of time and I expected something to change after last season’s big run. And to be honest, I’m happy to see Stanley get a promotion with another team.

Congratulations to Coach Stanley on her new role with the Fever!