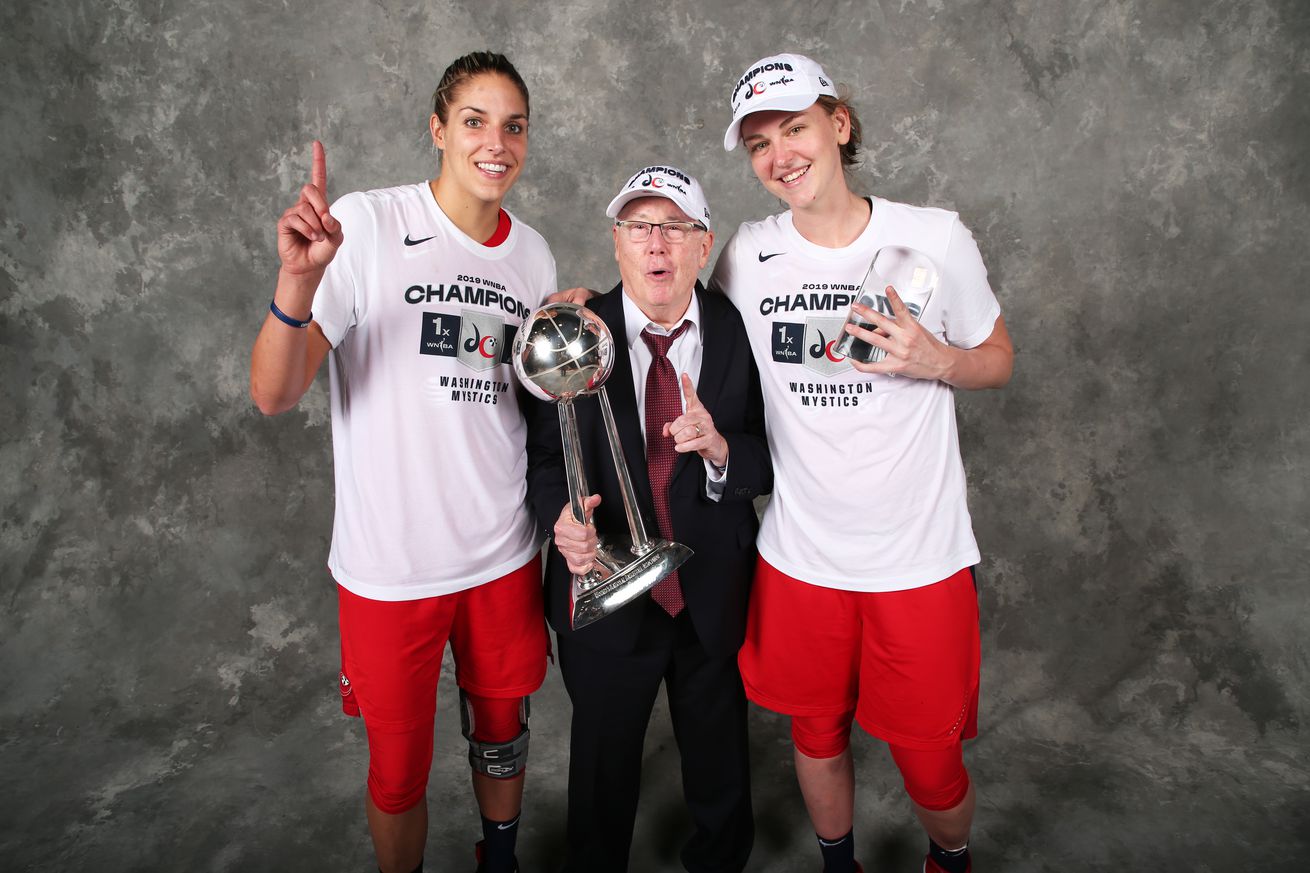 Okay, they are all coming back. | Photo by Ned Dishman/NBAE via Getty Images

This is big news. And good news since the MVPs are back!

According to Gabe Ibrahim of WInsidr, the Washington Mystics have agreed to terms to re-sign Emma Meesseman, the reigning 2019 WNBA Finals MVP and Elena Delle Donne, the 2019 WNBA Most Valuable Player.

The re-signing of Delle Donne should come as no surprise. Meesseman’s isn’t either, but in a podcast with Mike Thibault, he made it clear that Meesseman is returning and doesn’t plan on skipping the 2020 WNBA season, even if Belgium makes the Olympic Games.

Kristi Toliver hasn’t agreed to re-sign with the Mystics just yet. But we can expect that to happen soon.

Thibault also noted that his son Eric will transition to being the head coach of the team while he remains General Manager at some point. That is worth its own post.

So for now, let’s rejoice!