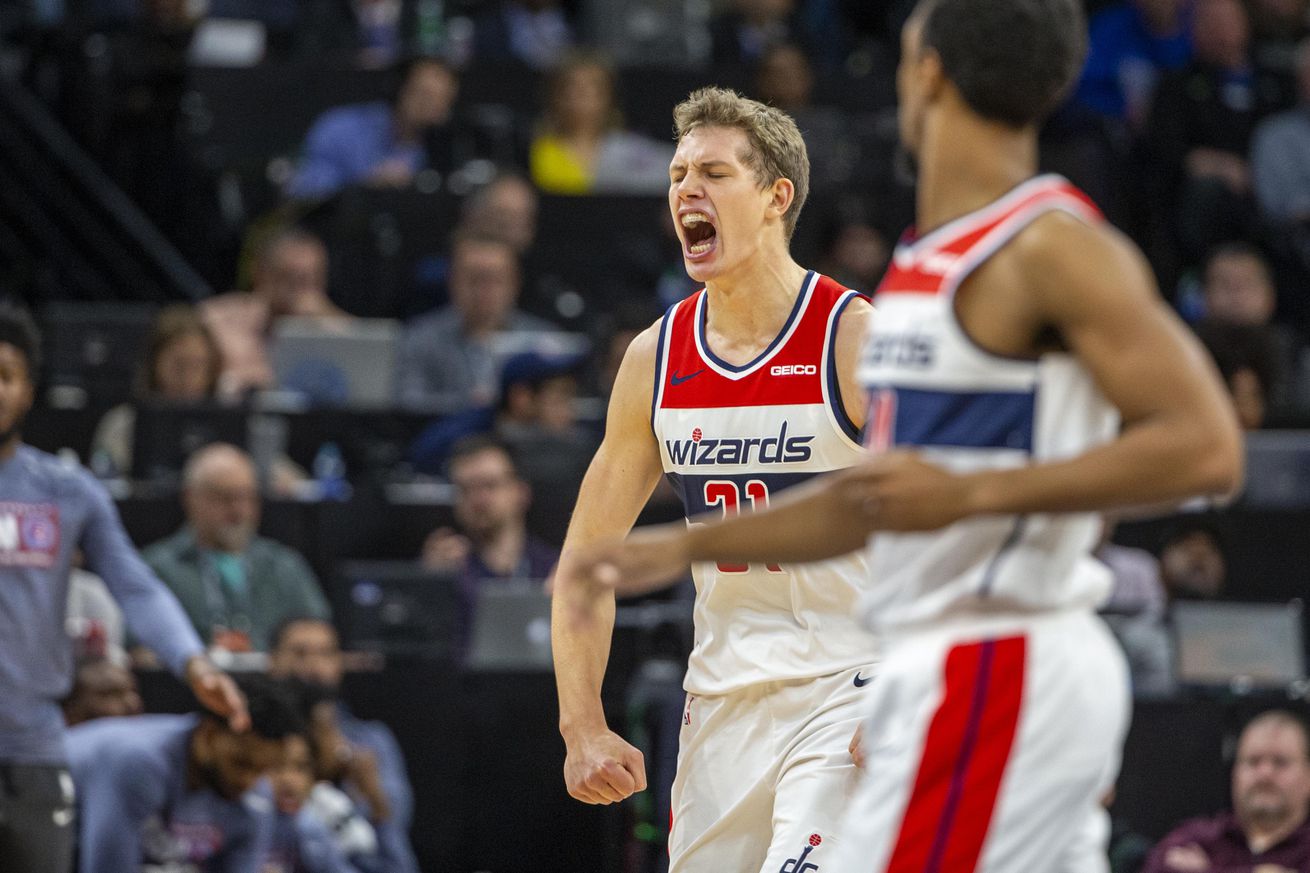 Moritz Wagner is the loudest player on the bench. As a late first-round pick, he knows that he has to stand out somehow — so he makes himself known with his energy.

It’s why everyone loved “Moe” in Los Angeles, despite him playing just 446 minutes in his rookie season — a total that he’s almost halfway met in 11 games with the Washington Wizards.

The Lakers took Wagner 25th overall last year, but when superstar forward Anthony Davis became available, they dumped him, along with Isaac Bonga and Jemerrio Jones, to D.C. to make way for their latest acquisition.

As the old adage goes — one man’s trash is another’s treasure. And in this case, the man who found treasure was new Wizards general manager Tommy Sheppard, who gladly took Wagner off the Lakers’ hands.

Sheppard kept his eye on Wagner and the rest of the Lakers’ prospects, knowing that the team would need to create room for Davis. He had become enamored with Wagner’s skill-set during the pre-draft process, where the 6-11 center displayed mobility and the ability to shoot from beyond the three-point arc.

And, of course, the energy.

Once the Wizards landed Wagner, they traded Dwight Howard to the Memphis Grizzlies, with Sheppard citing the need to find playing time for Wagner as a reason they jettisoned “Superman,” who has rejuvenated his career in L.A.

Eleven games into the season, Wagner has proven to be more than just a loud voice on the bench — something that perhaps the die-hard Wizards fan didn’t expect before the season began, especially since Wagner struggled to find a rhythm in Las Vegas during Summer League.

Washington finds itself atop the NBA offensive rankings — literally. Somehow, the Wizards and its group of fresh faces have managed to put together the most effective offense in the league. Wagner has played a major role in that, too.

Wagner is currently fifth in the NBA in field goal percentage, making over 63% of his shots. He leads the likes of Giannis Antetokounmpo, Andre Drummond and Ben Simmons. This impressive stat isn’t a result of Wagner catching lobs or relying on put-backs, either.

He’s converting roughly 60% of his shots as a pick-and-roll roll man — percentages roughly equivalent to that of All-Star big men Anthony Davis and Rudy Gobert. Wagner has developed chemistry with everyone on the roster — his contagious “hype-man” vibe is impossible not to love, and he’s become particularly in-tune with his forward counterpart, Davis Bertans, which has added another interesting wrinkle to Washington’s offense.

Wagner also hasn’t been afraid to let it fly from deep. He’s shooting 2.5 threes per game and making a scorching 48% of his attempts — putting him among the top 10 three-point shooters in the NBA. That means he ranks ahead of known snipers J.J. Redick, Joe Harris and Bojan Bogdanovic.

The 22-year-old is getting it done defensively, too.

Making up for his lack of extraordinary leaping ability, Wagner has an innate ability for being at the right place at the right time — and it’s converted into charges. Wagner is leading the league in total charges with 11.

Like any young player, Wagner has his flaws — he’s tied with Dwight Howard for the highest foul rate (9.6 fouls) per 100 team possessions. He’s also among the league leaders in turnover rate. To maximize his positives, he has to cut down on both. Luckily for the Wizards, young players can usually do this as they gain experience.

All things considered, though — the fact that Washington got him for essentially nothing, his age, and lack of playing experience before coming to D.C., most signs point to Wagner being a long-term piece. His flaws are ones that most young players share and there’s nothing about them that is unfixable.

Of course, it’s still too early to declare Wagner an immovable building block and it’s rational to expect his insane shooting numbers to take a dip. But remember — this is the sort of player Sheppard was hoping to find when digging through from the scrap heap.

In a season with low expectations, the Wizards have found a player that could legitimately contribute — a big man who can space the floor, finish in the pick-and-roll and has shown a willingness to defend. He’s got Marcin Gortat’s pick-and-roll acumen with the shooting ability of a big man Ernie Grunfeld just couldn’t seem to find, despite 16-years of attempts.

Wagner’s surprisingly outstanding play is similar to what Thomas Bryant did for Washington last season. Both were essentially let go by the Lakers, only to find consistent roles with the Wizards. If Wagner continues to play at this level, he could see another similarity between himself and Bryant — a long-term contract extension in D.C.