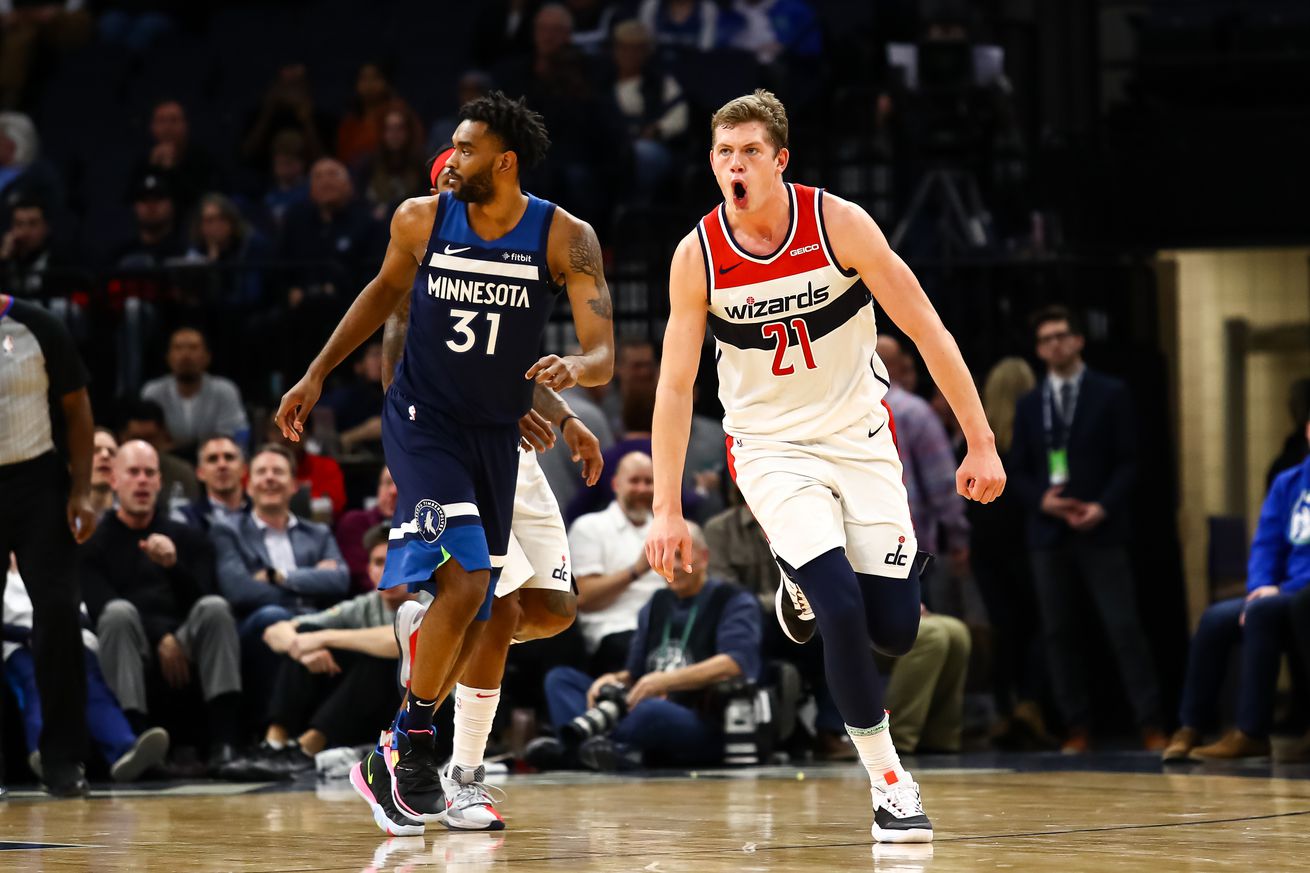 Mo Wagner made history in the WIzards win against the Timberwolves. | Photo by David Berding/Getty Images

In the Wizards 137-116 win against the Timberwolves, reserve big man Moritz Wagner scored 30 points on 13-15 shooting from the floor and collected 15 rebounds in just 25 minutes of court time. If that sounds great, it’s because it is.

According to ESPN Stats & Info and the Elias Sports Bureau, since starters were recorded beginning in 1970, Wagner is the first player with 30 points and 15 rebounds while shooting 85% from the field off the bench.

According to Basketball-Reference, Wagner is just the 37th player in NBA history to post 30 and 15 on 85% in a game, period. Wagner joins good company. Wilt Chamberlain accomplished the feat 12 times during his career. Kareem Abdul-Jabbar did it three times. Others who did it twice: Walt Bellamy, Dwight Howard and Robert Parish.

Wagner is off to a good start to his second NBA season. He’s skilled and plays hard, and he has a knack for getting on the nerves of his opponents. He needs to cut down on turnovers and fouls, but he looks like he has the makings of a rotation-worthy big man.