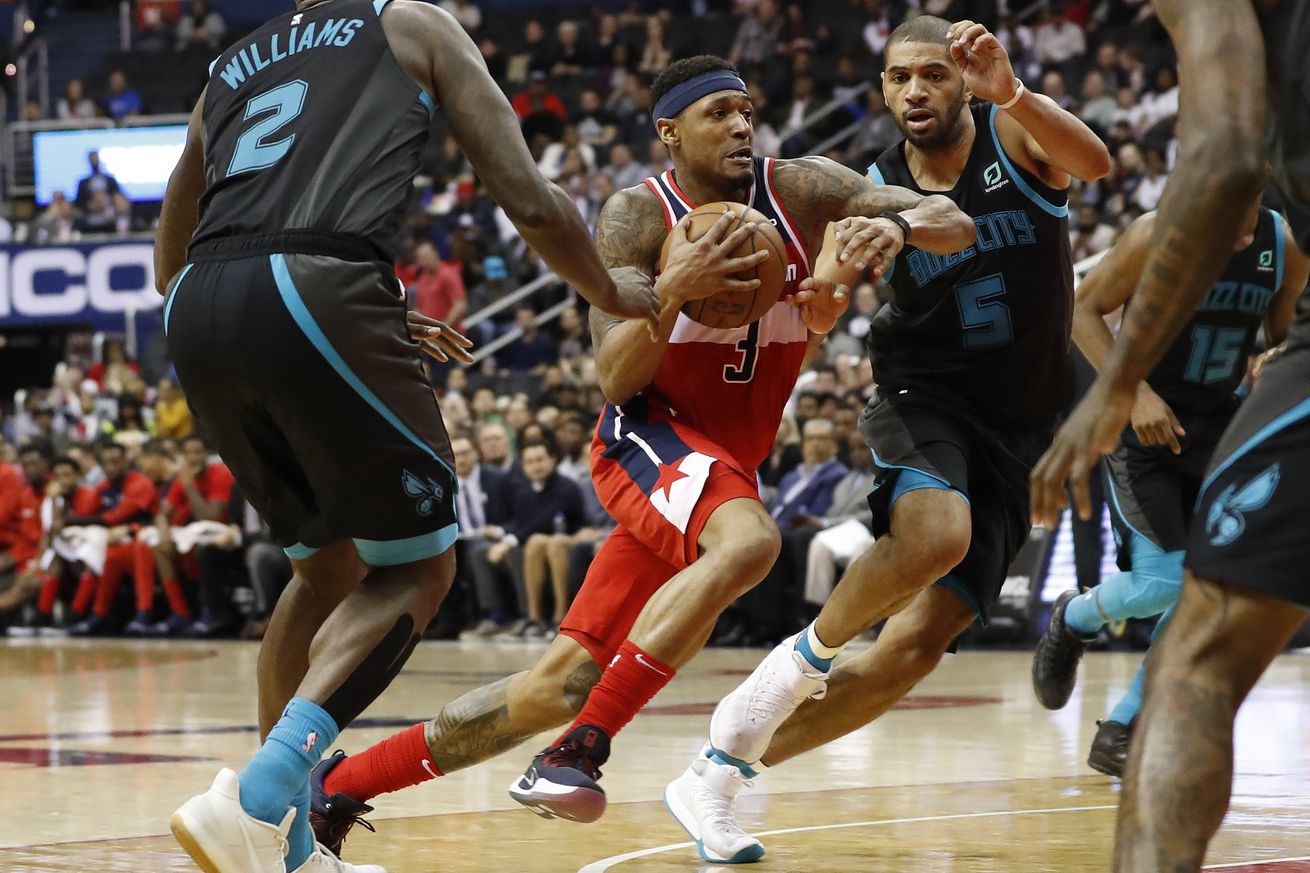 Washington will look to win back-to-back games for the first time this year when the Charlotte Hornets come to town for their first meeting of the season. It’s also the Wizards first game against a Southeast division opponent.

Where: Capital One Arena, Washington, D.C.

What to watch for

Expect A LOT of points

Scoring will be plentiful in a game that will feature two of the three worst defenses in the NBA. Washington’s offense is cruising — they’ve topped 120 points in each of the last four contests. Charlotte’s offense hasn’t been nearly as explosive but this game has all the makings of an up-and-down affair where defense will be an afterthought.

After what some considered a ‘slow start’ to the season — Beal’s been on a tear. Over the last 10 games, he’s averaged 34.3 points per contest and has eclipsed the 40-point mark three times. Beal is the third leading scorer in the league, and with Charlotte’s spotty defense, expect another high-scoring performance from the All-Star.

Random moment in Wizards-Hornets history: Michael Jordan drops 51 as a member of the Wizards.