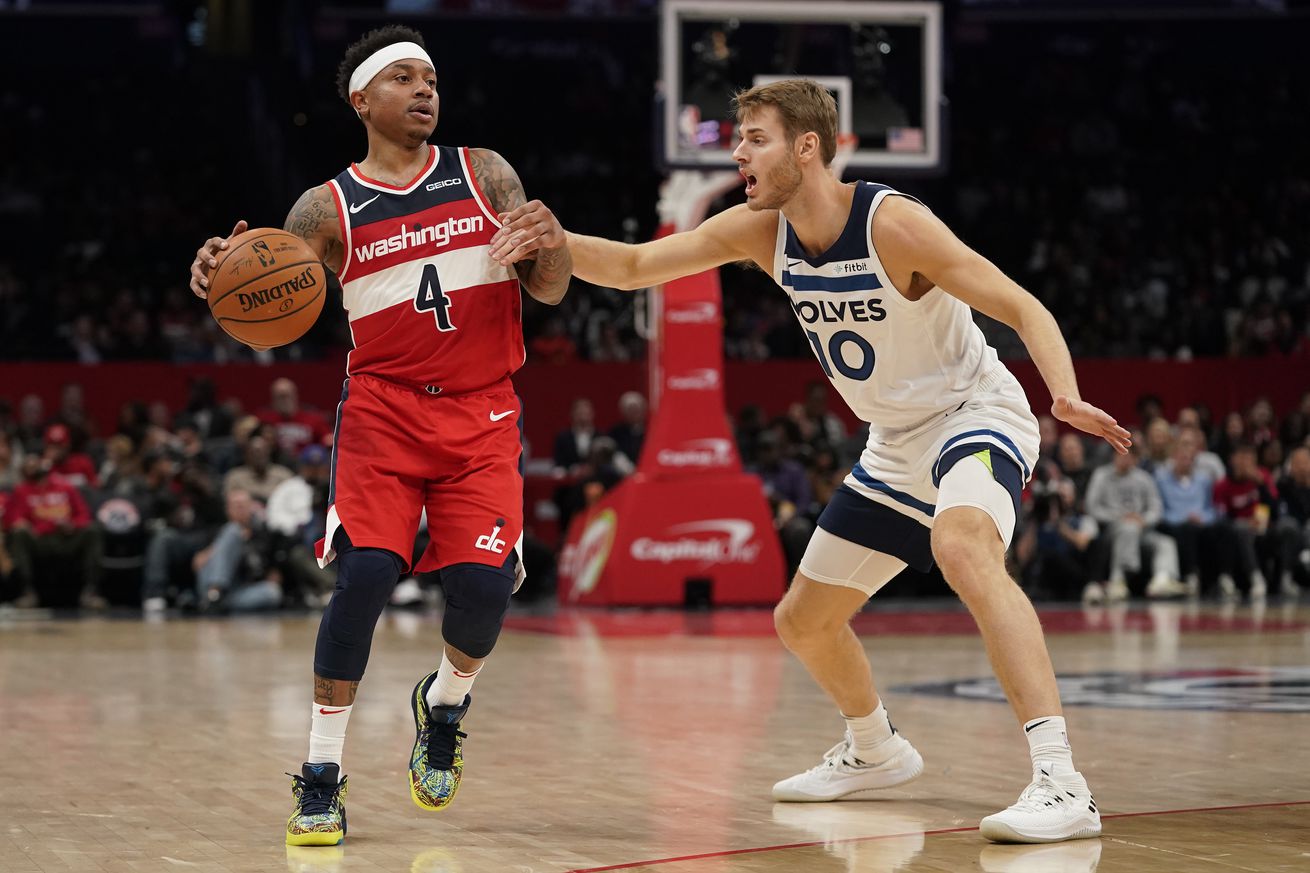 Can the Wizards get out of this losing slump?

The Wizards (2-7) will face the Timberwolves (7-4) for the second (and final) time of the season Friday evening.

How to watch: NBC Sports Washington Plus

Timberwolves will have Karl-Anthony Towns this time

When the Timberwolves last played the Wizards on November 2, Towns was serving part of his two-game suspension for his fight with Joel Embiid. Since returning from suspension, the center is averaging double figures in points and rebounds. Towns in the lineup means there’s a big job ahead for Thomas Bryant, Mo Wagner and the Wizards defense. They’ve shown they can cause problems for one of the league’s best bigs — Andre Drummond. The highly skilled Towns presents a different kind of challenge, and the Wizards will need to bring same energy they had against the Pistons.

Will Bradley have another 40-plus point night?

There have been two games early in the season were Bradley Beal has gone off on the offensive end. The shooting guard scored a team-high 44 points against the Celtics Wednesday night and in the team’s first home game of the season against the Rockets, Beal dropped 46 of his team’s 158 points. The Wizards lost both games.

The Wizards have lost their last three games

Washington hasn’t won a game since they beat the Pistons at home on November 4. Since then, they’ve lost to the Pacers, Cavaliers, and Celtics. Hopefully the Wizards arrive ready to play and not get outscored the first three quarters, like they did the last time they matched up up against Minnesota. Bryant and Rui Hachimura, who scored three and four points respectively last time they faced the Timberwolves, will need to have better offensive nights.

Throwback to last season on March 9, 2019 when Bradley Beal knocked down a three-pointer to send the game to overtime….but Washington ended up losing 135-130.