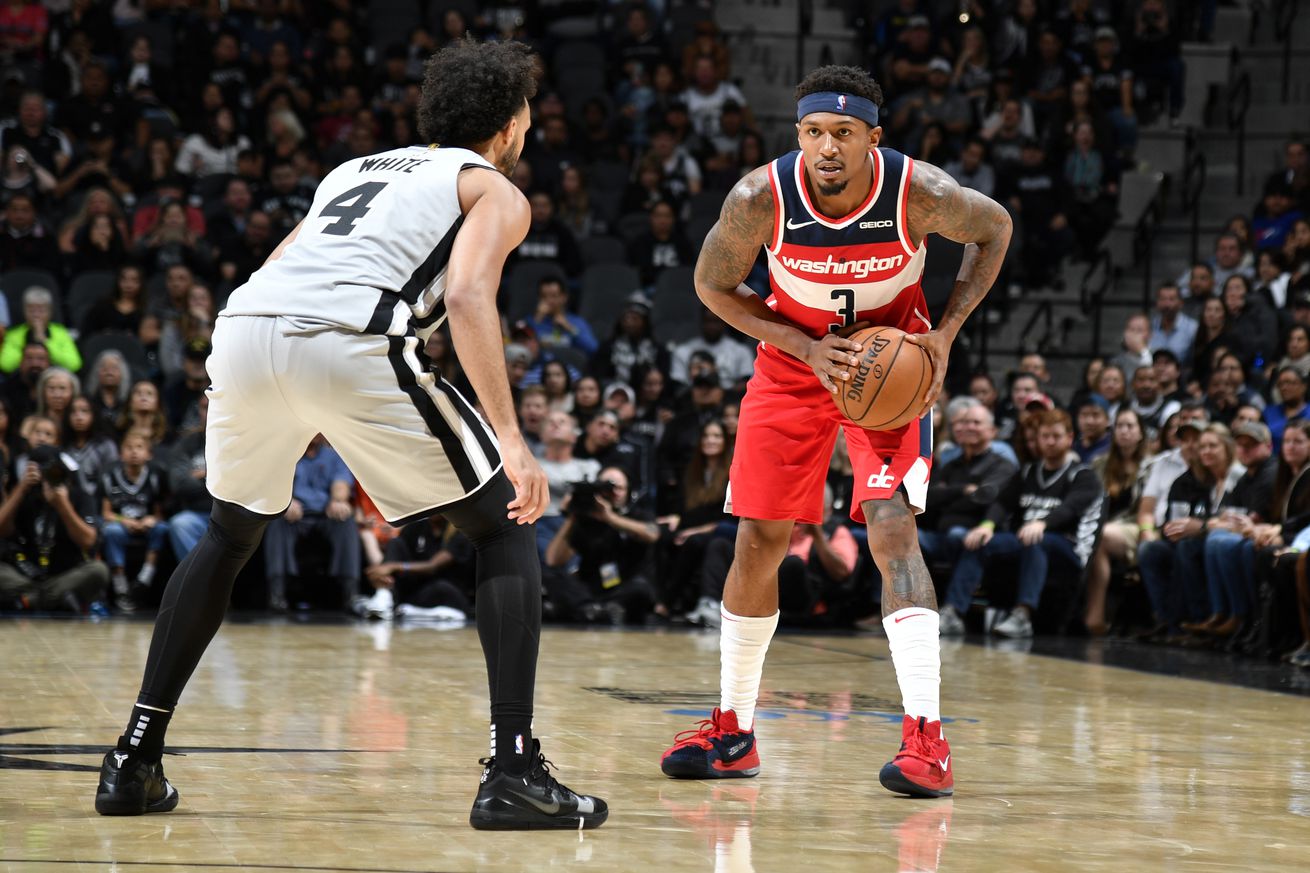 The Wizards (3-8) will face the reeling Spurs (5-9) for the second time this season.

Where: Capital One Arena

The Wizards haven’t beaten the Spurs this season

When they matched up in late October, the Wizards lost 122-124. Six Wizards players scored in double figures but it wasn’t enough to secure a win after being tied at 122 with 20 seconds left.

Still no need to panic about Rui Hachimura

Hachimura has struggled to be consistent but it’s important to remember the rookie has played only 11 games in his professional career. Earlier this season, Coach Scott Brooks talked about how important it is to make sure Hachimura doesn’t fall into having continuous bad games. The past two games, he scored six and eight points respectively but before those two games, he put up 21 against the Celtics and the Cavaliers. The rookie is averaging 13.1 points and 5.5 rebounds per game and given the pattern of his ups and downs, he’s due for a good game.

The Wizards need to contain DeMar DeRozan and LaMarcus Aldridge

DeRozan and Aldridge scored 26 and 27 points respectively in their win against the Washington last month. With five seconds left in that two-point loss, the ball was in DeRozan’s hands for the game-winning layup.

The duo lead the Spurs in scoring this season, but have mostly failed to convert that into winning basketball for San Antonio. The team has consistently been outscored by opponents when DeRozan and Aldridge are on the floor. They still demand attention, but the beleaguered Washington defense will also need to account for Rudy Gay, Bryn Forbes, and Dejounte Murray, who are all capable of exploding offensively.

Historically, the Wizards have had a difficult time against the Spurs, but that’s because the Spurs have been the league’s best team over the past two decades. This year’s San Antonio team is stumbling, and BulletsForever’s Kevin Broom’s stat-based prediction model has the Wizards favored tonight.