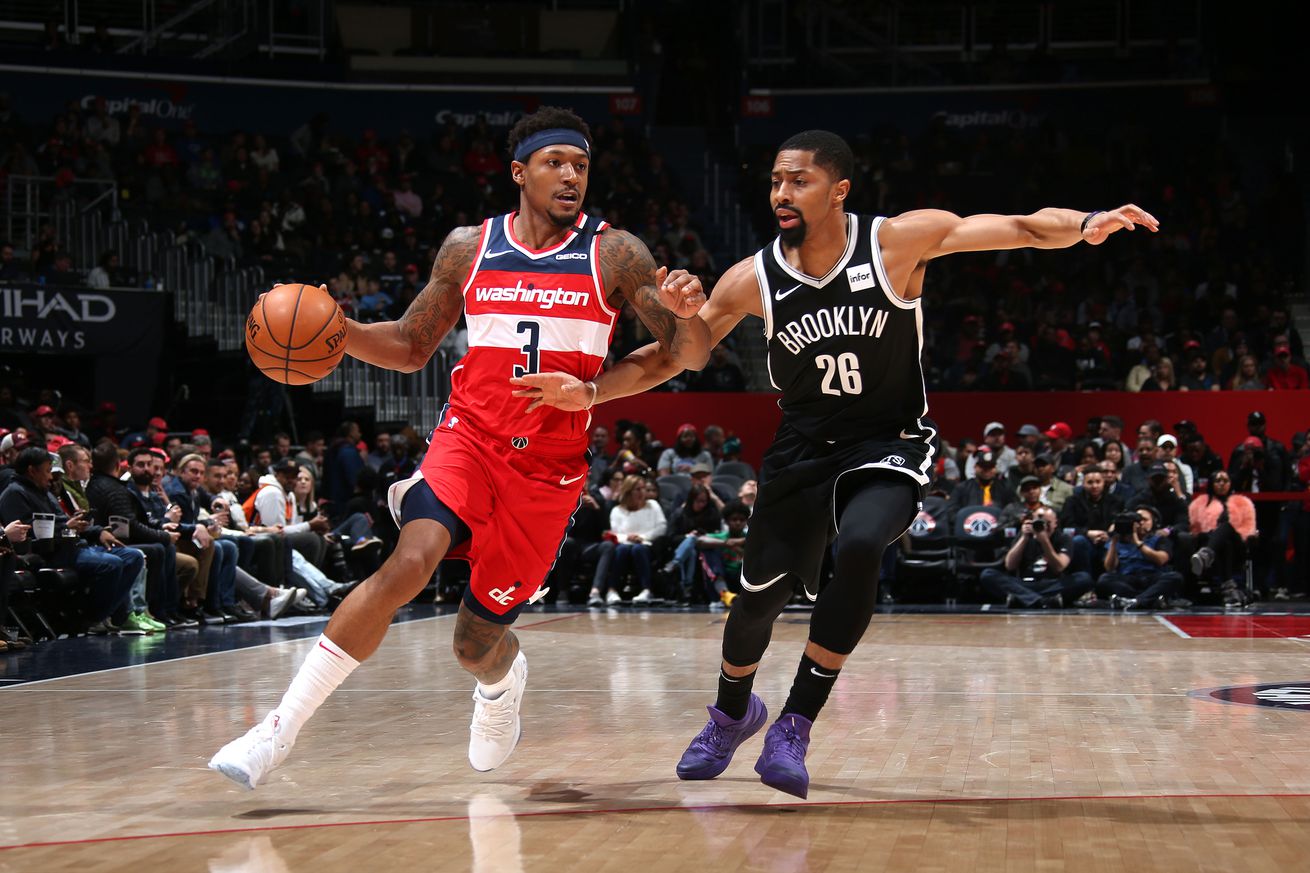 Bradley Beal drives to the basket in the Washington Wizards’ game against the Brooklyn Nets on Feb. 1, 2019 | Photo by Stephen Gosling/NBAE via Getty Images

Despite a slow start, Bradley Beal scored 34 points to lead Washington to a key win.

The Washington Wizards got a character win on Saturday, defeating the Brooklyn Nets, 113-107.

This game was a bit … peculiar at the start. Washington found themselves behind, 36-27 despite Kyrie Irving being benched after getting two early fouls in the first quarter.

The Wizards were able to come back from multiple double-digit deficits and even led briefly in the third quarter. But it was a key 32-23 run in the fourth quarter that got Washington past the finish line. Beal scored 15 of his 34 points in the last period, while Troy Brown and Thomas Bryant also came up big.

For Brooklyn, Spencer Dinwiddie led with 26 points and Joe Harris added 22 more. Irving ultimately finished with 11 points but left the game early due to a right knee sprain.

The Wizards’ next game is on Monday when they host the Golden State Warriors. Tipoff is at 7 p.m. ET.