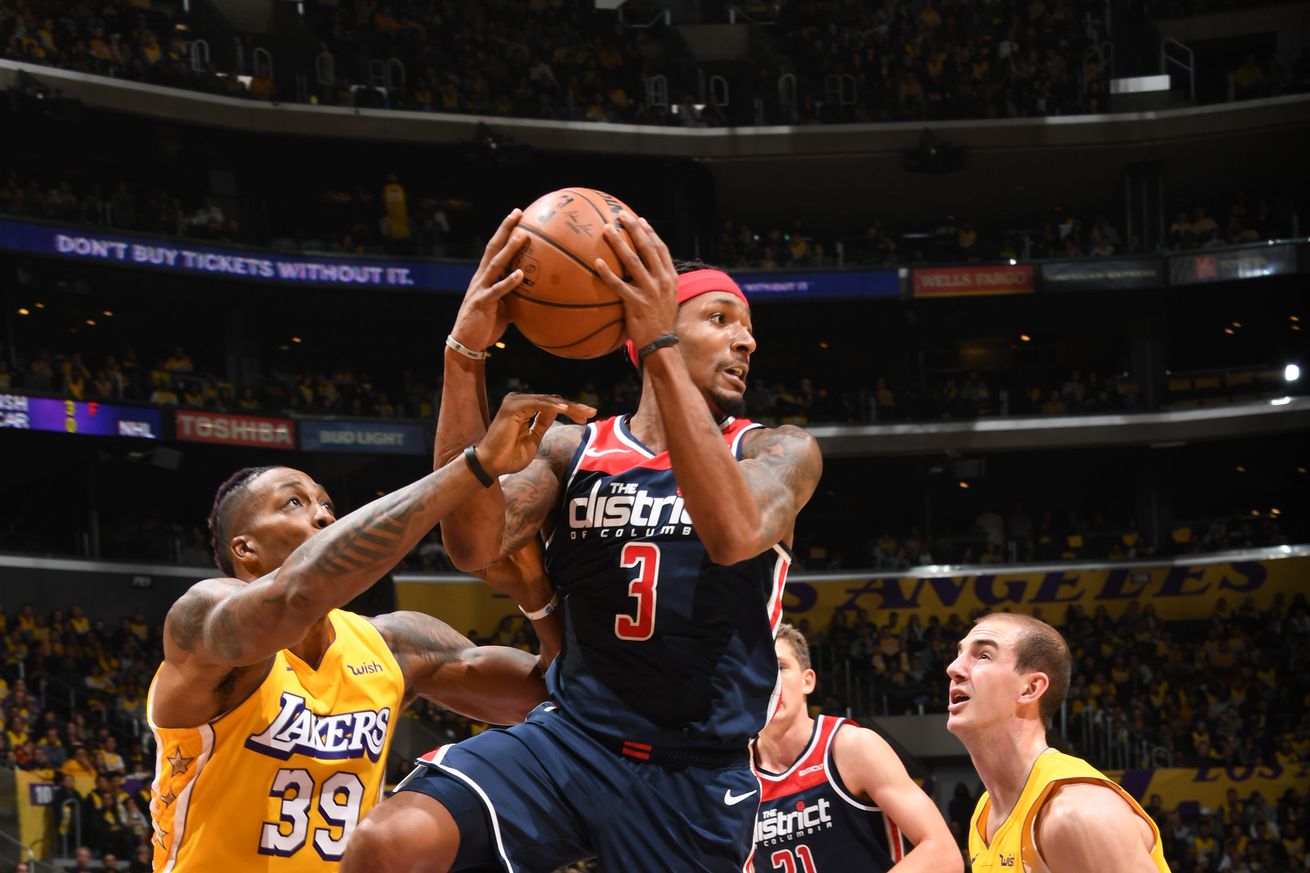 Bradley Beal and the Washington Wizards did not have a good showing against the Los Angeles Lakers on Friday night. | Photo by Andrew D. Bernstein/NBAE via Getty Images

Bradley Beal scored 18 points for Washington in the loss.

The Washington Wizards are rebuilding. Therefore, we have to give this team some slack if they get blown out every once in awhile. And tonight happened to be one of those nights where we have to do just that. They lost to the Los Angeles Lakers, EFDEFDFDFDFD on the road.

This game was basically a wire-to-wire butt-whooping at Washington’s expense, minus an early run in the very beginning of this game when they led by 11. LeBron James scored 23 points and dished 11 assists in just 24 minutes. He also made a dunk on Davis Bertans along the way….

Anthony Davis led their scorers with 26 points and 13 rebounds including this dunk on Moritz Wagner.

AD catches them in the

Wizards alum JaVale McGee took full advantage of taking out his anger on the team that made him notorious for “Shaqtin a Fool” with 15 points, mostly off of dunks. And he even made 5-of-6 free throws!

Even Wizards alum (yes, he is!) Dwight Howard scored 8 points and dunked on poor Moe.

Dwight with the bully ball pic.twitter.com/0JPIVhyshS

Yeah, this game was nearly all Lakers, all the time.

That said, Bradley Beal led Washington with 18 points and 9 assists. Rui Hachimura also scored 16 points and grabbed 8 rebounds. But the Wizards shot just 39.6 percent from the field while the Lakers made 51.7 percent of their shots. Ultimately, that alone played a major reason why this game was as lopsided as it was from a statistical perspective.

Though Washington was embarrassed tonight and two former Wizards took out their frustrations on a former team, keep in mind that the Lakers are 17-2 and competing for a championship. The Wizards are going to have some real bad losses like this. But let’s not let this one game define the season as a whole.

The Wizards will be back at Staples Center on Sunday to face off against the Clippers. Gametime is at 10:30 p.m. ET. So if you’re traveling back to the DMV Sunday night, this is the perfect time to hang out with US!