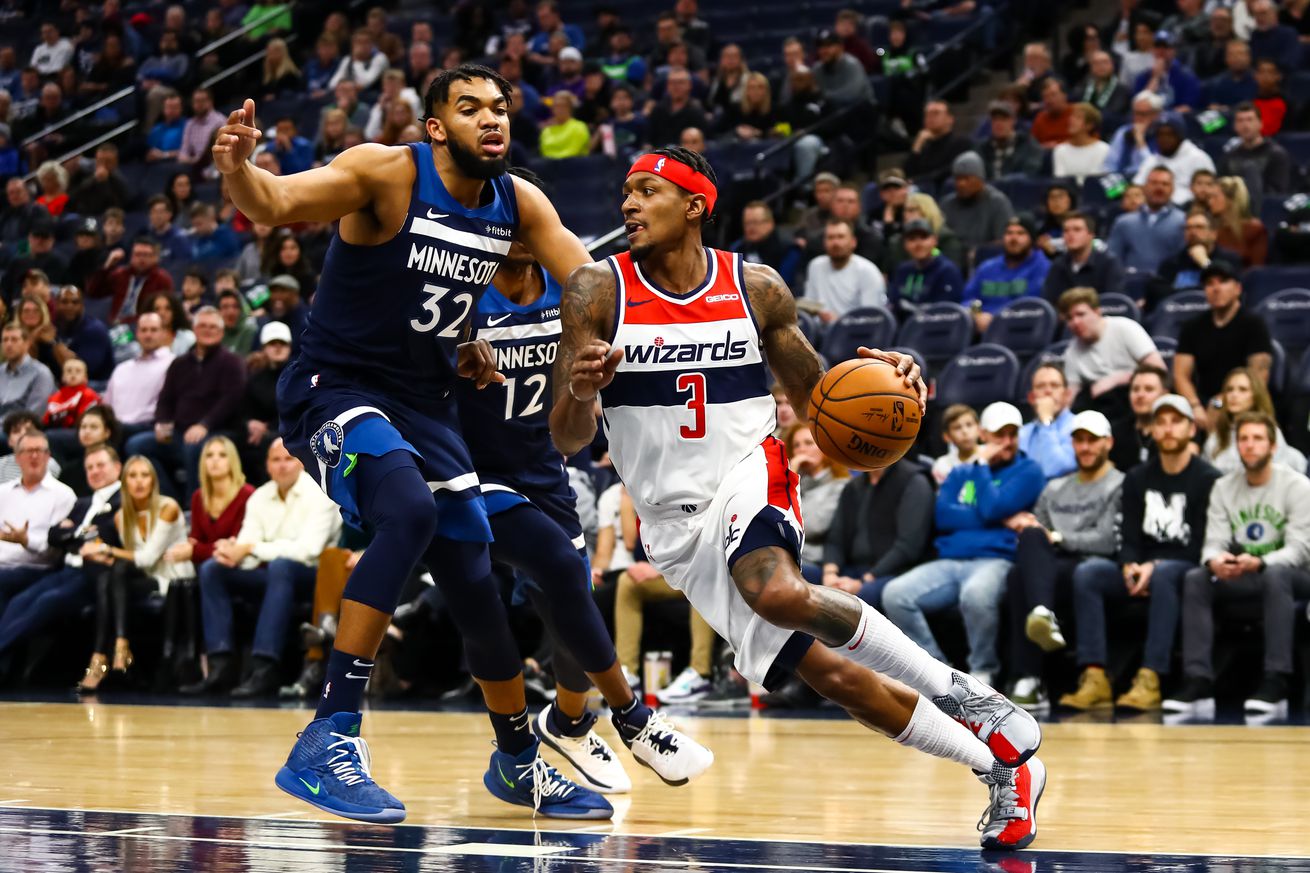 Bradley Beal led the WIzards to a 137-116 win over the Minnesota Timberwolves. | Photo by David Berding/Getty Images

It was another entertaining Wizards game — fast-paced, loads of offense, and nearly devoid of defense on both ends of the floor. The Wizards rode a solid defensive performance in the second half to a 137-116 win over the visiting Minnesota Timberwolves. With the win, the Wizards avenged their loss to Minnesota earlier in the season, and earned a split in the season series.

The first half was the proverbial track meet. Both teams were at optimal offensive flow — Minnesota attempted just nine shots from outside the paint in the first half, and all nine were from three-point range. All but three of their in-the-paint attempts were from inside the restricted area. And yet, the Timberwolves trailed 76-73 at the halfway point.

Entering the game, the Timberwolves were around league average defensively, and the Wizards were second worst, so it seeme d seemed probable Minnesota would tighten up defensively and pull away in the second half. But, it was the Wizards who took charge, holding Minnesota to just 19 points in the third, and 43 points in the half.

Meanwhile, Bradley Beal led the offense with dynamic drives into the paint to draw fouls, set up teammates, and get to the rim. Beal would finish the game with 44 points and 10 assists — his second consecutive 44-point outburst, and his third 40-plus point game. After a rough start to the season, Beal appears to be back to the form that nearly earned him All-NBA honors last season.

Beal was helped with solid games from Troy Brown and Thomas Bryant, as well as a terrific outing from backup big man Mo Wagner, who posted 30 points on 13-15 shooting, and grabbed 15 rebounds in just 25 minutes. Wagner also drew his 11th charge of the season — last season, according to Chase Hughes, Beal and Jeff Green led the Wizards for the entire season with 12 each.

For the Timberwolves, it was Karl-Anthony Towns, Robert Covington, and not much else.

Next up for the Wizards is a trip south for a Sunday evening game against the Orlando Magic.

Below are Player Production Average (PPA) scores from tonight’s game. PPA is an overall production metric I developed that credits players for things they do to help their team win and debits them for things that don’t — each in proportion to how much each action impacts the outcome.

In PPA, 100 is average and higher is better. Read more about it here.