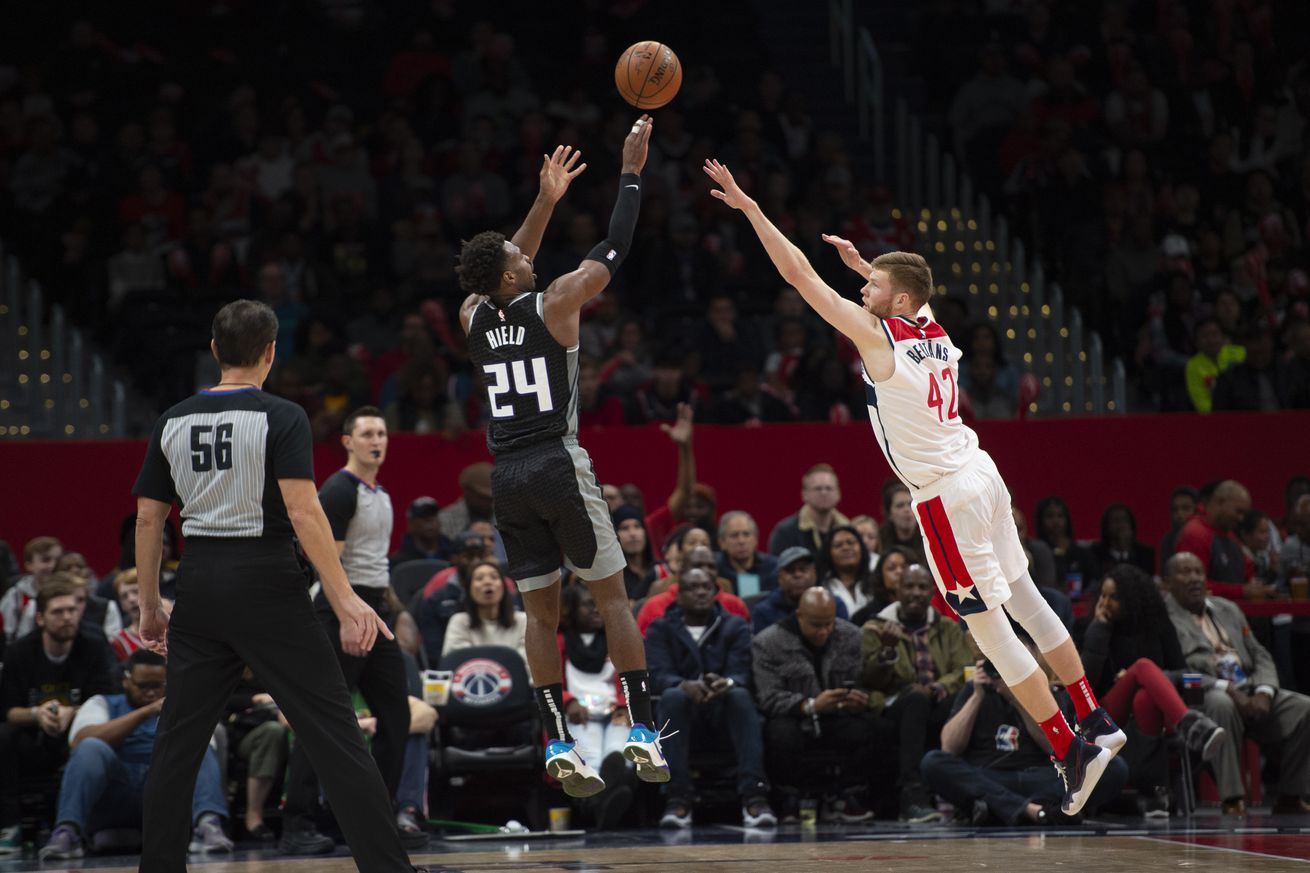 Bradley Beal led the way for Washington with 20 points (12 in the fourth quarter) and Isaiah Thomas added 17 but it would be too little to late as the Wizards fall to the Sacramento Kings, 113-106. The Washington reserves combined for an impressive 48 points tonight led Mo Wagner and Jordan McRae with 12 points each but would fall short due to their inability to gets buckets down the stretch and defensive stops when it counted.

For the most part, this was a close matchup evidenced as there were 12 ties and 10 lead changes. Sacramento led 90-85 entering the fourth quarter but the Wizards were able to keep themselves within striking distance. A Bradley Beal three-pointer from the top of the arc cut the Kings lead to 3, 100-97, and it looked like Washington might make a run.

Harrison Barnes and Bogdan Bogdanovic had other ideas. Clutch basket after clutch basket from this duo kept the Wizards at bay preventing any sort of comeback and ultimately, snapped Washington’s win streak at two games.

Bradley Beal was very passive until the fourth quarter

Through the first three quarters of the game, Bradley Beal was uncharacteristically passive. He was looking to get others involved early on evidenced by his eight assists but had just 12 points through three quarters.

With the Wizards trailing 90-85 entering the fourth quarter, Beal decided that it was time to crank things up a notch. Rather than settling for jumpers, Beal attacked the hole for this thunderous dunk.

Later in the period, Beal hit a clutch three-pointer to bring the Wizards within three, 100-97 but that would be the closest they’d get.

Nights like this remind us that Bradley Beal is going to have to play at an All-Star level for the Wizards to get a win on any given night. His energy was down through the first three quarters and by the time he flipped the switch on, it was too late.

The #Benchmob provides a spark in the first half

Washington’s offense struggled out of the gate tonight. Shots that normally fall weren’t going in. Turnovers, forcing the issues – you name it. That is, until the reserves checked into the game.

Davis Bertans drilled a three-pointer just moments after he checked into the game. Next time down, Bertans found a cutting Wagner who kicked it out to Ish Smith for three giving Washington a 22-21 lead late in the first quarter.

After falling behind by seven points in the second period, a 14-5 run by the reserves kept Washington in this game. Smith was outstanding in the first half as he looked for opportunities to push the ball and find open shooters or sliced his way to the hole including this nifty finish.

The #benchmob combined for 29 points in the first half and was the main reason Washington stuck around in this one.

Jordan McRae is playing the best basketball of his career. Meanwhile, Troy Brown Jr. is struggling

McRae’s play has been much better over the past few games and as a result, he’s getting more playing time. McRae was on the floor for the second quarter spark and was also on the floor for key parts of the fourth quarter. He’s still very much a work in progress but his ability to create his own shot should get him more and more minutes.

Meanwhile, Troy Brown’s struggles continue. The second-year player had a forgettable night and was held scoreless in the process. There were several moments tonight where you flat out forgot that he was on the floor. He still doesn’t look comfortable on the wing and if his shot isn’t falling, like it wasn’t tonight, it’s going to be really hard for Scott Brooks to keep him on the floor going forward.

Up Next: Washington heads to the mile high city to take on the Denver Nuggets in the first game of a Western Conference road trip.