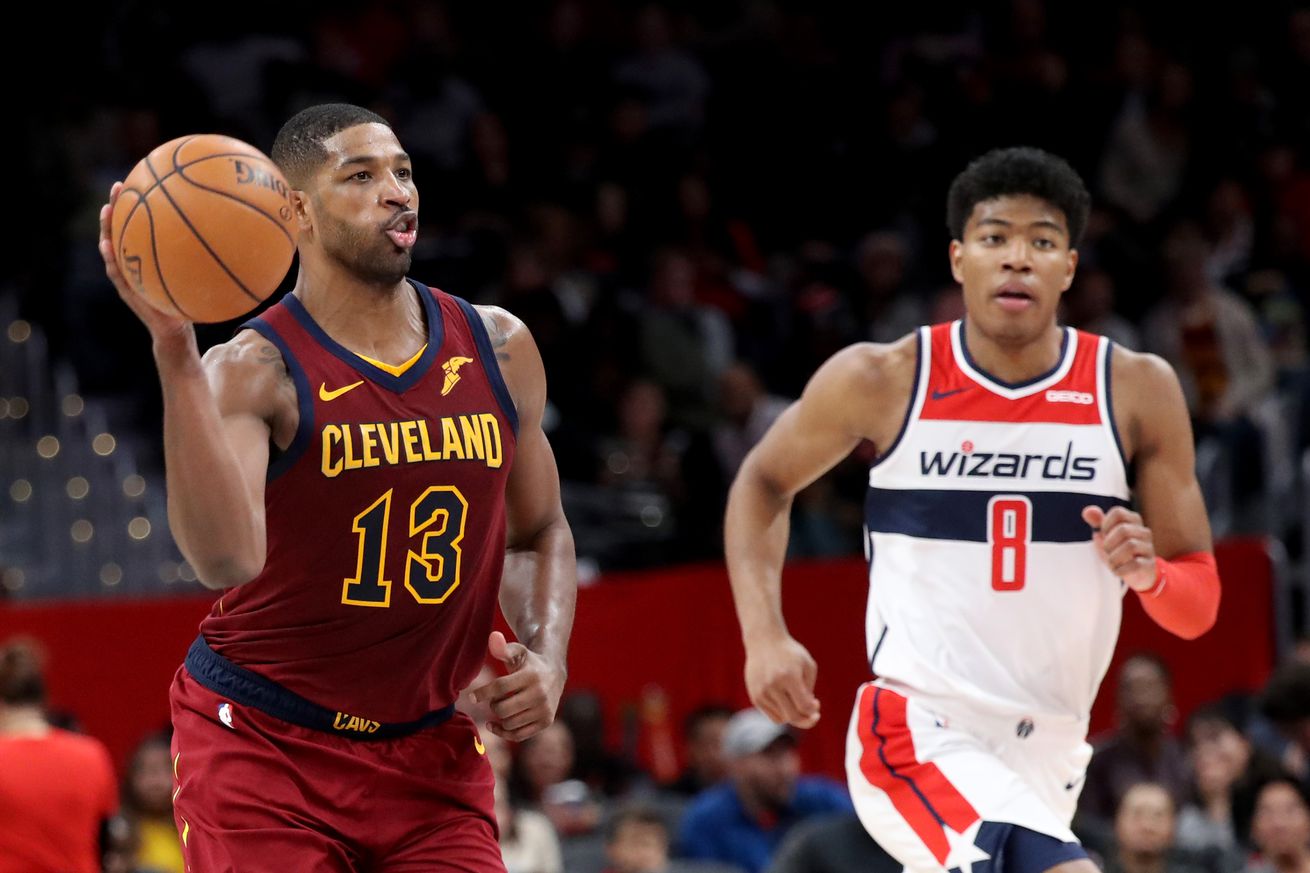 The Cleveland Cavaliers are looking to move their starting center to shed salary. However, does Washington really need the center, even if he’s on the last year of his deal?

Today, I wrote a column explaining that the Wizards shouldn’t try to make “win-now” moves like trading picks for veterans. They are building with youth at the moment and are quietly winning games, even if Bradley Beal has been noticeably frustrated at times.

Looks like Washington, however, wants to do … just that.

ESPN’s Zach Lowe released his latest edition of “The Lowe Post” podcast earlier Monday with fellow writer Brian Windhorst as his guest where they were going over the NBA landscape before the trade deadline this Thursday. At the 15:30-17 minute mark of the podcast, Windhorst mentioned that the Wizards are “quietly trying to buy” on the trade market.

The player whom they are apparently coveting is Cleveland Cavaliers center Tristan Thompson. Windhorst went on to explain that the Cavaliers are looking for salary relief where they could let go of his $18.5 million salary. Furthermore, Thompson is on the last year of his contract.

Like Cleveland, the Wizards have a center who makes a similar salary and is on the last year of his contract, namely Ian Mahinmi. According to the ESPN Trade Machine, the Wizards could trade Mahinmi for Thompson outright. It is also difficult to see any other Wizards-Cavaliers trade scenario where Washington gets Thompson without also trading Mahinmi.

So this is a rumor that came out on Zach Lowe’s pod earlier today.

And yes, Tristan Thompson can be traded for Ian Mahinmi outright. pic.twitter.com/iGhkTgsyuC

Before we get too worked up about the Wizards seriously trying to get Thompson, who is averaging 11.9 points and 10.4 rebounds per game this season, Windhorst also mentioned that the Cavaliers want to get some additional pieces for him, namely draft picks.

The Wizards have an additional 2022 second round draft pick from the Los Angeles Lakers when they acquired Moritz Wagner and Issac Bonga. But Cleveland is looking for a first round pick. I don’t think Washington wants to let go of their 2020 pick, even if this upcoming draft class isn’t particularly “star-studded.”

Though Windhorst maintained that the Wizards are likely in contention to get Thompson, I ultimately don’t see this trade actually happening, mainly because Washington is reluctant to let go of their draft picks, at least based on Tommy Sheppard’s early tenure as General Manager. They also have several young posts, including Thomas Bryant, who was re-signed just last season.