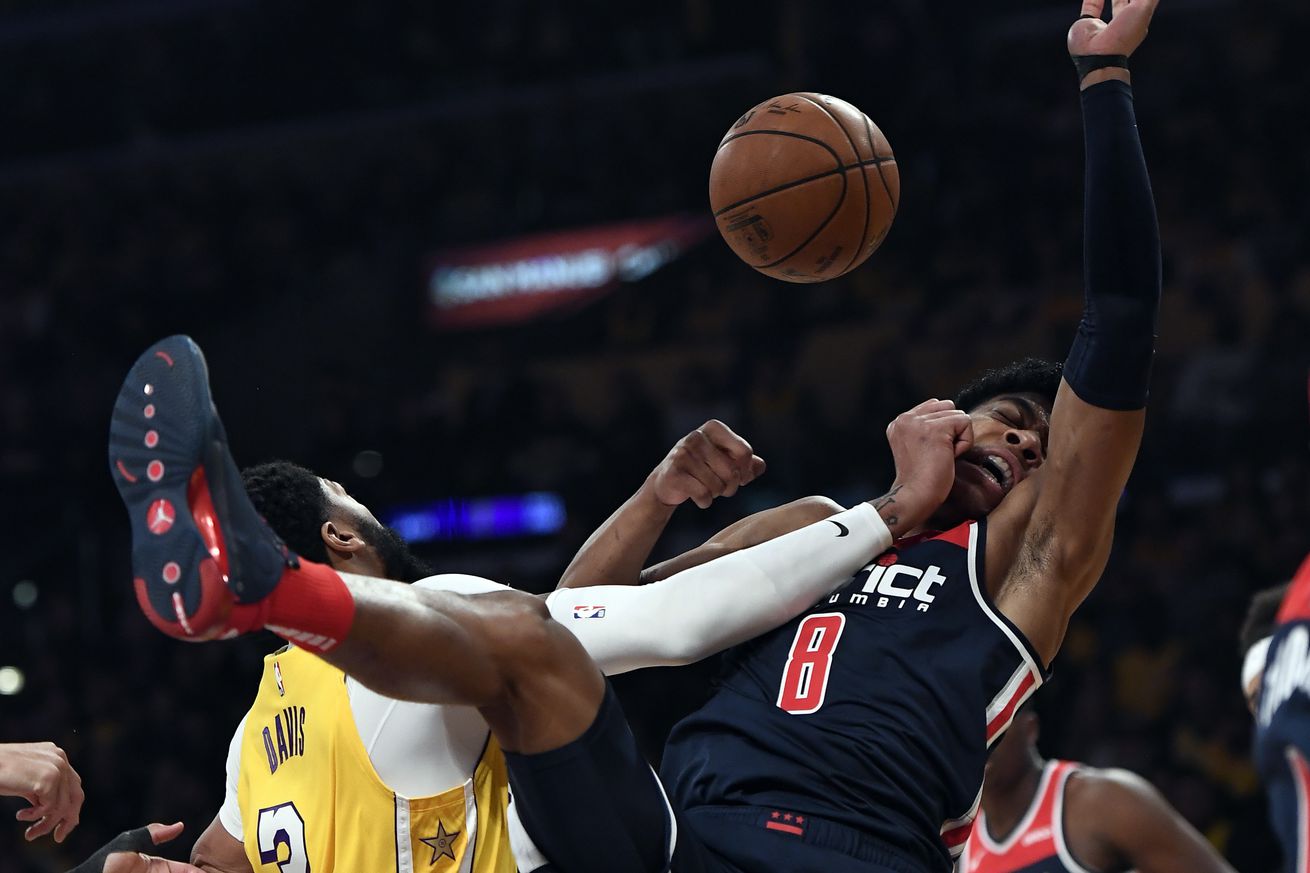 Rui Hachimura is among the NBA leaders in a dubious stat: getting his shot blocked. This one might have been a foul. | Photo by Kevork Djansezian/Getty Images

If your eyes are telling you Wizards rookie Rui Hachimura get his shot blocked a lot, for once they’re not deceiving you. So far this season, Hachimura has had his shot rejected 26 times — tied for fifth most in the NBA.

Here’s the league’s top 10 so far in total times getting a field goal attempt stoned by a defender:

Players near the top of the blocks against leader board tend to be smaller guys who drive a lot or bigs who play close to the basket.

It’s still extremely early in his career, but with decent size, long wingspan, and nearly two-thirds of his shots coming away from the rim, Hachimura shouldn’t be getting rejected so often. The stat indicates a problem that could become significant as teams refine their scouting reports and opposing players figure out his game.

What his first 17 games suggest is Hachimura doesn’t have the athleticism to out-leap or overpower defenders, and he doesn’t have the “game” (moves, counters, tricks of the trade) to get his shot off or get to the free throw line. At least not yet.

While it’s not cause for immediate alarm, getting rejected so frequently is something the team’s coaching and player development staff should address. On his non-blocked shots, Hachimura is shooting 55.2 percent, which is excellent. His high blocks against is a fixable efficiency leak that can make Hachimura more effective and increase the team’s chances of winning.

There’s plenty of reason to think he’ll improve significantly in this area. Hachimura has been playing for relatively few years, and has shown he’s highly coachable. It’s going to take skills training and time building strength, but the rookie has adequate athleticism and reportedly the work ethic to do the work.