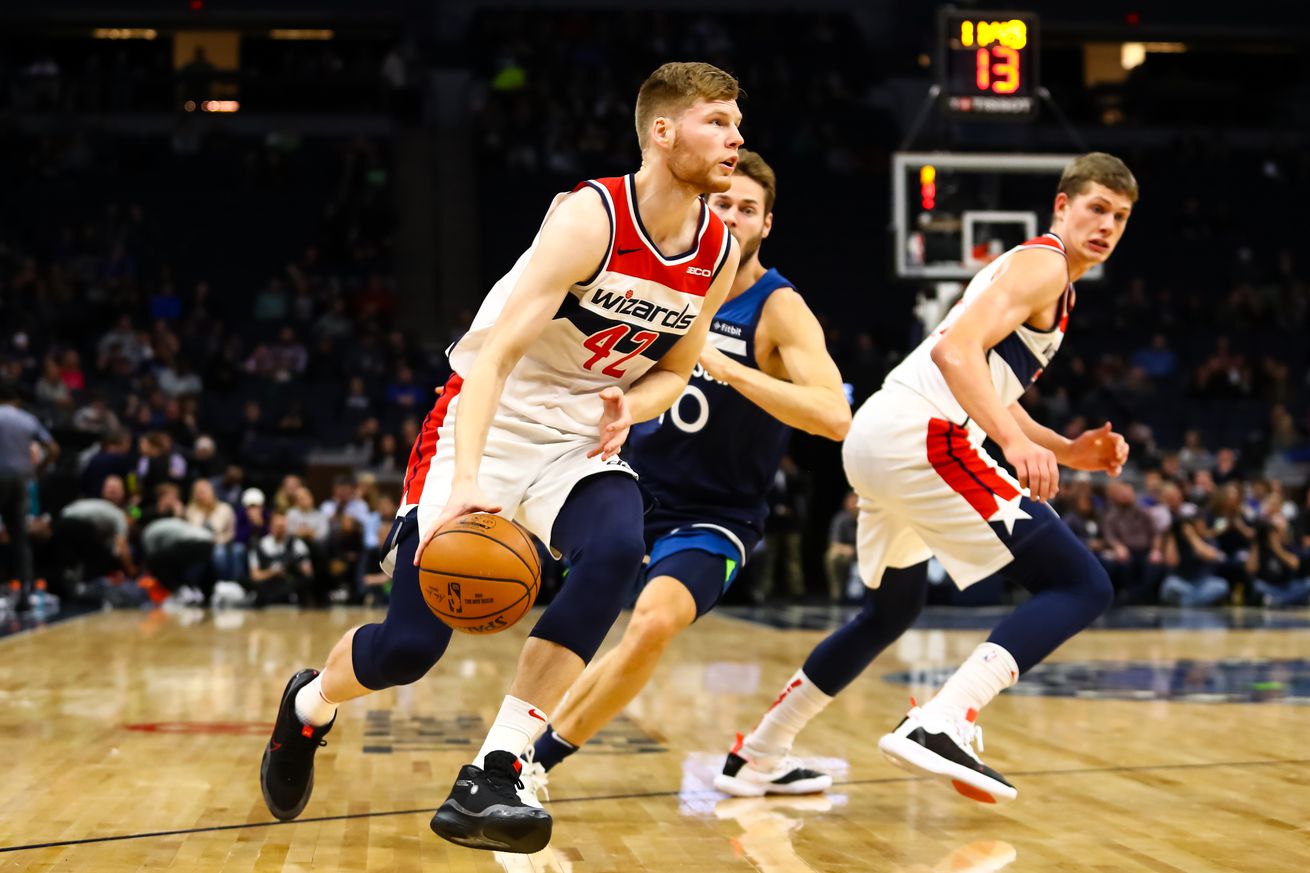 Through games played on November 18, the Washington Wizards had the number one offense in the NBA. That’s not a typo or an error. The Wizards had the league’s best offense.

Clear away the cynicism that’s leaping to your mind. Yes, their record is 3-8 and yes, they have one of the worst defenses in the NBA. That was expected before the season began. But…did you watch them play a game that had a combined 317 points? In regulation?!

The Wizards were expected to be bad. And they are. Many expected horror on both sides of the court — that they would be unable to stop opponents and that, other than Bradley Beal, they’d struggle to score. The latter has not been the case. The Wizards are averaging 118 points per game, third in the NBA behind the Houston Rockets and Milwaukee Bucks. As Kevin Broom noted:

On offense, Washington is getting things done by being good in three of the four factors that figure into offensive efficiency. Specifically, they shoot the ball well (seventh best in effective field goal percentage) and get a relatively high number of offensive rebounds (seventh in offensive rebounding percentage), and they avoid turnovers (seventh). They rank near the bottom in trips to the free throw line, which means there’s room for growth if they can start drawing more fouls.

The Wizards are averaging 19.5 free throw attempts per game, which currently ranks 28th and is a full 9.4 attempts per game behind the Houston Rockets, who lead the NBA in scoring and are third in efficiency. The adage is that bad teams don’t get whistles. The Wizards are a bad, haven’t been getting them, and still are performing at a high level on offense.

What makes it even more impressive is the Wizards are playing this season at a distinct competitive disadvantage. They have $38 million in supermax salary unable to take the floor. They have another $15.4 million consumed by Ian Mahinmi, who has not taken the floor yet this season and assuming everything goes according to plan, likely won’t. That’s $53.4 million in salary — 39% of the league’s luxury tax threshold — unavailable.

The Wizards are in a rebuilding year and although it’s acknowledged, the urge is to think “what if they could defend just a little bit.” It’s a fair thought and it would be fantastic in terms of what it would mean for this roster if they could, but expectations must remain realistic. They don’t have one of their top players available and many currently in the rotation were given away by their prior organizations.

Thomas Bryant was waived by the Los Angeles Lakers. Moritz Wagner and Isaac Bonga, were salary dumps, also by the Lakers. Davis Bertans was traded for the rights to Aaron White, a player never even came to a training camp after being drafted in the second round by the Wizards. CJ Miles was acquired for Dwight Howard, who was on a less expensive contract…and was subsequently waived by the Memphis Grizzlies.

This is a roster full of low-cost gambles without long-term risk, made by new general manager Tommy Sheppard, whose hodgepodge of players somehow has been one of the NBA’s best offenses. If this isn’t the classic case of the glass being half full versus half empty, I don’t know what is.

Offense makes up half the game. People are rightfully quick to point out the other obvious half, but isn’t it a good thing that a team expected to be bad is at least good at half the game? Or has defense become so prioritized by fans that enjoying good offense has become a fashion faux pas? If they were a top defensive team but putrid on offense, what would the reaction be?

Here’s the thing: there are factors in play on defense that simply aren’t part of their long-term plans. That starts at point guard. With Isaiah Thomas on the floor, the Wizards have a 124.4 defensive rating per NBA.com. When he’s off the floor that rating moves to 104.6. That’s mostly with Ish Smith, a player not known for his defense manning the position.

That’s an enormous delta and while Thomas isn’t the the sole problem, his inability to play even bad NBA defense permeates everything that happens on that end when he’s on the floor. The starting lineup around Thomas includes three players who have a combined 3,106 career minutes in the NBA. Those youngsters not only have to learn the game, but are being forced to cover for a teammate whose defense varies from indifferent to incompetent.

Another factor is size. They’re relatively undersized one through four, which is something that needs to be considered by Sheppard as he reshapes the roster. The point here is not to dive into the specific issues defensively but to reiterate that this is not a finished product. Thomas won’t the starting point guard beyond this season. Whoever replaces him will be bigger and more effective defensively. And, Sheppard and the Wizards aren’t going to settle on a long-term starting lineup this soon into a rebuild.

It’s an open question what version of Wall will be available when he returns to the court, but even a diminished Wall is going to help defensively. There’s also another draft just six months away, and the Wizards should be picking high enough to add another building block for the future.

They’ll have other tools available to improve such as the mid-level exception, the second round of the draft (where the Wizards will receive the higher of the pick belonging to Memphis or Chicago), and various trade exceptions. While the product is not close to being finished, we don’t have to marginalized the smaller accomplishments that happen along the way.

To be a contender, a team must play both ends of the floor at a high level — league history backs that up. Hoping for middle of the pack on one end and good on the other isn’t the path to a title as the Randy Wittman or Eddie Jordan teams showed. We’ve seen it year after year. It becomes more difficult to hide players who are liabilities on either end of the floor as the playoffs progress.

But, that’s all for the future. The roster isn’t designed to be a contender right now so there’s not much reason to worry. The Wizards will have opportunities to improve and there will be plenty of time down the road to wring hands about what might go wrong. Until then, le’ts enjoy the little things — like one of the league’s best offenses!