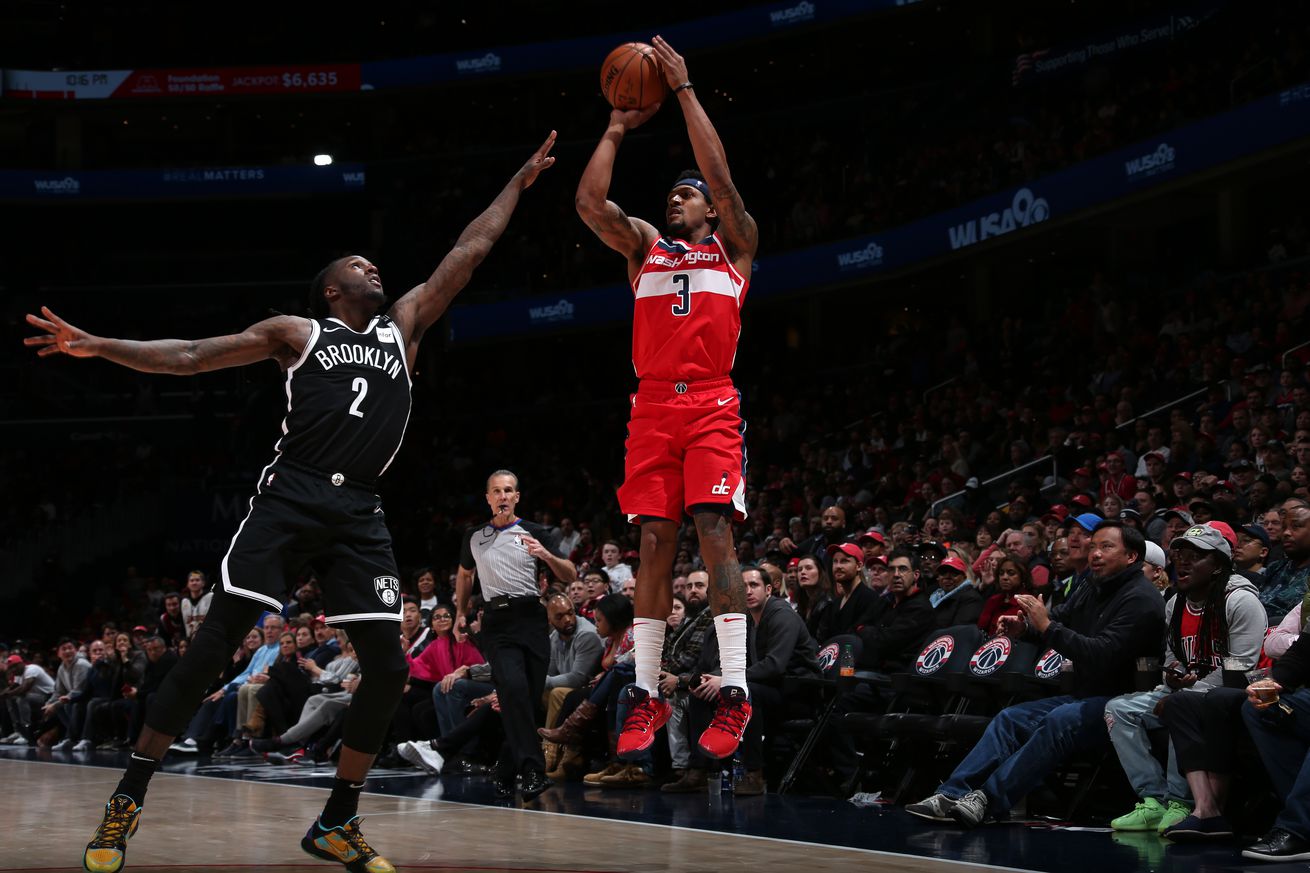 The Wizards have quietly improved their defense and record. And Bradley Beal may not be delusional when he talks about the playoffs. | Photo by Ned Dishman/NBAE via Getty Images

The Wizards have won many of their recent games, which causes us to revisit whether a postseason berth is possible after all.

Before the 2019-20 NBA season, I initially thought the Washington Wizards would firmly be in the NBA Draft Lottery picture. And for much of the first couple months of the season, that certainly seemed to be the case. Washington has the worst defense in the NBA and many key players go injured mideseason, including rookie Rui Hachimura and sophomore Moritz Wagner.

However, as Chase Hughes of NBC Sports Washington noted last Sunday, the Wizards went 7-7 in their last 14 games and won six of their last seven games. These incremental improvements are also playing a part toward why fan confidence has as high as ever.

Though he was not named to the 2020 NBA All-Star Game, Bradley Beal has been confident that Washington can still make the postseason.

“A little pissed off about it … It’s disrespectful. … I’m gonna try and get my team in the playoffs for sure.”

Strong words from Bradley Beal postgame when he was asked about missing the All-Star game. pic.twitter.com/VxaZ5VieUn

Washington is now 17-31, 10th in the Eastern Conference, just 3.5 games behind the Orlando Magic for the eighth playoff seed and 4.5 games behind the Brooklyn Nets for seventh. It will still be difficult for the Wizards to climb to eighth, but doable.

Though an unexpected playoff berth is welcome, it’s more important that the Wizards focus on team and young player development. The NBA trade deadline is this Thursday, Feb. 6 and there will certainly be plenty of talk around players like Davis Bertans and whether he can be swapped for picks or other players. But the Wizards could also trade a pick for a veteran to help them make that “playoff push” Beal would want.

If the Wizards make the playoffs, it will certainly be one of the NBA’s surprise stories this season. But if they do, it’s better that they make that push with their current players instead of doing so by making short-sighted moves that the franchise made in the past.