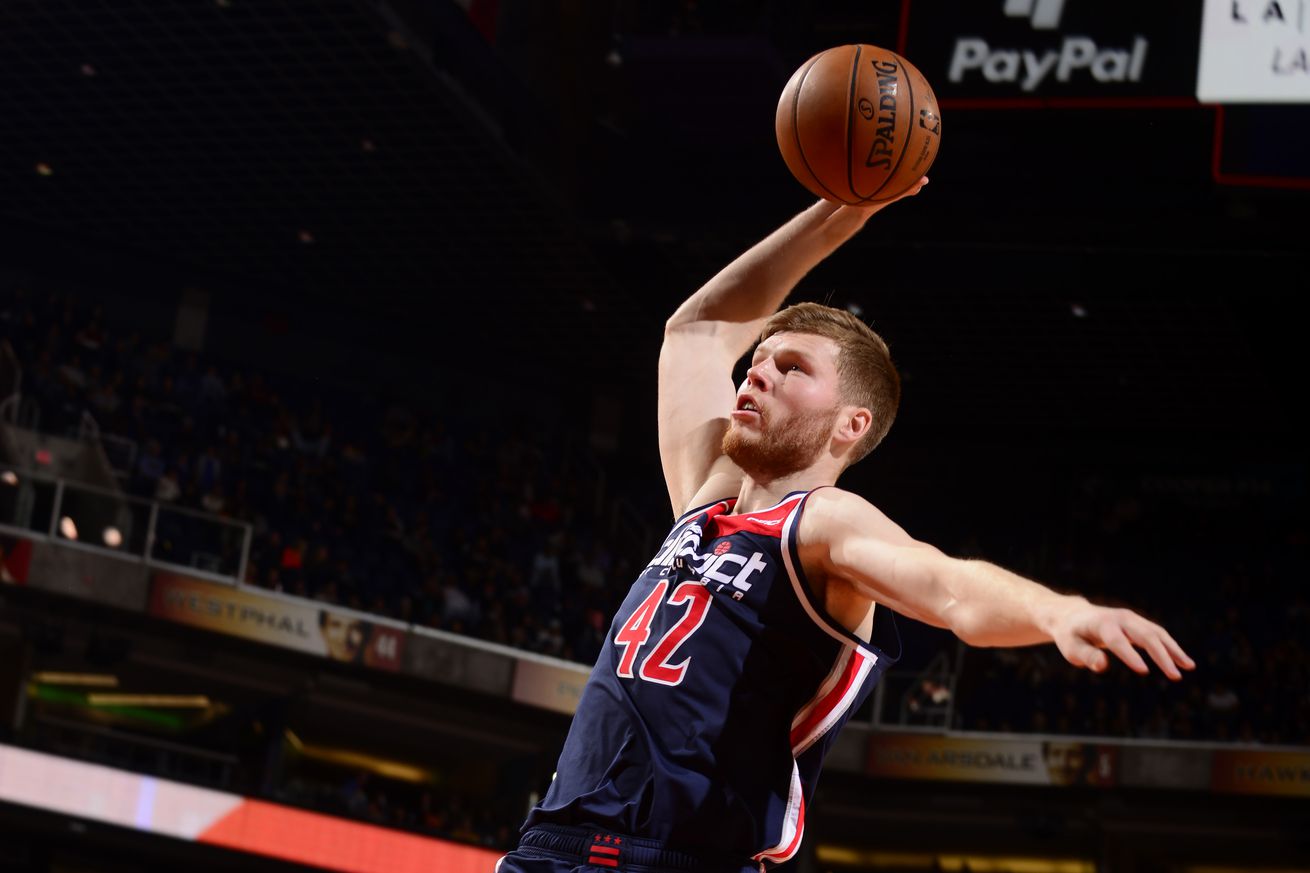 The Wizards forward could be out of town by the NBA trade deadline on Thursday. Could the Latvian Laser be sent out of town before Latvian Heritage Night on Friday?

The Washington Wizards are hosting Latvian Heritage Night on Friday when they host the Dallas Mavericks. But there’s still a possibility that Davis Bertans, Washington’s “Latvian Laser,” won’t be there for the festivities, nor will he be able to party like a rock star with Mase and Dru Hill afterwards.

That’s because he could be shown the door to another team looking for his services. And ultimately, basketball priorities are more important than any promotional night.

According to Chris Mannix of Sports Illustrated, the Boston Celtics are still very interested in acquiring him before the NBA Trade Deadline on Thursday. If Bertans were to swap his Monumental Red jersey for Irish Green later this week, he would presumably be a spark for a bench unit that is particularly poor at three-point shooting.

My position on Bertans hasn’t changed since the trade rumors began. He is happy in Washington and he looks like someone who could be a good fit on a contending Wizards team in a couple seasons, assuming he re-signs with the team. I’m hoping that the Wizards stick to their gut on this one so we can continue to see him drain threes like has all season — and be a part of this Friday’s game as well.