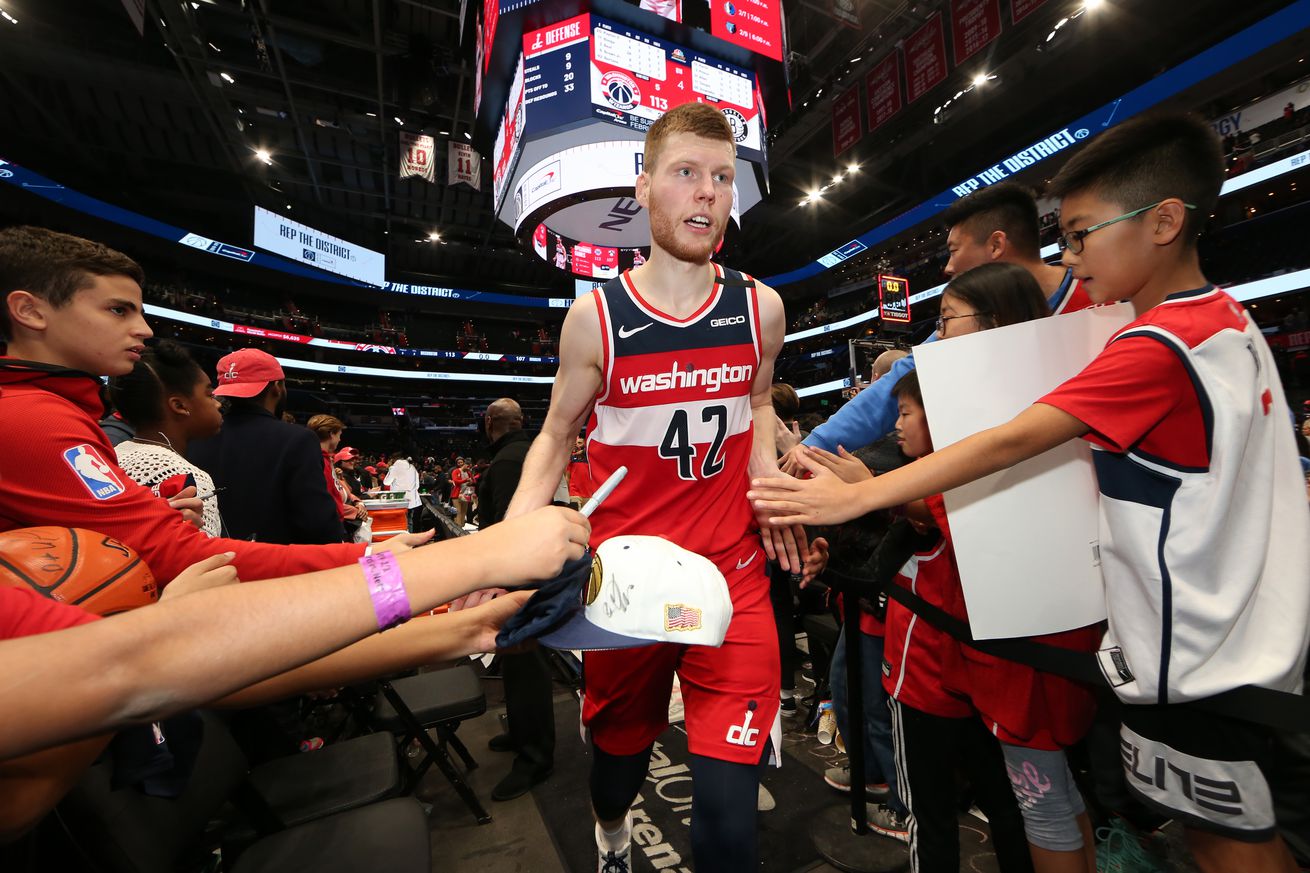 You should watch this Friday’s game for the postgame concert, even if Davis Bertans is traded right before Latvian and Slovenian Heritage Night! And after Washington wins, we’ll have a Mase and Dru Hill concert!

The Washington Wizards will host the Dallas Mavericks this Friday, Feb. 7. Here is why this is a very important game for you to attend. Besides the Xs and Os of the game (which we will cover tomorrow), here’s why:

The Wizards have two Latvians, Davis Bertans and Anzejs Pasceniks. If Bertans is traded away by this Thursday, the is a near certainly that the Wizards will still have Pasecniks on the roster, even though he is on the Go-Go as of the time this piece is published. As for the Mavericks, they have Latvian superstar Kristaps Porzingis on their roster.

The Wizards don’t have any Slovenians, but Dallas point guard and last season’s Rookie of the Year Luka Doncic is. It should be an interesting

Besides learning more about Latvia and Slovenia during the game, there will be an Isaiah Thomas bobblehead and a City Edition serigraph.

The Wizards hold postgame concerts on some Friday games. We’ll have a throwback to the 1990s with rapper Mase and Baltimore-based R&B group Dru Hill performing! The Wizards have called this night R&B and Rap night, but I think we might as well call it 1990s night as well!

For those of you not familiar with Mase’s music, yes, his most famous songs were as a featured artist with the late Notorious B.I.G. or Diddy (whom he has issues with because of music publishing rights), he also has some hits as a primary artist, including “What You Want” below.

And for Dru Hill, they were also really popular, even though their lead singer Sisqó eventually went solo and had “The Thong Song.” But before that song came out, here is “How Deep Is Your Love,” which was part of “Rush Hour’s” soundtrack.

It still surprises me that today how much fashion has changed from the 1990s. We like wearing form-fitting clothing today. But back in the 1990s, looser clothing was more popular, especially among men as you can see from the music videos.

Where can I get tickets?

Click on the link below! Let’s pack the house, root the Wizards to victory and sing along to 1990s pop hits afterwards!

Vox Media has affiliate partnerships. These do not influence editorial content, though Vox Media may earn commissions for products purchased via affiliate links.