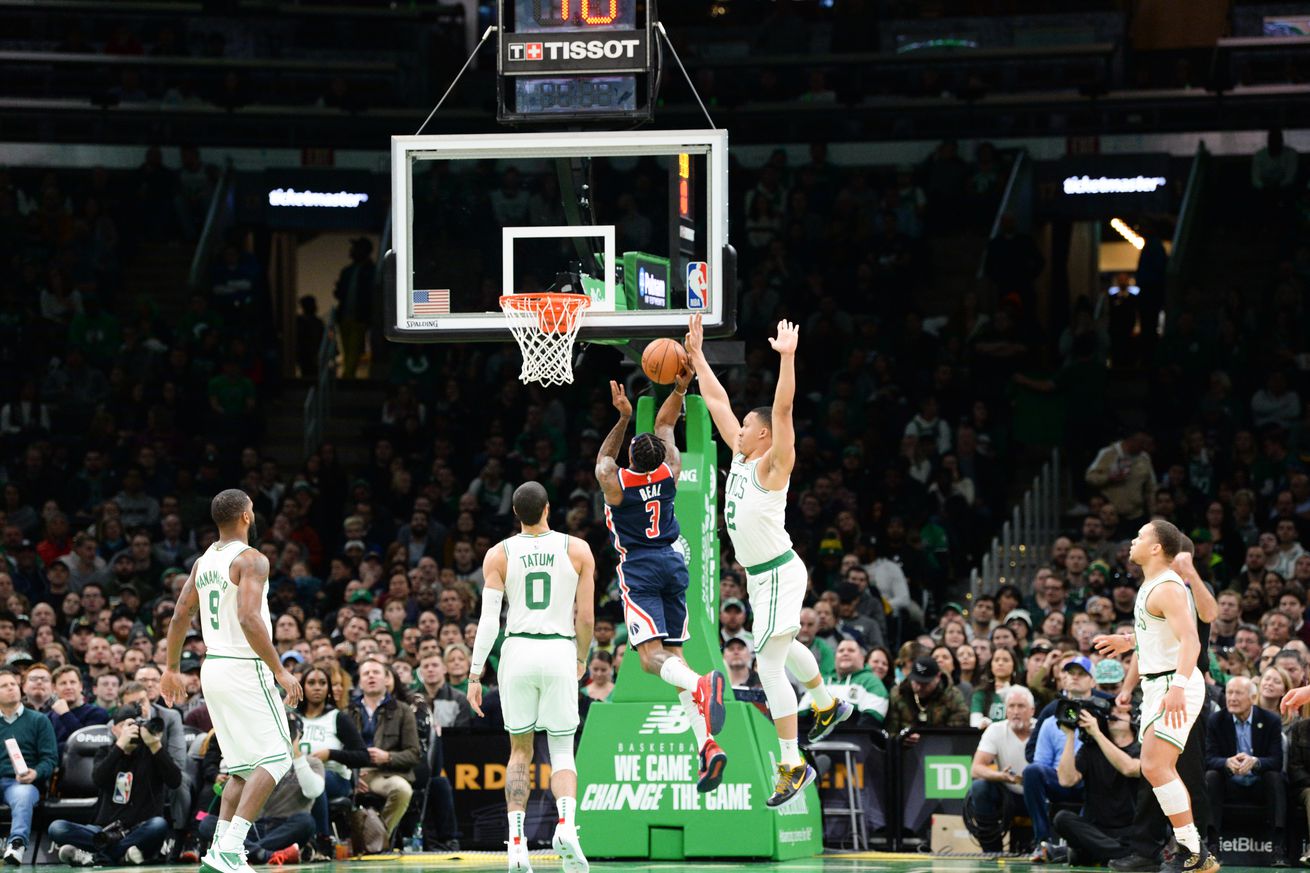 Bradley Beal poured in 44 points on the Celtics, but it wasn’t enough as the Wizards lost 140-133. | Photo by Kathryn Riley/Getty Images

The Wizards lost another high-scoring game, this time in Boston, 140-133. Check out Alan Jenkins game recap. Here’s a look at some of the numbers from the contest.

This was a high-scoring game that bordered on defenseless. The league average offensive rating is about 107 so far this season.

In his book, Basketball On Paper, now-Wizards assistant coach Dean Oliver formalized the four factors (offense and defense) that determine who wins and loses basketball games. The factors:

The Wizards “lost” three of the four factors. By far, the most important factor is shooting — the team that shoots better from the floor wins nearly 80% of the time in the NBA. Washington shot well, but allowed Boston a preposterous .594 effective field goal percentage.

These are two stats I developed. Player Production Average (PPA) is an overall rating metric that credits players for doing things that help a team win and debits them for things that don’t — each in proper proportion to what causes winning and losing. In PPA, 100 is average and higher is better.

Scoreboard Impact Rating (SIR) translates production into points on the scoreboard in this game. In the table below, Beal’s SIR of 61 says that his production against Boston was worth 61 points to the Wizards in this game.

How bad was the Wizards defense?

Boston has scored 20 points in the first four-and-a-half minutes of the third quarter.

For those keeping score at home, during that stretch Washington allowed Boston to score at a rate of 213 points per 48 minutes. My prediction: there’s at least a 50% chance the Wizards allow an opponent to score 100 points on them…in a half.

Tonight marks the third time this season the Wizards have allowed 100 or more points through three quarters. The other two: