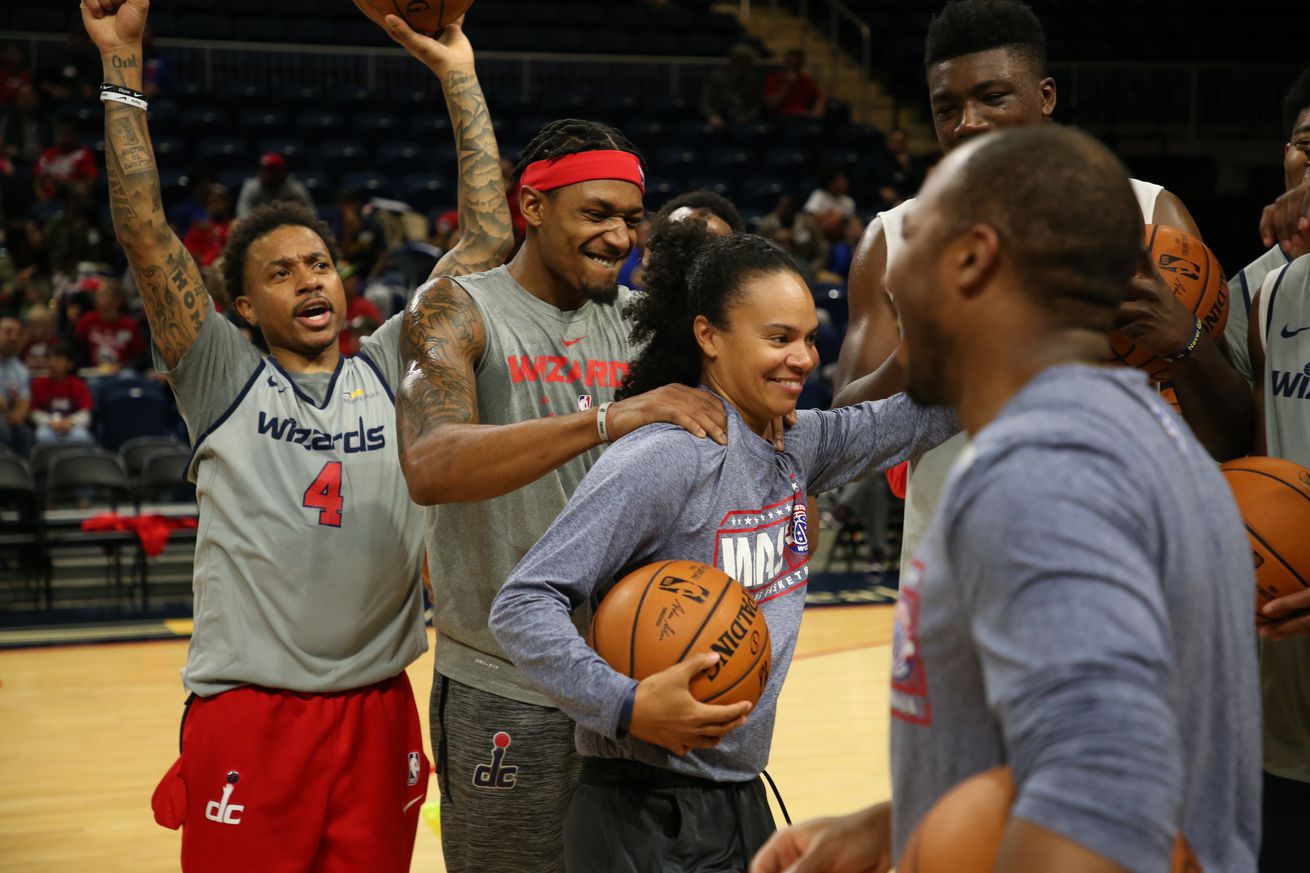 Eight percent of Washington D.C. residents consider the Mystics as their favorite team. Another eight said it was the Wizards. That should make Kristi Toliver happy. | Photo by Ned Dishman/NBAE via Getty Images

The basketball teams in town are tied as favorites among residents in the nation’s capital. But it doesn’t necessarily explain the entire story.

As you may have been aware over the last couple weeks, I was on vacation. Because I was in Belgium for much of it, I’ll write some more on it in the coming days. But for now, I’m playing a little catch-up on various stories I read about the Washington Wizards and Mystics while I was out.

Last Thursday, Nov. 21, Rick Maese and Emily Guskin of The Washington Post wrote about a recent survey of D.C. area residents’ favorite sports teams. As you might expect, the Washington Nationals were the area’s favorite team with 28 percent of residents picking the 2019 World Series Champions. The Washington Capitals and Redskins then shared 10 percent each of the vote.

I was pleasantly surprised to see that the Mystics had a significant number of residents calling them as their favorite sports team. The team’s winning ways over the last three years have certainly turned around the perception of the WNBA in the nation’s capital. It also shows that the Wizards have a lot of room to grow.

However, this recent survey doesn’t mean that the Mystics are just as popular as the Wizards. Though Maese and Guskin noted which teams were residents’ absolute favorite team, there was no ranking for each Washington team relative to each other. That is probably a better way to measure how well a team is performing.

If all the survey respondents had a chance to rank their favorite teams in order in a list that included the Nationals, Capitals, Redskins, Wizards, Mystics, D.C. United and the NWSL’s Spirit, I would think that the Mystics would probably not rank as well as the Wizards once all places are allocated and scored.

Nevertheless, it is quite interesting to see that the Mystics performed as highly as they did in the survey. Perhaps the Wizards could also continue to gain ground in the near future.