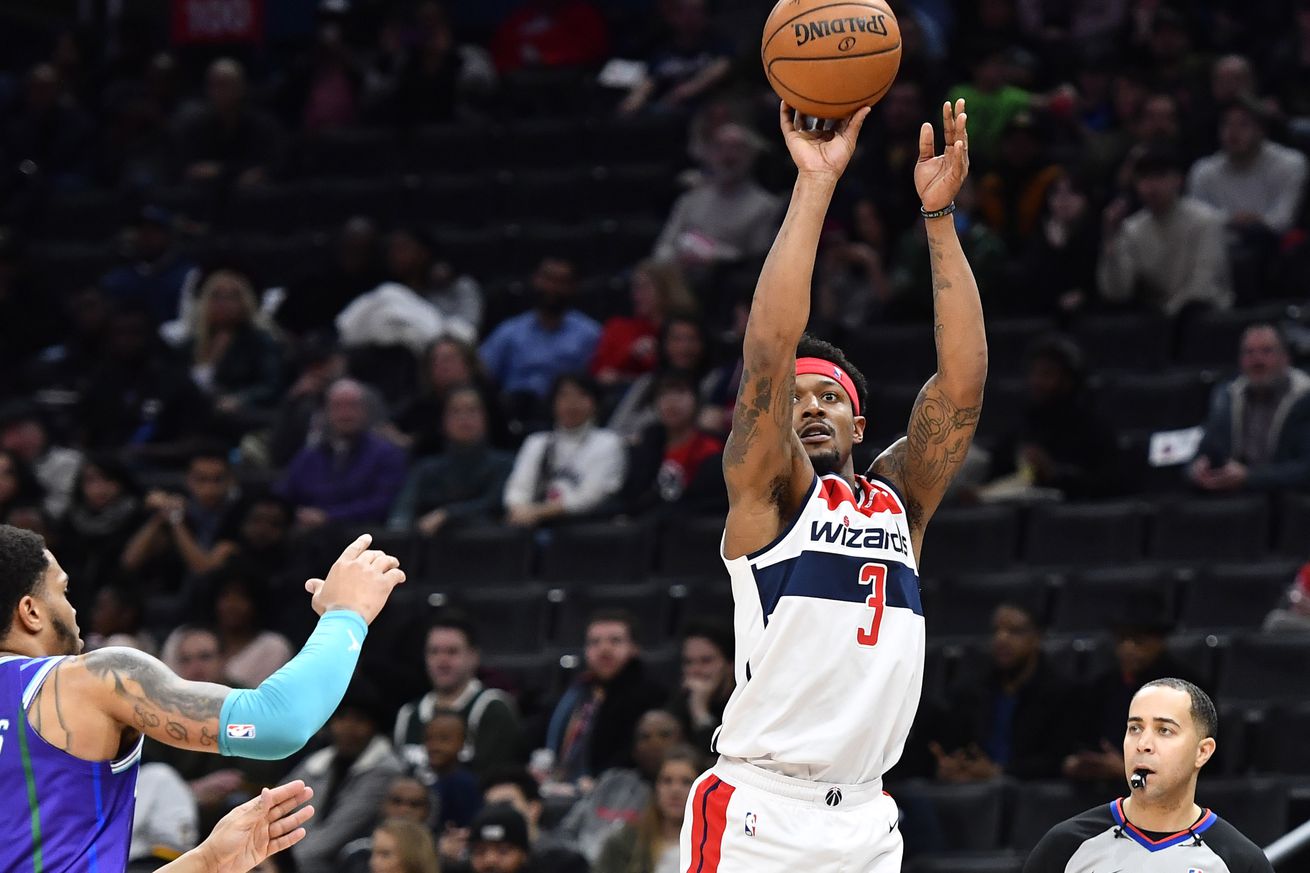 Bradley Beal scored a game-high 34 points and Thomas Bryant added 21 as the Wizards took down the Hornets 121-107 for their second victory over Charlotte this year.

All Washington players not named Bradley Beal were ice cold to start this game as the Hornets jumped on the Wizards early. Charlotte, which averages just 103 points per game, led 60-55 at halftime, and this one looked to have the makings of yet another a team having an out of body experience against the Wizards.

Washington flipped the script in the third quarter, shooting 60 percent from the field and using a 12-0 run to take a 81-74 lead. They wouldn’t look back the rest of the way.

Just minutes before tip off, the All Star reserves were announced. Bradley Beal was not on that list.

Beal played angry to start this one and was in heavy attack mode. He didn’t settle for jumpers early but made a point to attack the hole and was getting to the free throw as a result where he knocked down 9-10 free-throw attempts in the first quarter. After getting warmed up from the free-throw line, he took a step back and drilled two three-pointers en route to 15 of Washington’s 26 first quarter points and finished the first half with 25 points overall.

Beal’s second half performance wasn’t quite as explosive but he still managed to end the night with an impressive 34 points, 9 rebounds, and 9 assists — his fifth straight game eclipsing 30 points.

And in what is one of the craziest box scores you’ll see, Beal scored 34 points on just 16 field goal attempts and only made one shot from two-point range.

Scott Brooks made a tweak to the starting lineup (he must read the tweets) by reinserting Gary Payton II and moving Thomas Bryant to a reserve role.

Bryant looked more comfortable playing the center position than he did over the past few games at power forward. Bryant got his night started with a dunk immediately after entering the game and that got him going as he kept his energy up the entire night. He was able to get some easy baskets from close range in the pick-and-roll game but also stretched the floor by knocking down multiple midrange jumpers.

Bryant ended the night with 21 points (9-11 shooting) to go along with 8 rebounds and it seems like it’s only a matter of time before Bryant re-enters the starting lineup at the center position.

Isaiah Thomas provides a spark in the third quarter

Thomas has received a lot of heat from the Washington faithful (and rightfully so) but tonight, he sparked a third quarter run for the Wizards. Thomas poured in 11 points after halftime and knocked down three three-pointers as Washington pulled away from Charlotte in the third quarter.

The Wizards did not surrender 150 points tonight

After giving up 150+ points in their past two games, the Wizards held the Hornets to 107 points. #Progress

Up Next: The Nets come to town for Washington’s first matchup against Brooklyn this year.