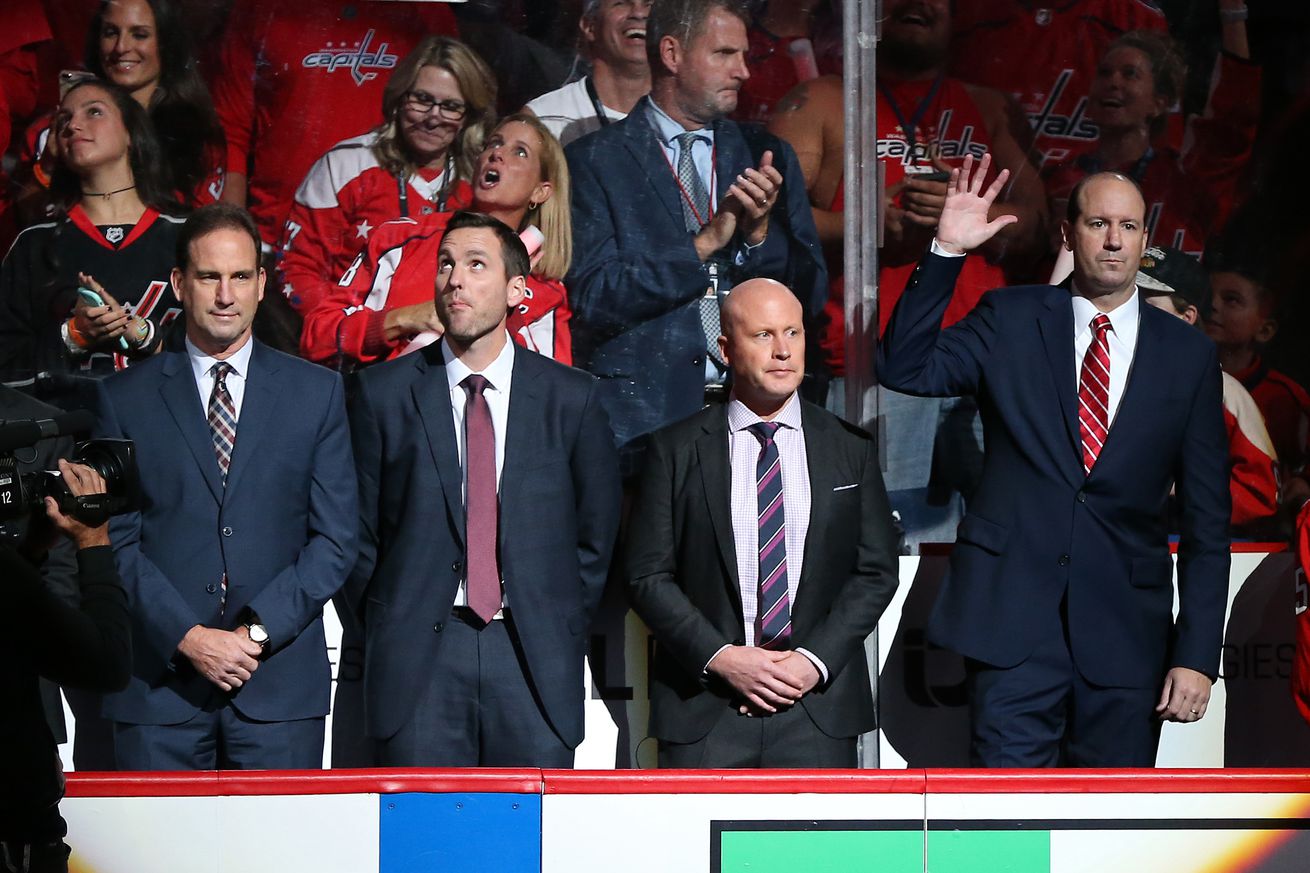 Taking a look at how the Caps’ current stretch of power play struggles stand up to precedent.

The Washington Capitals power play, usually feared throughout the League for its potency, is having some problems. Like, it’s real bad. Over the squad’s last 25 games, the five-on-four power play unit has scored only ten goals, and has given up seven shorthanded goals in the same period. That’s a GF% of only 58.82, a mark that’s exceeded at even strength by both Tampa and Columbus during that same period.

As Blaine Forsythe has sought an escape hatch to boost his unit back towards the production levels for which they are renowned, he has promoted Jakub Vrana to the first power play unit (a decision we advocated for) and has introduced a variety of wrinkles including, most recently and most notably, swapping Alex Ovechkin and Nicklas Backstrom’s sides of the rink. Nothing has worked, and the Capitals find themselves with the unfamiliar distinction of being the third least effective power play in the League since the beginning of December, a period that spans 25 games played.

So how bad are things really? Let’s start by looking at the power play’s rolling success rate numbers dating back to the 2015-16 season, which is when power play opportunity numbers first become available on Hockey Reference, making it possible to correctly calculate the rolling rate.

What we see here is that the power play’s effective has certainly been trending down, and is spending an uncharacteristic stretch beneath the NHL’s median line. However, we’ve seen this power play unit perform worse than they currently are, and for longer stretches, before bouncing back to the stratosphere of the elite. Granted, this doesn’t account for the deluge of shorthanded goals of late, but those are extremely unlikely to be a repeatable phenomenon over the long term, and should be treated as a blip-on-the-radar for our purposes today. Reasonable minds could conclude that this power play doesn’t need any wholesale changes, and that given time and some focused attention from the coaching staff, things will snap back to the way they ought to be.

However, effectiveness is only capturing the outputs. Why don’t we take a look at the inputs to see if there’s anything alarming going on beneath the hood.

Now here’s something to chew on. The Caps’ 5v4 shot rate, although now steadily climbing back to the NHL’s median line, was recently at the lowest we’ve ever seen since the power play has been Blaine Forsythe’s official responsibility. It does bear noting that shot rate leaves something to be desired when it comes to deriving conclusions about a power play’s performance, but this would seem to support a hypothesis that the team is struggling to carry the puck into the offensive zone and get into their attack formation. In fact, in the seven seasons that Forsythe has held the power play reins, this is longest the unit has spent under the NHL median-line for shot rate.

The good news is that things do seem to be stabilizing (efficiency) or reversing (shot-rate) at the moment, and if the Caps can dry up the short-handed goals allowed, which really ought to be academic, they’re likely to get back to a palatable level of performance. However, stacked as they are in scoring skill, “palatable” is an awfully low bar. And worse, with the team playing as well as they are at 5v5 and on the penalty kill, every game the power play woes continues enhances the degree of missed opportunity to create some seperation in the standings.