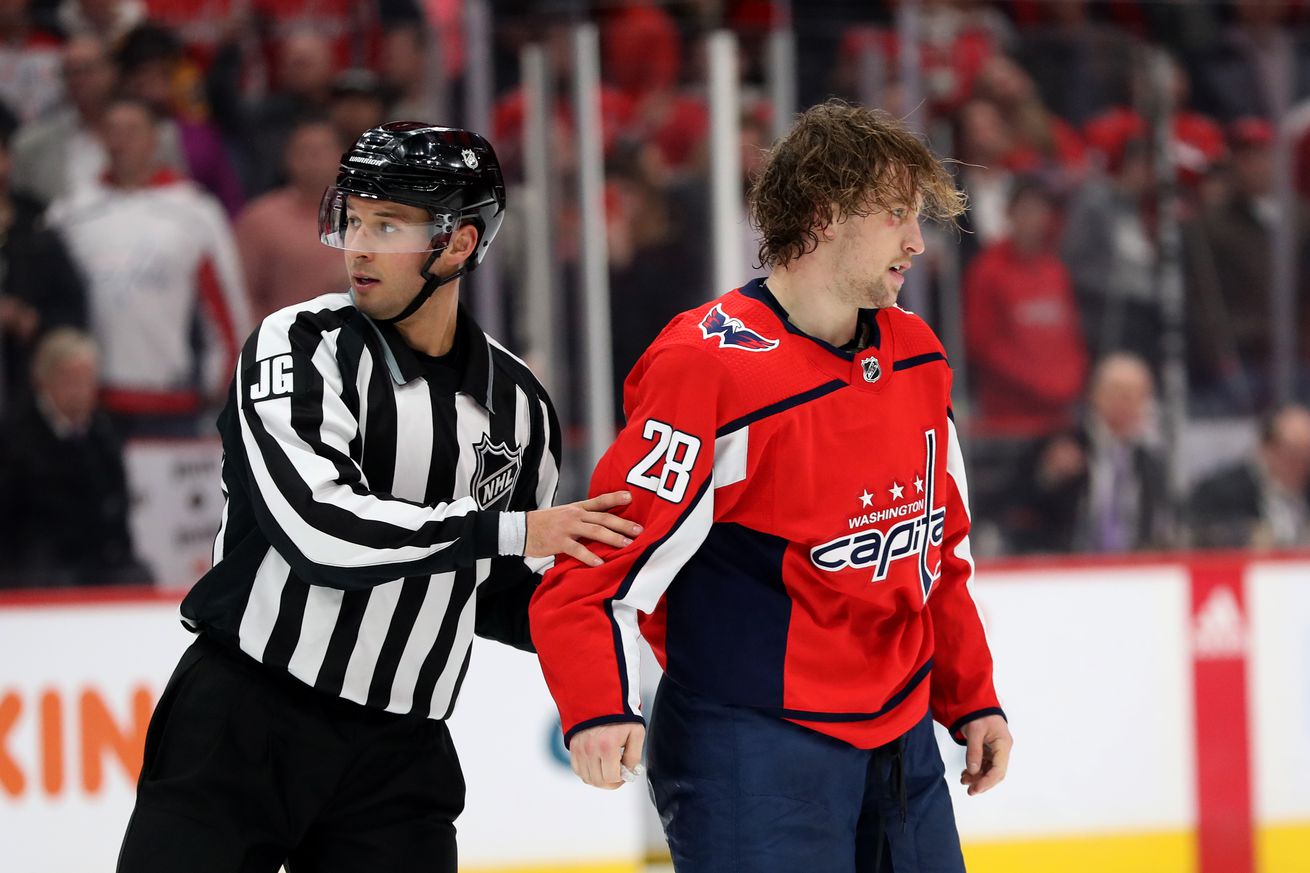 Richard Panik finally shaking that monkey off his back with his first goal as a Capital… Vrana’s Datsyukian shootout goal in Boston… 2016 draft pick Beck Malenstyn making his NHL debut in New York, and almost beating Henrik Lundqvist… overcoming Jaroslav Halak for a shootout win in Boston… Brendan Leipsic’s thunderous hit on Derek Grant… Leipsic making sure that Chandler Stephenson got some knucks for his goal:

Garnet Hathaway spitting on Erik Gudbranson during a scrum… Erik Gudbranson’s sucker punch that preceded the spitting incident… the NHL going way over the line with a three-game ban for spitting… a relatively healthy Caps team getting hit with the injury bug… the Caps’ PK without Carl Hagelin and Nic Dowd… two losses by three goals, bringing their season total of such games up to three.

3) Assistant GM Don Fishman and team. Navigating a cap-crunched team through the season can’t be easy even when everyone’s healthy – throw a trio of forward injuries (and a ludicrous suspension) into the mix and the math gets that much more complicated. It hasn’t always been pretty, but Fishman & Co. have made sure that the Caps can at least ice a full lineup every night – and that’s not nothing.

2) Evgeny Kuznetsov. Kuznetsov seems to have rediscovered his scoring touch, adding another four points (two goals and two assists) this week and scoring in the shootout to help the Caps down the Bruins.

1) John Carlson. He cannot be stopped.

Week in Review: Hit and Miss.

The Caps played some of their best hockey in the shootout win over the Bruins last weekend (a game that was a lot closer thanks to Boston goalie and former Caps’ nemesis Jaroslav Halak). They then followed it up with a feisty, scrappy, no-holds-barred team effort against the Ducks. But those two great performances were sandwiched between two lopsided losses – one more understandable than the other, to be sure, but both frustrating.

Alas, can’t win ‘em all and injuries happen and sometimes you just have an off night. Here’s hoping for less of that stuff and more of the good stuff as Thanksgiving Week looms.