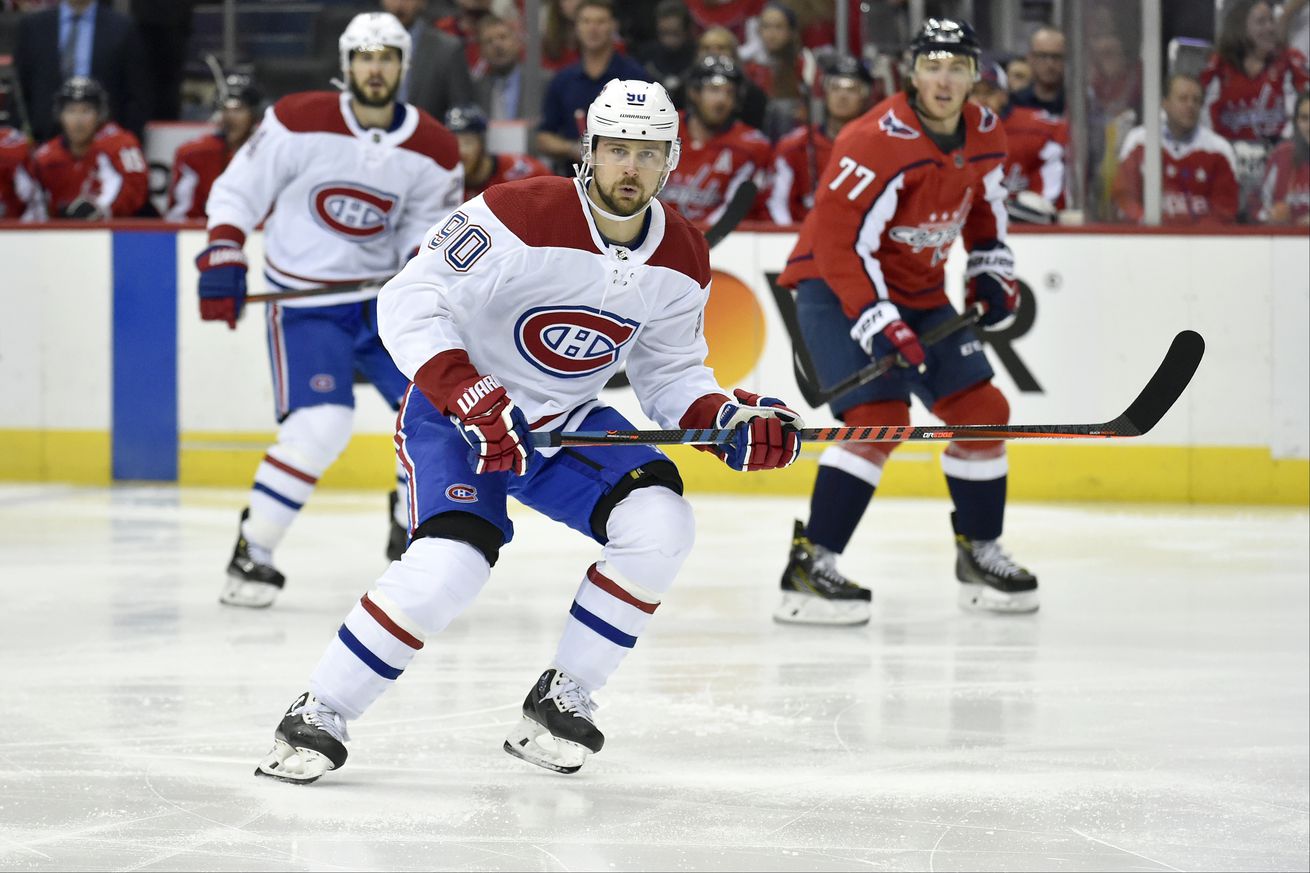 No scoring so far, with the first period concluding bloodlessly at 0-0.

Well, sort of. Capitals forward Brendan Leipsic blocked a shot with his leg, and made his way very slowly off the ice. He was seen on the bench grimacing as the training staff attended to him.