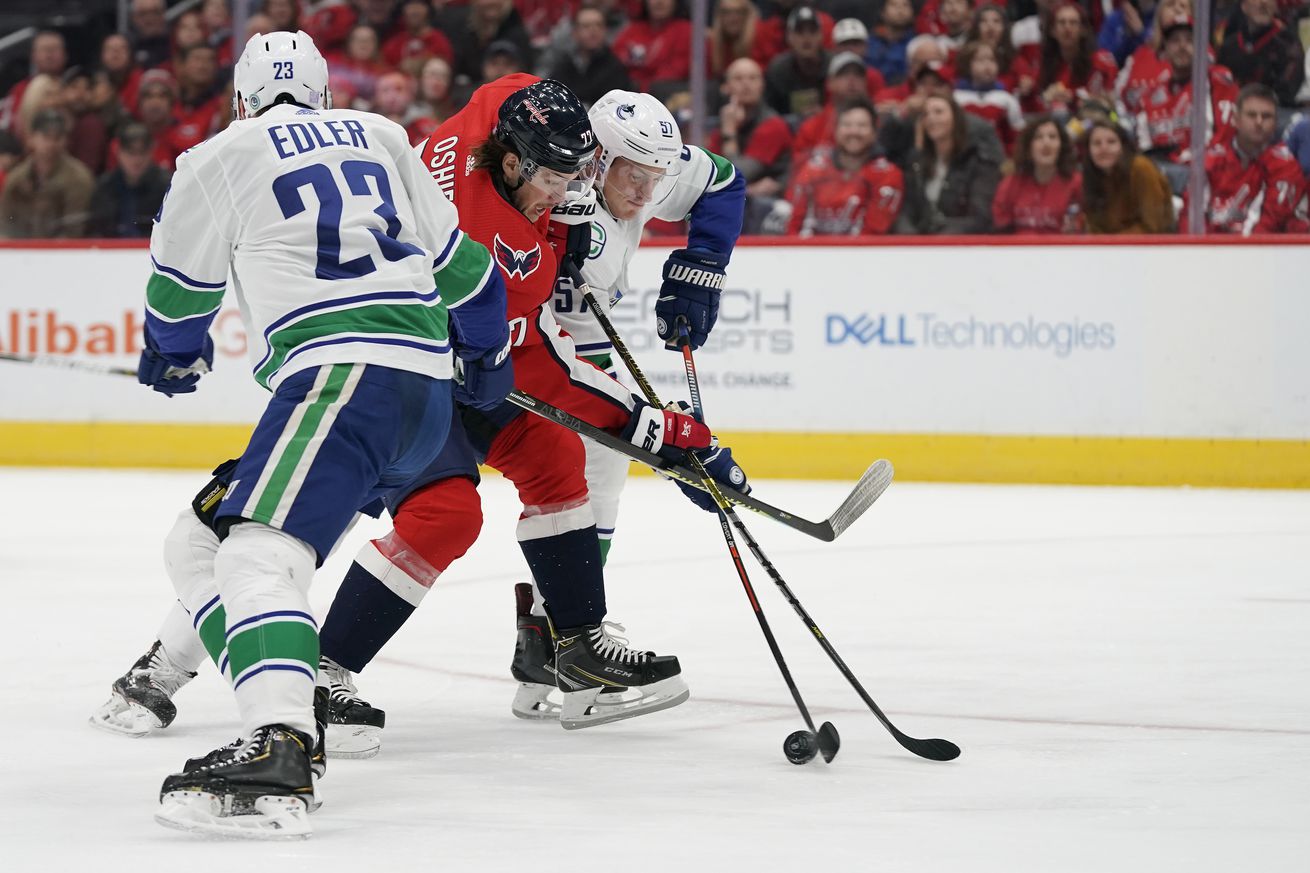 The Capitals continued to play with fire in the second frame, taking four penalty already through just 40 minutes against the Canucks.

But no harm no foul, we suppose, and this one remains tied at 1-1 after two.